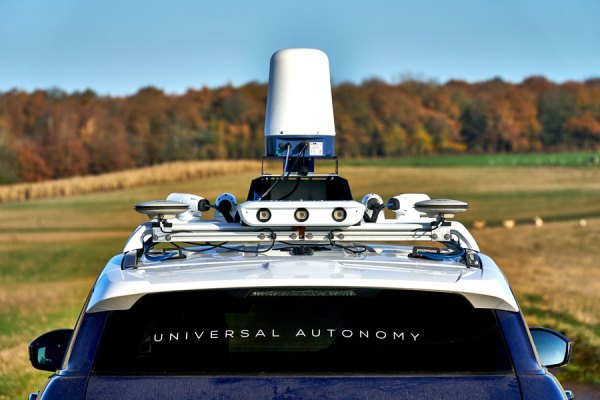 While the world continues to await the arrival of safe, reliable and cost-effective self-driving cars, one of the pioneers in the world of autonomous vehicle software has raised some substantial funding to double down on what it sees as a more immediate opportunity: providing technology to industrial companies to build off-road applications.

Oxbotica, the Oxford, England startup that builds what it calls “universal autonomy” — flexible technology that it says can power the navigation, perception, user interfaces, fleet management and other features needed to run self-driving vehicles in multiple environments, regardless of the hardware being used — has picked up $47 million in a Series B round of funding from an interesting mix of strategic and financial investors.

Oxbotica said it plans to use the capital to fuel a raft of upcoming deployments — several that will be coming online this year, according to its CEO — for clients in areas like mining, port logistics and more, with its lead investor bp an indication of the size of its customers and the kinds of projects that are in its sights.

The question, CEO Ozgur Tohumcu said in an interview, is “Where is the autonomy needed today? If you go to mines or ports, you can see vehicles in use already,” he said. “We see a huge transformation happening in the industrial domain.”

The funding and focus on industry are interesting turns for Oxbotica. The startup has been around since about 2014, originally as a spinout from Oxford University co-founded by academics Paul Newman and Ingmar Posner — Newman remains at the startup as its CTO, while Posner remains an AI professor at Oxford.

Oxbotica has been associated with a number of high-profile projects — early on, it provided sensor technology for Nasa’s Mars Rover, for example.

Over time, it has streamlined what it does to two main platforms that it calls Selenium and Caesium, covering respectively navigation, mapping, perception, machine learning, data export and related technology; and fleet management.

Newman says that what makes Oxbotica stand out from other autonomous software providers is that its systems are lighter and easier to use.

“Where we are good is in edge compute,” he said. “Our radar-based maps are 10 megabytes to cover a kilometer rather than hundreds of megabytes… Our business plan is to build a horizontal software platform like Microsoft’s.” That may underplay the efficiency of what it’s building, however: Oxbotica also has worked out how to efficiently transfer the enormous data loads associated with autonomous systems, and is working with companies like Cisco to bring these online.

In recent years Oxbotica has been synonymous with some of the more notable on-road self-driving schemes in the U.K. But, as you would expect with autonomous car projects, not everything has panned out as expected.

A self-driving pilot Oxbotica kicked off with London-based car service Addison Lee in 2018 projected that it would have its first cars on the road by 2021. That project was quietly shut down, however, when Addison Lee was sold on by Carlyle last year and the company abandoned costly moonshots. Another effort, the publicly backed Project Endeavour to build autonomous car systems across towns in England, appears to still be in progress.

The turn to industrial customers, Newman said, is coming alongside those more ambitious, larger-scale applications. “Industrial autonomy for off-road refineries, ports and airports happens on the way to on-road autonomy,” he said, with the focus firmly remaining on providing software that can be used with different hardware. “We’ve always had this vision of ‘no atoms, just software,’ ” he said. “There is nothing special about the road. Our point is to be agnostic, to make sure it works on any hardware platform.”

It may claim to have always been interested in hardware- and application-agnostic autonomy, but these days it’s being joined by others that have tried the other route and have decided to follow the Oxbotica strategy instead. They include FiveAI, another hyped autonomous startup out of the U.K. that originally wanted to build its own fleet of self-driving vehicles but instead last year pivoted to providing its software technology on a B2B basis for other hardware makers.

Oxbotica has now raised about $80 million to date, and it’s not disclosing its valuation but is optimistic that the coming year — with deployments and other new partnerships — will bear out that it’s doing just fine in the current market.

“bp ventures are delighted to invest in Oxbotica – we believe its software could accelerate the market for autonomous vehicles,” said Erin Hallock, bp ventures managing partner, in a statement. “Helping to accelerate the global revolution in mobility is at the heart of bp’s strategy to become an integrated energy company focused on delivering solutions for customers.”