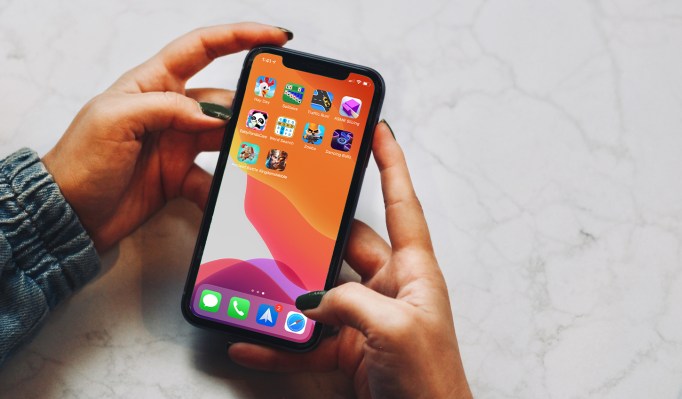 More than 2,500 mobile games have been removed from China’s App Store during the first week of July, according to a new report from app store intelligence firm Sensor Tower. The removals were expected due to a planned crackdown on unlicensed games, but this data is the first to demonstrate the impact on the app economy.

The removals have to do with Apple’s new compliance with Chinese gaming regulations.

Apple earlier this year set a deadline of June 30 for app developers to comply with a Chinese law for mobile games, first introduced in 2016. The law requires game developers offering paid downloads or in-app purchases to get a license from one of the country’s censorship bodies, the General Administration of Press and Publication of China.

For years, iPhone game developers had skirted the law by publishing their games, then waiting for their license approval. This can be a long and tedious process that could take many months, or longer if there’s a freeze underway — as in 2018. Then, the gaming industry saw a nine-month halt on the issuing of licenses as Chinese regulators reshuffled their duties to clamp down further on games containing pornography, gambling, violence and any other content deemed inappropriate by Beijing.

Major Android app stores had already enforced the 2016 rule, but Apple’s loophole allowed a mobile gaming industry to thrive on the iPhone platform in China for years. 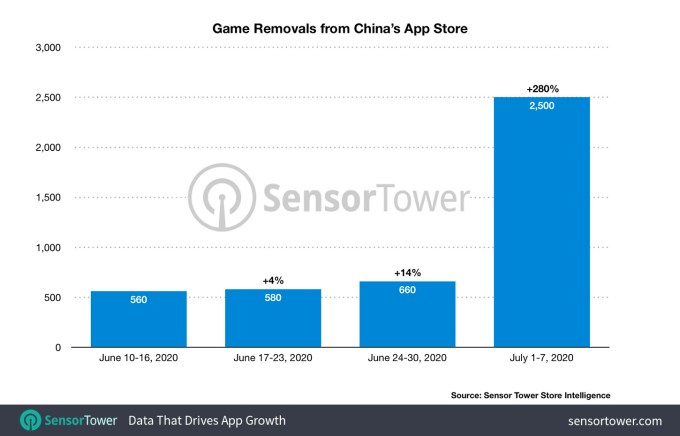 Apple’s decision was expected to see the removal of thousands of games from the App Store, starting in July. Sensor Tower data indicates that came to pass.

However, its data is only able to capture those games that saw enough downloads to rank in the App Store’s charts, including the game subcategory charts.

Combined, the removed games generated $34.7 million in lifetime gross revenue, with one game accounting for more than $10 million and six that earned over $1 million.

The longer-term fallout from the removals may show up in Apple’s bottom line, as China has been the most lucrative mobile games market in the world, noted Sensor Tower, including on iOS. In 2019, games on China’s App Store generated an estimated $12.6 billion, or 33.2% of all global games spending on Apple’s marketplace last year, the firm said.