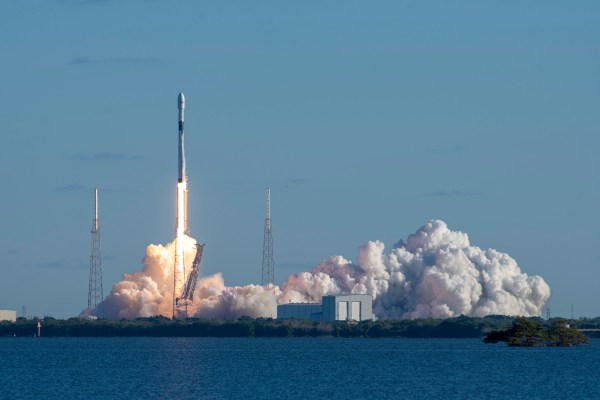 GPS is one of those science fiction technologies whose use is effortless for the end user and endlessly challenging for the engineers who design it. It’s now at the heart of modern life: everything from Amazon package deliveries to our cars and trucks to our walks through national parks are centered around a pin on a map that monitors us down to a few meters.

Yet, GPS technology is decades old, and it’s going through a much-needed modernization. The U.S., Europe, China, Japan and others have been installing a new generation of GNSS satellites (GNSS is the generic name for GPS, which is the specific name for the U.S. system) that will offer stronger signals in what is known as the L5 band (1176 MHz). That means more accurate map pinpoints compared to the original generation L1 band satellites, particularly in areas where line-of-sight can be obscured, like urban areas. L5 was “designed to meet demanding requirements for safety-of-life transportation and other high-performance applications,” as the U.S. government describes it.

It’s one thing to put satellites into orbit (that’s the easy part!), and another to build power-efficient chips that can scan for these signals and triangulate a coordinate (that’s the hard part!). So far, chipmakers have focused on creating hybrid chips that pull from the L1 and L5 bands simultaneously. For example, Broadcom recently announced the second-generation of its hybrid chip.

OneNav has a totally different opinion on product design, and it placed it right in its name. Eschewing the hybrid chip model of mixing old signals with new, it wants one chip monitoring the singular band of L5 signals to drive cost and power savings for devices. One nav to rule them all, as it were.

The company announced today that it has closed a $21 million Series B round led by Karim Faris at GV, which is solely funded by Alphabet. Other investors included Matthew Howard at Norwest and GSR Ventures, which invested in earlier rounds of the company. All together, OneNav has raised $33 million in capital and was founded about two years ago.

CEO and co-founder Steve Poizner has been in the location business a long time. His previous company, SnapTrack, built out a GPS positioning technology for mobile devices that sold to Qualcomm for $1 billion in stock in March 2000, at the height of the dot-com bubble. His co-founder and CTO at OneNav, Paul McBurney, has similarly spent decades in the GNSS space, most recently at Apple, according to his LinkedIn profile. 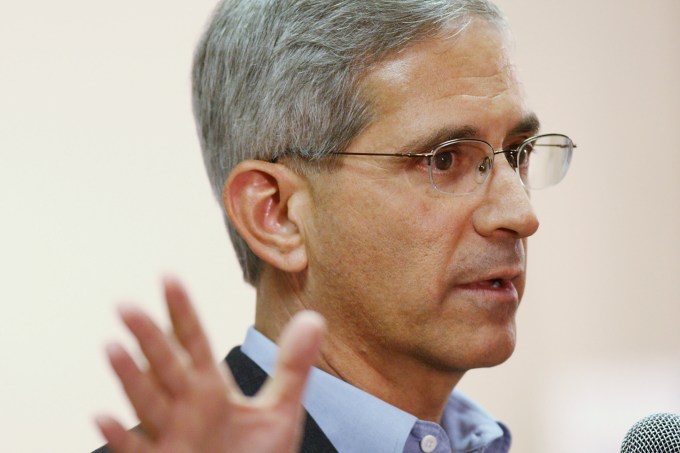 They saw an opportunity to build a new navigation company as L5 band satellites have switched on in recent years. As they looked at the market and the L5 tech, they decided they wanted to go further than other companies by eliminating the legacy tech of older GPS technology and moving entirely into the future. By doing that, its design is “half the size of the old system, but much higher reliability and performance,” Poizner said. “We are aiming to get location technology into a much broader number of products.”

He differentiated between upgrading GPS from upgrading wireless signals. “With these L5 satellites, we don’t need the L1 satellites anymore [but] with 5G, you still need 4G,” he said. L5 band GPS does everything that earlier renditions did, but better, whereas with wireless technologies, they often need to complement each other to offer peak performance.

There’s one caveat here: The L5 signal is still considered “pre-operational” by the U.S. government, since the U.S. GPS system only has 16 satellites broadcasting the signal today, and is targeting 24 satellites for full deployment by later in this decade. However, other countries have also deployed L5 GNSS satellites, which means that while it may not be fully operational from the U.S. government’s perspective, it may well be good enough for consumers.

OneNav’s goal according to Poizner is to be “the Arm of the GNSS space.” What he means is that like Arm, which produces the chip designs for nearly all mobile phones globally, OneNav creates comprehensive designs for L5 band GPS chips that can be integrated as a system-on-chip into the products of other manufacturers so that they can “embed a high-performance location engine based on their silicon.”

The company today also announced that its first design customer will be In-Q-Tel, the U.S. intelligence community’s venture capital and business development organization. Poizner said that through In-Q-Tel, “we now have a development contract with a U.S. government agency.” The company is expecting that its customer evaluation units will be completed by the end of this year with the objective of potentially having OneNav’s technology in end-user devices by late 2022.

Location tracking has become a major area of investment for venture capitalists, with companies working on a variety of technologies outside of GPS to offer additional detail and functionality where GPS falls short. Poizner sees these technologies as ultimately complementary to what he and his team are building at OneNav. “The better the GPS, the less pressure on these augmentation systems,” he said, while acknowledging that, “it is the case though that in certain environments [like downtown Manhattan or underground in a subway], you will never get the GPS to work.”

For Poizner, it’s a bit of a return to entrepreneurship. Prior to starting OneNav, he had been heavily involved in California state politics. Several years after the sale of SnapTrack to Qualcomm, he unsuccessfully ran for a seat in the California State Assembly. He later was elected California’s insurance commissioner in 2007 under former Governor Arnold Schwarzenegger. He ran for governor in 2010, losing in the Republican primary against Meg Whitman, who made her name as the longtime head of eBay. He ran for his former seat of California insurance commissioner in 2018, this time as a political independent, but lost.

OneNav is based in Palo Alto and currently has more than 30 employees.