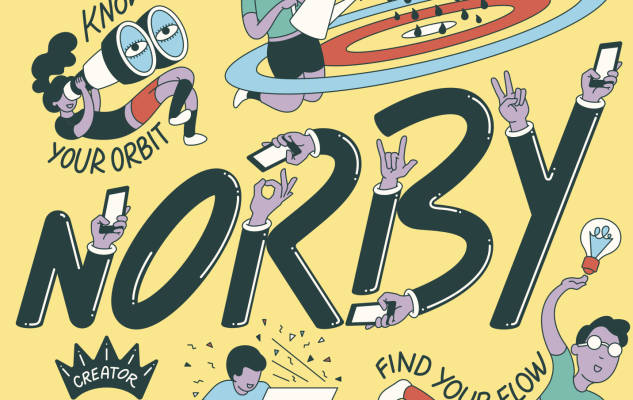 Early in the pandemic, Nick Gerard, Steven Layne, and Samantha Safer Valentine had a hit on their hands. In the era before Zoom fatigue set in, the trio launched Mainstream Live, a website and newsletter that curated live virtual events across platforms and gave people text-based reminders to check them out.

“We started with the discovery problem of people looking for cool things to do online,” Gerard told TechCrunch. “Right away we knew that we were tapping into something.” Overnight, tens of thousands of people were on the site, browsing for online events to keep them connected in a period of unprecedented social isolation.

After going viral, the Mainstream Live team found itself inundated with questions about the tools it used to surface events and keep its community in the loop. As the team built more services for its own needs, it eventually opened its custom toolkit, sharing the code to other community leads and content creators who implemented the same set of tools with a rebrand.

“People loved it — more and more people asked for it,” Gerard said. “We got to the point where we were juggling a dozen of [these] for different partners.” By the fall, the team wound down the original community, leaned into the inbound interest in its toolset and built Norby. 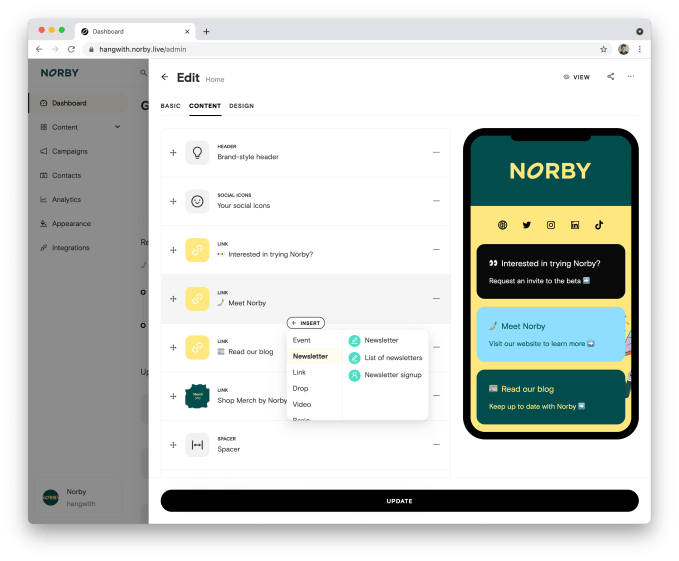 The new company rolled together everything that people were asking for: a link-in-bio service, referral tracking, SMS, ticketing and other marketing tools necessary to keep a small brand or creator community humming.

Gerard says the team at Norby has been “following that signal” ever since. Now, Norby has raised a $3.8 million seed round led by Gradient Ventures, Google’s venture AI-focused fund, to grow its team and scale its full-stack marketing platform to new heights. Bungalow Capital, BBG Ventures, Charge VC and Notation also participated in the funding round.

Norby’s big idea is to combine services like LinkTree, Eventbrite and MailChimp into a single, affordable, subscription-based service, offering anyone who handles an online community a single solution rather than an expensive patchwork of services that have to be individually set up and managed. Norby is ideal for small brands and solo entrepreneurs, and most of its customers run less than 10-person operations. The creator tool suite is purely subscription-based and won’t collect any fees like Eventbrite and other popular services. 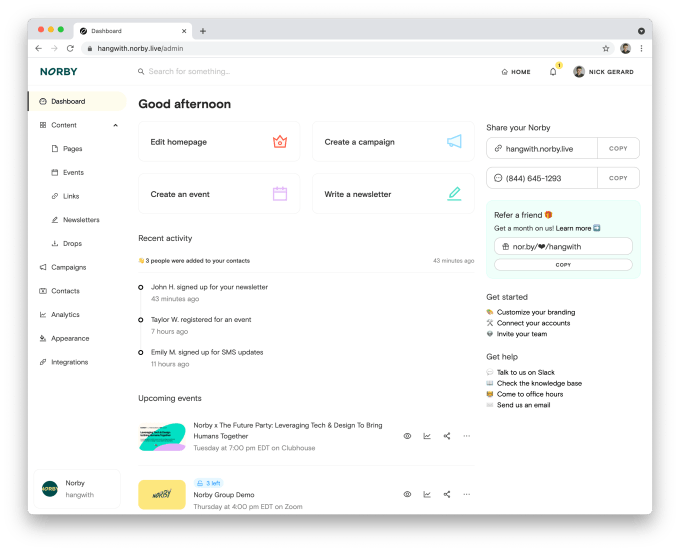 For brands, it starts at $20 per month, and the company has plans in the works for a $5-per-month tier for individual use. There’s no free tier, and Gerard prefers to think that Norby’s customers will be excited to save time and money on the company’s bundled offering. “What we found is that people spend an enormous amount of money on these tools,” Gerard said. “We can knock a bunch of tools out of your stack and save you money. But we can also save you time.” Norby’s team spends a lot of time talking to creators and small companies. Its customers range from sexual wellness companies to advice columnists and activists — anybody who needs to manage an online community. It counts Sad Girls Club, EVRYMAN and Allbodies among its early customers

The company is growing slowly and organically, bringing new users in through a waitlist and invite system and showing them around the product in group demos. “What’s been really cool for us: We’ll get a new customer for one or two features … then they came into the product and were like, ‘Oh we’ve always wanted to try SMS,’ and then it’s just there and they can start using it,” Gerard said.

Big picture, Norby views itself as an advocate for creators — and an insulator against the power that big platforms wield. In the long term, Gerard hopes to help creators own their communities as a kind of “counterbalance” to big platforms like Instagram, TikTok and YouTube.

Helping creators “own the relationship” with their communities is something that big platforms will never have an incentive to do. But those same platforms are realizing that creators wield some very real power — and the ability to pick up their content empires and take them to go if they choose to.

“What’s exciting about this moment is that right now looking ahead to the next five or 10 years, nothing is inevitable,” Gerard said. “These windows don’t come along all the time.”