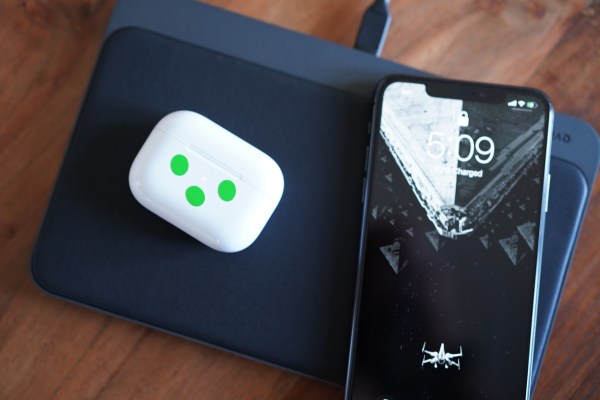 Accessory maker Nomad has a long history of delivering great accessories for iOS and Android devices, using great quality materials and craftsmanship. Now, the company is partnering with wireless charging technology startup Aira to debut the later’s premiere product: FreePower, a position-free wireless charging technology. Nomad’s new Base Station Pro ($229) is the first product on the market with Aira’s FreePower tech, and I got the chance to check it out for the past week to see how it measures up.

Nomad’s Base Station Pro is a wireless charging pad that can charge up to three devices simultaneously. It works with all Qi-capable devices, which includes the latest iPhone models and most of the latest Android phones, as well as numerous accessories including AirPods Pro and other headphones. In many ways, it’s very similar to what Apple was promising with the AirPower multi-device charger it debuted and then subsequently canceled – but it doesn’t work with the Apple Watch, because that uses Apple’s own proprietary wireless charging tech.

The Nomad Base Station Pro is just under 9 inches long, and about 5.5 inches wide. It’s less than half-an-inch thick, which is especially impressive given that it has so much charging flexibility hidden within (there are 18 coils inside). As mentioned, it can support charging up to three devices simultaneously, and has an LED indicator on the side with three lights to let you know how many devices are actively drawing charge at any time. Nomad includes one USB-C to USB-C cable in the box, along with a 30w USB-C PD power adapter to connect it.

There are plenty of multi-device wireless chargers out there (Nomad even makes a few) but the real advantage that Aira’s FreePower tech brings to the table is the freedom to place devices on the pad in virtually any orientation and have them automatically charge. Most Qi chargers require you to place devices within a very specific range of area relative to the coil or coils contained within the charger – and being off by even a bit can either cause a device not to charge, or make the charging process much less efficient.

The Nomad Base Station Pro is larger than most wireless chargers out there, but all that surface area is usable space. And Nomad’s signature dark metal and leather finishes are both attractive and practical here. With its single-cable design, this is a much less cluttered and more physically attractive solution to charging than a mess of cables and a multi-USB adapter, for instance.

Inside, Aira’s technology is the beating heart of the Nomad Base Station Pro. There are 18 overlapping coils contained with the charger, along with a layer of controllers on a circuit board that provide the smarts that make its position-free placement charging possible. Basically, Aira’s technology automatically detects what kind of charge any device placed on the pad can accept, and then directs the necessary juice its way, while also optimizing the magnetic field between the device’s built-in charging coil and the coil array found within the Base Station Pro for optimal power delivery.

In testing, it worked just as advertised, detecting my iPhone XS Pro Max no matter what orientation or where I lay it on the pad (provided the phone’s own coil was fully on the pad, of course). Ditto when I added a second iPhone, as well as AirPods Pro, and another set of wireless earbuds I have that feature a Qi-enabled charging case. You can even slide the iPhone along the surface of the pad and it will continue to charge, without losing the connection as the field tracks the device.

What’s ironic about this is that even though it feels like magic, it’s really what I had always imagined wireless charging would be like before I’d actually used any wireless charging devices. Current standard Qi-based charging is much more like having a slightly more convenient, but still essentially fixed dock, whereas Aira’s FreePower tech truly allows you to toss down your device and have it charge reliably.

There are some caveats to keep in mind with this tech: First, it’s not officially Qi-certified – but that’s only because there’s no current existing standard for free position, according to the company. They’ve done extensive testing to confirm that it adheres to Qi standards for compatibility, heat management and more, and Aira is working with the Wireless Power Consortium (WPC) that owns and manages the Qi standard to create a standard that covers free position charging.

In testing, it works well however, and charges Qi-enabled devices reliably, with the added convenience of allowing you to place them anywhere on the pad. That may not seem like a huge deal, but it really vastly improves the experience. Add three-device support to that, and Nomad’s Base Station Pro quickly becomes a unique (if somewhat expensive) wireless charger that’s hard to beat.

Aira, meanwhile, has big plans for FreePower, which includes providing the tech to a number of partners across consumer and commercial markets. It’s easy to imagine how well this could work in situations like coffee shop counters that are fully wireless charging surfaces, for instance, or in cars with charging center consoles. The company has big plans, but if this debut is any indication, those should pay off with big advantages across daily life for consumers.