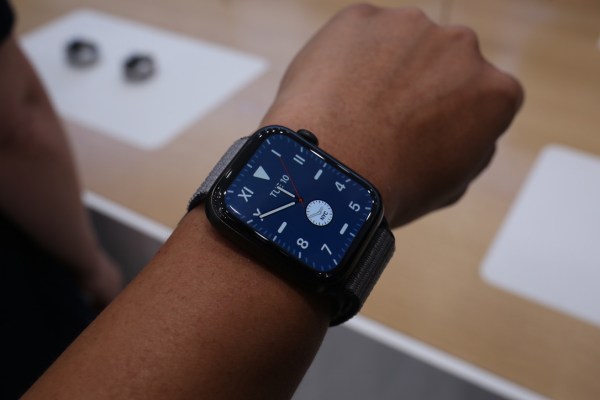 In addition to AirPlay support for Fitness+, today’s iOS 14.5 developer beta is bringing some key new features to mobile operating system. At the top of the list is undoubtedly Apple Watch unlock for users wearing face coverings.

The long-awaited feature arrives a year or so into a pandemic that has made face masks a reality in parts of the world that previously had not seen wide scale adoption. The Apple Watch has, of course, long had the ability to unlock Macs, so this integration seems like a pretty sensible addition.

Starting with iOS 14.5, Apple Watch wearers will be able to opt-in to iPhone unlock under the phone’s Face ID & Passcode settings. Once enabled, the Watch will give a haptic buzz to notify the wearer that the handset has been unlocked. The Watch needs to be unlocked, on a wrist and in close proximity to the iPhone in order to work.

It beats having to pull your mask down in public (even if some folks are still feeling nostalgic for Touch ID).

The addition should be included in the consumer version of the software when it launches. Also included are the ability to ask Siri to call emergency contacts and app tracking controls that require permissions from developers. Support for new Xbox and PlayStation game controllers has been added, as well.