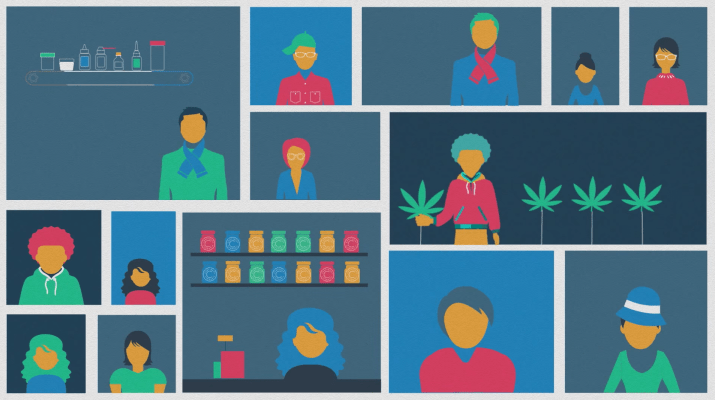 Adriana Herrera first came up with the idea for EpicHint, a training and staffing service for cannabis dispensaries, while she was surfing off the coast of Oaxaca, Mexico.

Decompressing after the dissolution of her last startup venture — her second attempt at running her own business — Herrera realized quickly that surfing and #vanlife wasn’t her ultimate calling.

The serial entrepreneur had previously founded FashioningChange, a recommendation engine for sustainable shopping, back in 2011. The company was gaining traction and had some initial support, but it ran into the buzzsaw of Amazon’s product development group, which Herrera claims copied their platform to build a competing product.

Undeterred, Herrera took some of the tools that FashioningChange had developed and morphed them into a business focused on online marketing to shoppers at the point of sale — helping sites like Cooking.com pitch products to people based on what their browsing history revealed about their intent.

By 2017, that business had also run into problems, and Herrera had to shut down the company. She sold her stuff and had headed down to Oaxaca, but kept thinking about the emergent cannabis industry that was taking off back in the U.S.

Herrera had a friend who’d been diagnosed with colon cancer and was taking medicinal marijuana to address side effects from the operation that removed his colon.

“When recovering from the removal of his colon, he’d run out of his homegrown medicine and go to dispensaries where he got the worst service,” Herrera wrote in an email. “He would ask for something for pain, nausea and sleep, and was always recommended the most expensive product or a product that was being promoted. He never got what he needed and had to self advocate for the right product while barely being able to stand.”

Herrera buckled down and did research throughout the course of 2018. She hit up pharmacies first as a customer, asking different “budtenders” for information about the product they were selling. Their answers were… underwhelming, according to Herrera. The next step was to talk to dispensary managers and research the weed industry.

By her own calculations, cannabis companies (including dispensaries and growers) will add roughly 300,000 jobs — most of them starting out at near-minimum-wage salaries of $16 per hour. Meanwhile, current training programs cost between $250 and $7,000.

That disconnect led Herrera to hit on her current business model — selling an annual subscription software for brands and dispensaries that would offer a training program for would-be job applicants. The training would give dispensaries a leg up for experienced hires, increasing sales and ideally reducing turnover that costs the industry as much as $438 million.

“The data is showing an average of a 30% turnover rate in 21 months,” says Herrera. “Looking at turnover and a lot of that comes down to bad hiring.”

The company is on its first eight customers, but counts one undisclosed, large, multi-state dispensary along with a few mom and pop shops.

Herrera also says that the service can reduce bias in hiring. Because dispensaries only hire candidates after they’ve completed the program, any unconscious bias won’t creep into the hiring process, she says.

Applicants interested in a dispensary can enroll in the dispensary “university” and once they complete the curriculum go through a standardized form to apply for the job.

“Our  recommendation to run and get the best results is to pre-train, pre-screen and have the graduates unlock the ability to apply.”