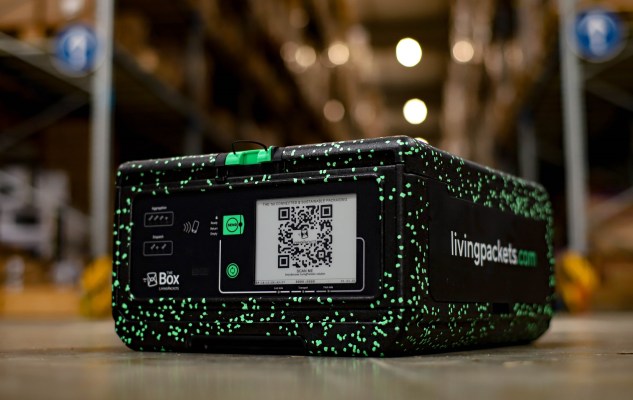 More than ever before, people are getting life’s essentials delivered — good news for Amazon, but bad news for the environment, which must bear the consequences of the resulting waste. LivingPackets is a Berlin-based startup that aims to replace the familiar cardboard box with an alternative that’s smarter, more secure and possibly the building block of a new circular economy.

The primary product created by LivingPackets is called The Box, and it’s just that: a box. But not just any box. This one is reusable, durable, digitally locked and monitored, with a smartphone’s worth of sensors and gadgets that make it trackable and versatile, and an E-Ink screen so its destination or contents can be updated at will. A prototype shown at CES and a few other locations attracted some interest, but the company is now well into producing V2 of The Box, improved in many ways and ready to be deployed at the scale of hundreds of thousands.

Sure, it costs a lot more than a cardboard box. But once a LivingPackets Box has been used a couple hundred times for returns and local distribution purposes, it breaks even with its paper-based predecessor. Cardboard is cheap to make new, but it doesn’t last long — and that’s not its only problem. 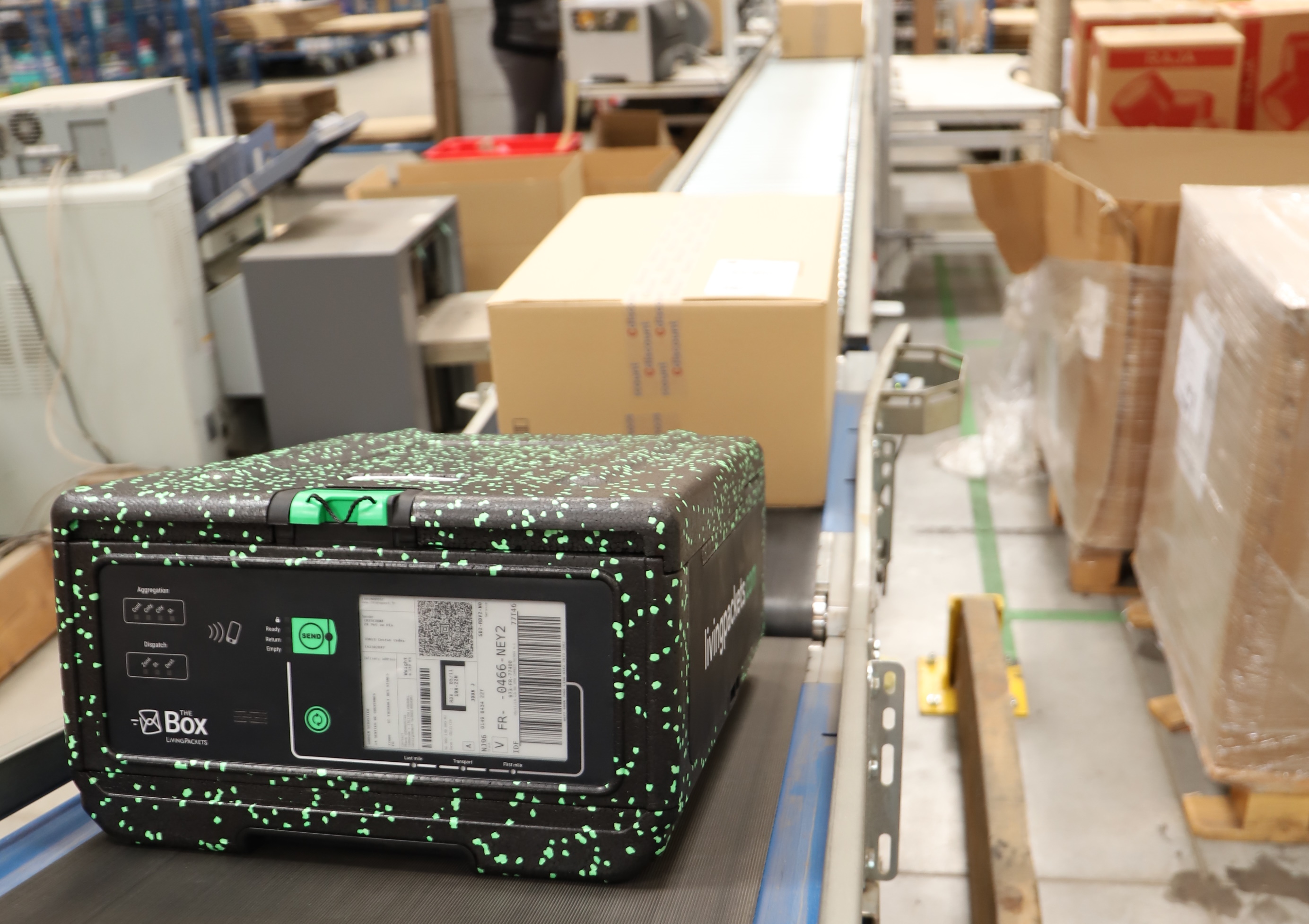 The Box, pictured here with standard cardboard boxes on a conveyor belt, is meant to be compatible with lots of existing intrastructure. Image Credits: LivingPackets

“If you think about it, online transactions are still risky,” said co-founder Sebastian Rumberg. “The physical transaction and financial transaction don’t happen in parallel: You pay up front, and the seller sends something into the void. You may not receive it, or maybe you do and you say you didn’t, so the company has to claim it with insurers.”

“The logistics system is over-capacity; there’s frustration with DHL and other carriers,” he said. “People in e-commerce and logistics know what they’re missing, what their problems are. Demand has grown, but there’s no innovation.”

And indeed, it does seem strange that although delivery has become much more important to practically everyone over the last decade and especially in recent months, it’s pretty much done the same way it’s been done for a century — except you might get an email when the package arrives. LivingPackets aims to upend this by completely reinventing the package, leaving things like theft, damage and missed connections in the past. 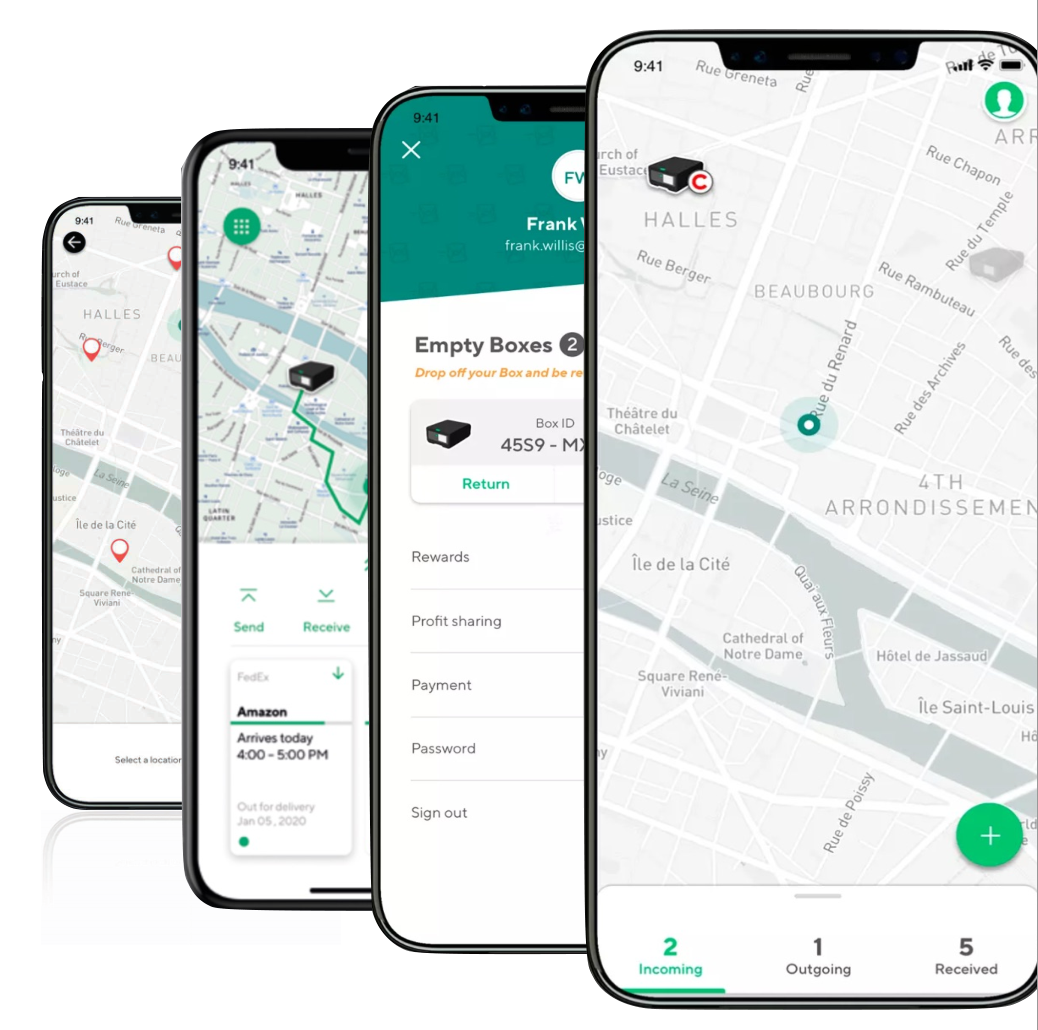 “You’re in full control of everything involved,” he explained. “You know where the parcel is, what’s happening to it. You can look inside. You can say, I’m not at the location for delivery right now, I’m at my office, and just update the address. You don’t need filling material, you don’t need a paper label. You can tell when the seal is broken, when the item is removed.”

It all sounds great, but cardboard is simple and, while limited, proven. Why should anyone switch over to such a fancy device? The business model has to account for this, so it does — and then some.

To begin with, LivingPackets doesn’t actually sell The Box. It provides it to customers and charges per use — “packaging as a service,” as they call it. This prevents the possibility of a business balking at the upfront cost of a few thousand of these.

As a service, it simplifies a lot of existing pain points for merchants, consumers and logistics companies.

For merchants, among other things, tracking and insurance are much simpler. As co-founder Alexander Cotte explained, and as surely many reading this have experienced, it’s practically impossible to know what happened to a missing package, even if it’s something large or expensive. With better tracking, lossage can be mitigated to start, and the question of who’s responsible, where it was taken, and so on can be determined in a straightforward way.

For packaging and delivery companies, the standard form factor with adjustable interior makes these boxes easy to pack and difficult to meddle with or damage — tests with European online retail showed that handling time and costs can be reduced by more than half. LivingPackets also pays for pickup, so delivery companies can recoup costs without changing routes. And generally speaking, more data, more traceability, is a good thing.

For consumers, the most obvious improvement is returns; no need to print a label or for the company to pre-package one, just notify them and the return address appears on the box automatically. In addition there are opportunities once an essentially pre-paid box is in a consumer’s house: for instance, selling or donating an old phone or laptop. LivingPackets will be operating partnerships whereby you can just toss your old gear in the box and it will make its way to the right locations. Or a consumer can hang onto the box until the item they’re selling on eBay is bought and send it that way. Or a neighbor can — and yes, they’re working on the public health side of that, with antibiotic coatings and other protections against spreading COVID-19.

The Box locks securely but also folds down for storage when empty. Image Credits: LivingPackets

The idea underpinning all this, and which was wrapped up in this company from the start, is that of creating a real circular economy, building decentralized value and reducing waste. Even The Box itself is made of materials that can be reused, should it be damaged, in the creation of its replacement. In addition to the market efficiencies added by turning parcels into traveling IoT devices, reusing the boxes could reduce waste and carbon emissions — once you get past the first hundred uses or so, The Box pays for itself in more ways than one. Early pilots with carriers and retailers in France and Germany have borne this out.

That philosophy is embodied in LivingPackets’ unusual form of funding itself: a combination of bootstrapping and crowdsourced equity.

Cotte and his father founded investment firm the Cotte Group, which provided a good starting point for said bootstrapping, but he noted that every employee is taking a less than competitive wage with the hope that the company’s profit-sharing plan will pan out. Even so, with 95 employees, that amounts to several million a year even by the most conservative estimate — this is no small operation. 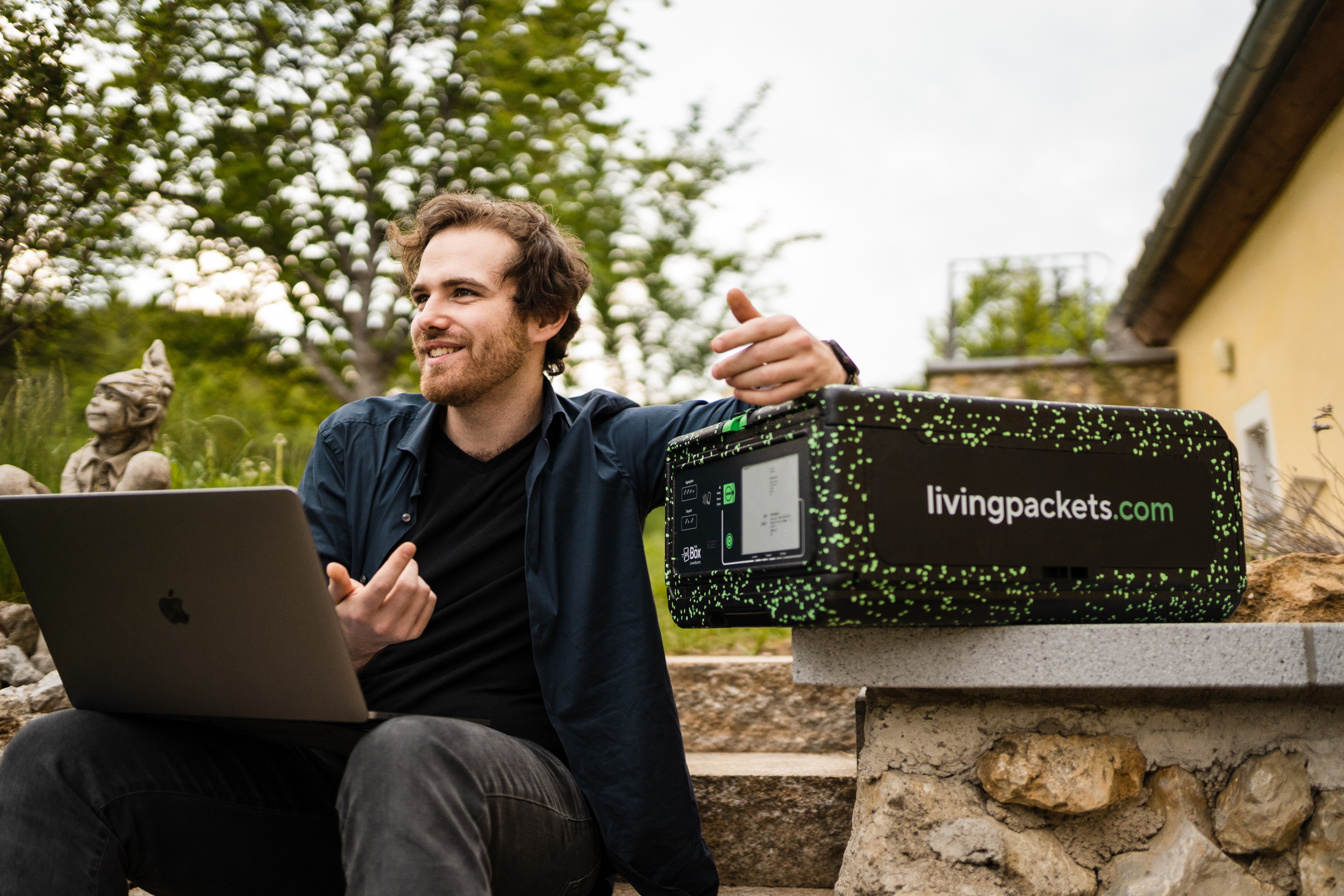 Part of keeping the lights on, then, is the ongoing crowdfunding campaign, which has pulled in somewhere north of €6 million, from individuals contributing as little as €50 or as much as €20,000. This, Cotte said, is largely to finance the cost of production, while he and the founding team essentially funded the R&D period. Half of future profits are earmarked for paying back these contributors multiple times their investment — not exactly the sort of business model you see in Silicon Valley. But that’s kind of the point, they explained.

“Obviously all the people working for us believe deeply in what we’re doing,” Cotte said. “They’re willing to take a step back now to create value together and not just take value out of an existing system. And you need to share the value you create with the people who helped you create it.”

It’s hard to imagine a future where these newfangled boxes replace even a noticeable proportion of the truly astronomical number of cardboard boxes being used every day. But even so, getting them into a few key distribution channels could prove they work as intended — and improvements to the well-oiled machines (and deeply rutted paths) of logistics can spread like wildfire once the innumerable companies the industry touches see there’s a better way.

The aims and means of LivingPackets may be rather utopian, but that could be the moonshot thinking that’s necessary to dislodge the logistics business from its current, decidedly last-century methods.