Leading Edge Equipment has a technology to improve solar manufacturing and $7.6 million to go to market – TechCrunch 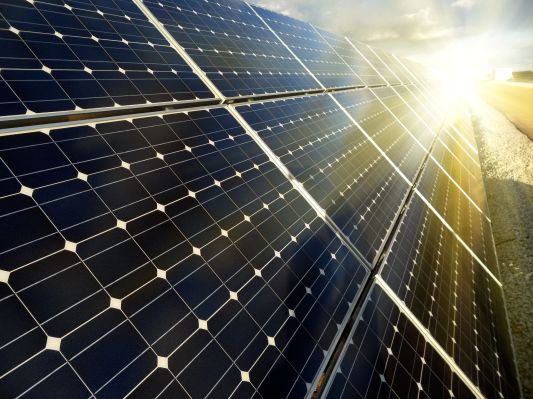 Only a few weeks after the successful public offering of Array Technologies proved that there’s a market for technologies aimed at improving efficiencies across the solar manufacturing and installation chain, Leading Edge Equipment has raised capital for its novel silicon wafer manufacturing equipment.

The $7.6 million financing came from Prime Impact Fund, Clean Energy Ventures and DSM Venturing, and the company said it would use the technology to ramp up its sales and marketing efforts.

For the last few years researchers have been talking up the potential of so-called kerfless, single-crystal silicon wafers. For industry watchers, the single-crystal versus poly-crystalline wafers may sound familiar, but as with many things with the resurgence of climate technology investment, maybe this time will be different.

Silicon wafer production today is a seven-step process in which large silicon ingots created in heavily energy-intensive furnaces are sawed into wafers by wires. The process wastes large amounts of silicon, requires an incredible amount of energy and produces low-quality wafers that reduce the efficiency of solar panels.

Using ribbons to produce its wafers, Leading Edge’s manufacturing equipment uses the floating silicon method to reduce production to a single step, consuming less energy and producing almost no waste, according to the company.

The two founded Leading Edge Equipment to rejuvenate a project that had been mothballed by Applied Materials after years of research.

The two won $5 million in federal grants and raised an initial $6 million from venture capital firms in 2018 to kick off the technology.

Leading Edge expects that its equipment could become the standard for silicon substrate manufacturing.

Kellerman, now the emeritus chief technology officer, was replaced by Nathan Stoddard, a seasoned silicon manufacturing technology expert who has worked on teams that have brought three different solar wafer technologies from concept to pilot production. Stoddard, a former colleague of Greenlee’s at 1366 — one of the early companies devoted to new silicon production technologies — was won over by Greenlee and Kellerman’s belief in the old Applied Materials technology.

The company claims that its technology can reduce wafer costs by 50%, increase commercial solar panel power by up to 7% and reduce manufacturing emissions by more than 50%.

To commercialize the project, earlier this year the team brought in Rick Schwerdtfeger, a longtime innovator in solar technology who began working with CIGS crystals back in 1995. In the 2000s Schwerdtfeger spent his time in building out ARC Energy to scale next-generation furnace technologies.

“After critical technology demonstrations and the development of a new commercial tool, we are now ready to launch this technology into market in 2021,” said Schwerdtfeger in a statement. “Having recently secured a 31,000 square foot facility and doubled the size of our team, we will use this new funding to prepare for our 2021 commercial pilots.”