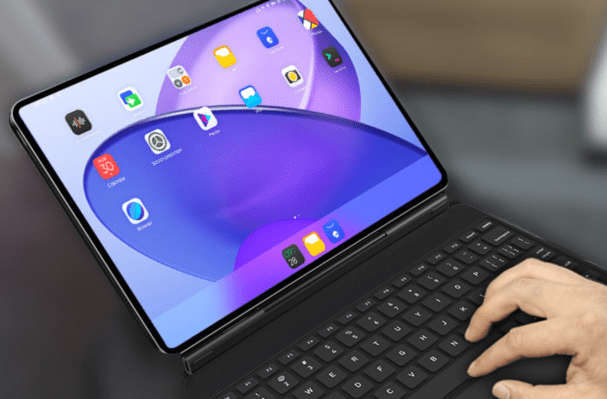 Kai-Fu Lee’s Sinovation Ventures has its eyes on a niche market targeting software developers. In April, the venture capital fund led a $10 million angel round in Jingling, a Chinese startup developing Linux-based tablets and laptops, TechCrunch has learned. Other investors in the round included private equity firm Trustbridge Partners.

Jingling was founded only in June 2020 but has quickly assembled a team of 80 employees hailing from the likes of Aliyun OS, Alibaba’s Linux distribution, Thunder Software, a Chinese operating system solution provider, and China’s open source community.

The majority of the startup’s staff are working on its Linux-based operating system called JingOS in Beijing, with the rest developing hardware in Shenzhen, where its supply chain is located.

“Operating systems are a highly worthwhile field for investment,” Peter Fang, a partner at Sinovation Ventures, told TechCrunch. “We’ve seen the best product iteration for work and entertainment through the combination of iPad Pro and Magic Keyboard, but no tablet maker has delivered a superior user experience for the Android system so far, so we decided to back JingOS.”

“The investment is also in line with Sinovation’s recognition and prediction in ARM powering more mobile and desktop devices in the future,” the investor added.

Jingling’s first device, the JingPad A1 tablet based on the ARM architecture, has already shipped over 500 units in a pre-sale and is ramping up interest through a crowdfunding campaign. Jingling currently uses processors from Tsinghua Unigroup but is looking into Qualcomm and MediaTek chipsets for future production, according to Liu.

On the software end, JingOS, which is open sourced on GitHub, has accumulated over 50,000 downloads from users around the world, most of whom are in the United States and Europe.

But how many people want a Linux tablet or laptop? Liu Chengcheng, who launched Jingling with Zhu Rui, said the demand is big enough from the developer community to sustain the startup’s early-phase growth. Liu is known for founding China’s leading startup news site 36Kr and Zhu is an operating system expert and a veteran of Motorola and Lenovo.

Targeting the Linux community is step one for Jingling, for “it’s difficult to gain a foothold by starting out in the [general] consumer market,” said Liu.

“The Linux market is too small for tech giants but too hard for small startups to tackle… aside from Jingling, Huawei is the only other company in China building a mobile operating system, but HarmonyOS focuses more on IoTs.”

Launching a new operating system is surely an audacious move and has been done before. Linux laptops have been around for years, but Jingling wanted to offer something different by enabling both desktop and mobile experiences on one device. That’s why Jingling made JingOS compatible with both Linux desktop software like WPS Office and Terminal as well as the usual Android apps on smartphones. The JingPad A1 tablet comes with a detachable keyboard that immediately turns itself into a laptop, a setup similar to Apple’s Magic Keyboard for iPad.

“It’s like a gift to programmers, who can use it to code in the Linux system but also use Android mobile apps on the run,” said Liu.

Jingling aspires to widen its user base and seize the Chromebook market about two from now, Liu said. The success of Chromebooks, which comprised 10.8% of the PC market in 2020 and have been increasingly eating into Microsoft’s dominance, is indicative of the slowing demand for Windows personal computers, the founder observed.

The JingPad A1 is sold at a starting price of $549, compared to Chrome’s wide price range roughly between $200 and $550 depending on the specs and hardware providers. Tablets, along with PCs, got a bump in sales during the pandemic, thanks to more people working and learning remotely, but in the long term, Jingling will have to get its pricing right and pin down where it sits in the market.