Jamf ups its IPO range, now targets a valuation of up to $2.7B – TechCrunch 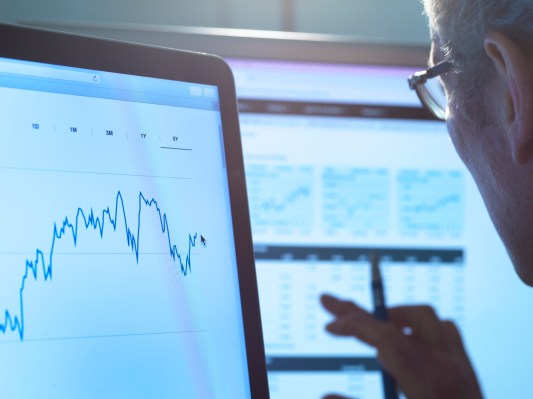 The company had previously targeted a $17 to $19 per-share range. A new SEC filing from the firm today details a far higher $21 to $23 per-share IPO price interval.

Jamf still intends to sell up to 18.4 million shares in its debut, including 13.5 million in primary stock, 2.5 million shares from existing shareholders and an underwriter option worth 2.4 million shares. The whole whack at $21 to $23 per share would tally between $386.4 million and $423.2 million, though not all those funds would flow to the company.

Jamf follows in the footsteps of recent IPOs like nCino, Vroom and others in seeing demand for its public offering allow its pricing to track higher the closer it gets to its public offering. Such demand from public-market investors indicates there is ample demand for debut shares in mid-2020, a fact that could spur other companies to the exit market.

Coinbase, Airbnb and DoorDash are three such companies that are expected to debut in the next year’s time, give or take a quarter or two.

In anticipation of the Jamf debut that should come this week, let’s chat about the company’s recent performance.

Observe the following table from the most-recent Jamf S-1/A: 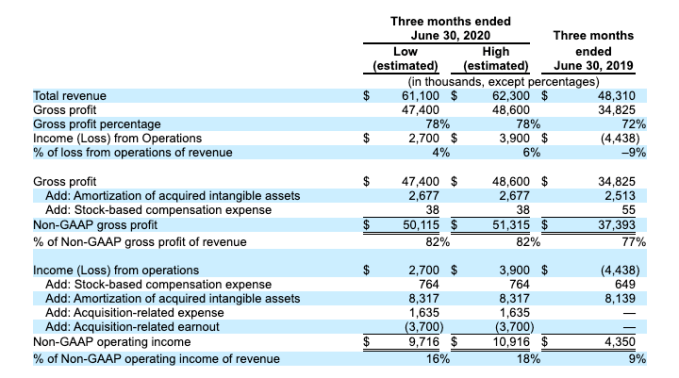 From even a quick glance we can learn much from this data. We can see that Jamf is growing, has improving gross margins and has managed to swing from an operating loss to operating profit in Q2 2020, compared to Q2 2019. And, for you fans out there of adjusted metrics, that Jamf managed to generate more non-GAAP operating income in its most recent period than the year-ago quarter.

Finally, for the SaaS-heads out there, the following:

This data lets us have a little fun. Recall that we have seen possible valuations for Jamf at IPO that started at $1.98 billion to $2.21 billion, and now include $2.44 billion and $2.68 billion? With our two ARR ranges for the end of Q2, we can now come up with eight ARR multiples for Jamf, from the low-end of its initial IPO price estimate, to the top-end of its new range.

From that perspective, the pricing changes feel a bit more modest, even if they work out to a huge spread on a valuation basis.

Regardless, this is the current state of the Jamf IPO. Rackspace also filed a new S-1/A today, but we can’t find anything useful in it. A bit like the Jamf S-1/A from Friday. Perhaps we’ll get a new Rackspace document soon with pricing notes.

And, of course, like the rest of the world we await the Palantir S-1 with bated breath. Consider that our white whale.