Is fintech’s Series A market hot, or just overhyped? – TechCrunch 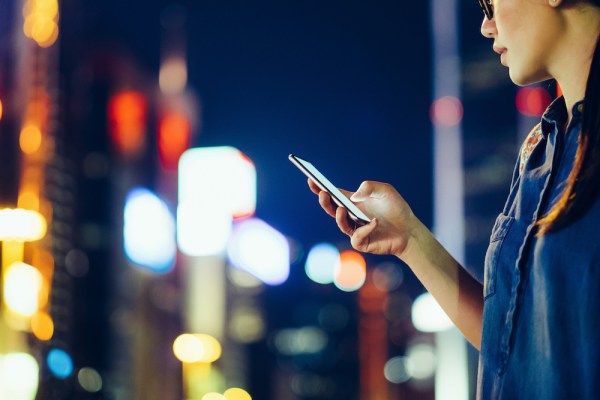 According to industry reports, venture capital deal-making has notably rebounded since dropping off briefly in March as shelter-in-place orders gripped much of the country.

As seed-stage fintech investors, this has certainly been our experience: “Hot” deals are getting funded faster than ever, and we increasingly see the large multistage global funds competing for the earliest access to companies. However, in our experience and anecdotal conversations with other early-stage investors, that excitement has not been translating to the Series A stage.

In early October 2020, the Financial Venture Studio put together a brief survey of the Series A market in fintech and shared it with more than 100 investors with whom we work closely. Despite the high-level numbers indicating a healthy market, our research indicates a market that remains in flux, with significant ramifications for early-stage founders.

Why Series A is so interesting

Although the seed and pre-seed fintech market continues to attract substantial entrepreneurial and investor interest, it is also in some ways one of the easiest parts of the market to fund. The check size is smaller, the velocity of new deals is highest, and while the potential returns are also the highest, this is also the part of the market where information is most scarce. Perhaps counterintuitively, the fact that there is so little information on a business — aside from a plan, a team and maybe some early anecdotal evidence to support the vision — actually makes it easier to “pull the trigger” on deals where those data points align. There just often isn’t a lot more to dig into.

Similarly, by the time a company is raising Series B capital, they typically have some objective evidence that the idea is working. Companies are typically generating revenue, small teams have grown and become more sophisticated in how they operate, and importantly, the governance functions of a company have (hopefully) begun to take shape. The simple existence of a board member with invested capital at stake means that some of the more existential risks of the earliest stage have been mitigated.

In contrast, one of the big milestones for any startup has been to raise a Series A from an institutional investor. Besides an infusion of capital (which is often 2-3x the aggregate capital a company may have raised since its inception), this “stamp of approval” lends credibility to a small company that is trying to hire talent, sell to customers, and, in most cases, raise substantial subsequent capital.

Thus, it’s critical that Series A investors remain active; if not, many of these upstart companies may fail due to a lack of investment, even if they are able to demonstrate early market traction. The Series A funding market is one of — if not the most — critical funding stage in the innovation economy because it acts as a bridge between scrappy early innovation and commercialization at scale.

It stands to reason, then, that dollar amounts invested may not be the best barometer of the ecosystem’s health. What really matters is the volume of companies being funded and the variety of product approaches being pursued.

The post-COVID Series A

Once the initial shock of the pandemic wore off, the VC community had to get back to business, which admittedly is harder to do for funds that write $10 million+ checks and like getting to know founders in person. Still, Series A investors made it a point to let entrepreneurs know they were, and continue to be, “open for business.”

As investors have gotten more comfortable with the new normal, they have been more open to a virtual diligence process. Of the firms we surveyed, only 15% stated they have not completed a Series A investment during COVID-19 work restrictions. Of the firms who completed a Series A investment during COVID-19 (~85%), about half invested in a company whose founder(s) they had a limited or no relationship with prior to the onset of shelter-in-place orders. 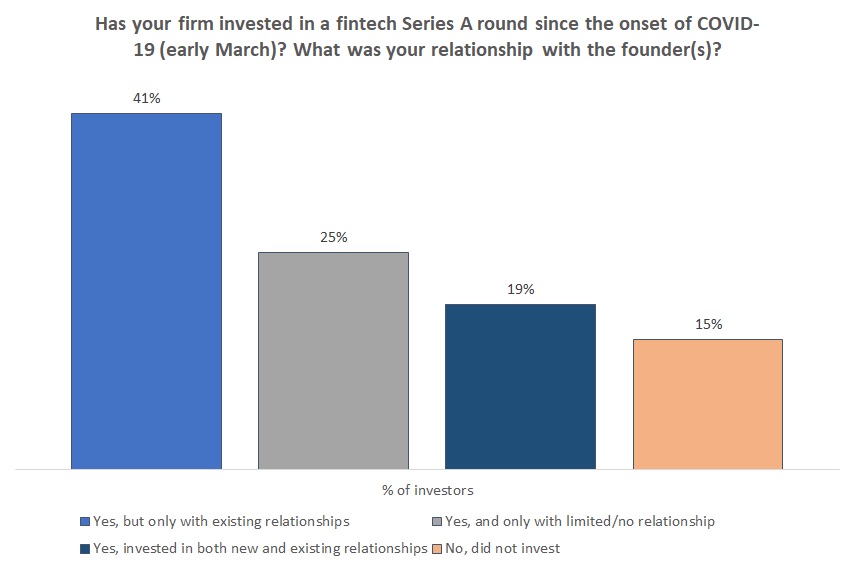 The shift to a virtual environment means that process is more important than ever. Numerous investors have cited their renewed focus on following a structured approach to sourcing and diligence. The interpersonal aspect remains important to close a deal, but customer references, referrals from trusted seed-stage investors and a heightened scrutiny of metrics are all at the forefront of investors’ evaluations.