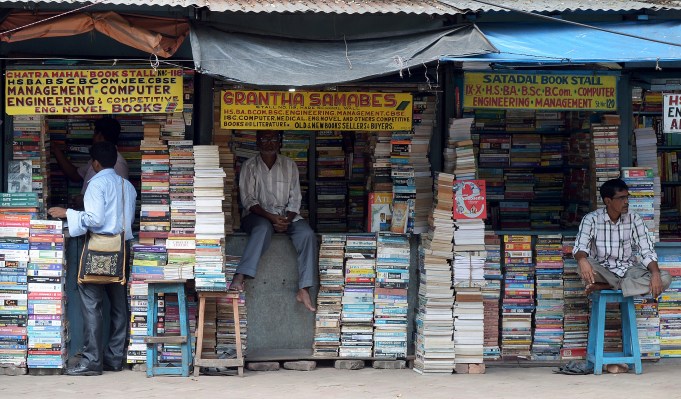 Khatabook, a startup that is helping small businesses in India record financial transactions digitally and accept payments online with an app, has raised $60 million in a new financing round as it looks to gain more ground in the world’s second most populous nation.

The new financing round, Series B, was led by Facebook co-founder Eduardo Saverin’s B Capital. A range of other new and existing investors, including Sequoia India, Partners of DST Global, Tencent, GGV Capital, RTP Global, Hummingbird Ventures, Falcon Edge Capital, Rocketship.vc and Unilever Ventures, also participated in the round, as did Facebook’s Kevin Weil, Calm’s Alexander Will, CRED’s Kunal Shah and Snapdeal co-founders Kunal Bahl and Rohit Bansal.

The one-and-a-half-year-old startup, which closed its Series A financing round in October last year and has raised $87 million to date, is now valued between $275 million to $300 million, a person familiar with the matter told TechCrunch.

Hundreds of millions of Indians came online in the last decade, but most merchants — think of neighborhood stores — are still offline in the country. They continue to rely on long notebooks to keep a log of their financial transactions. The process is also time-consuming and prone to errors, which could result in substantial losses.

Khatabook, as well as a handful of young and established players in the country, is attempting to change that by using apps to allow merchants to digitize their bookkeeping and also accept payments.

Today more than 8 million merchants from over 700 districts actively use Khatabook, its co-founder and chief executive Ravish Naresh told TechCrunch in an interview.

“We spent most of last year growing our user base,” said Naresh. And that bet has worked for Khatabook, which today competes with Lightspeed -backed OkCredit, Ribbit Capital-backed BharatPe, Walmart’s PhonePe and Paytm, all of which have raised more money than Khatabook.

The Khatabook team poses for a picture (Khatabook)

All of these firms have seen a decline in their daily active users base in recent months as India enforced a stay-at-home order for all its citizens and shut most stores and public places. But most of the aforementioned firms have only seen about 10-20% decline in their usage, according to AppAnnie.

Because most of Khatabook’s merchants stay in smaller cities and towns that are away from large cities and operate in grocery stores or work in agritech — areas that are exempted from New Delhi’s stay-at-home orders, they have been less impacted by the coronavirus outbreak, said Naresh.

Naresh declined to comment on AppAnnie’s data, but said merchants on the platform were adding $200 million worth of transactions on the Khatabook app each day.

In a statement, Kabir Narang, a general partner at B Capital who also co-heads the firm’s Asia business, said, “we expect the number of digitally sophisticated MSMEs to double over the next three to five years. Small and medium-sized businesses will drive the Indian economy in the era of COVID-19 and they need digital tools to make their businesses efficient and to grow.”

Khatabook will deploy the new capital to expand the size of its technology team as it looks to build more products. One such product could be online lending for these merchants, Naresh said, with some others exploring to solve other challenges these small businesses face.

Amit Jain, former head of Uber in India and now a partner at Sequoia Capital, said more than 50% of these small businesses are yet to get online. According to government data, there are more than 60 million small and micro-sized businesses in India.

India’s payments market could reach $1 trillion by 2023, according to a report by Credit Suisse .