If we let the US Postal Service die, we’ll be killing small businesses with it – TechCrunch 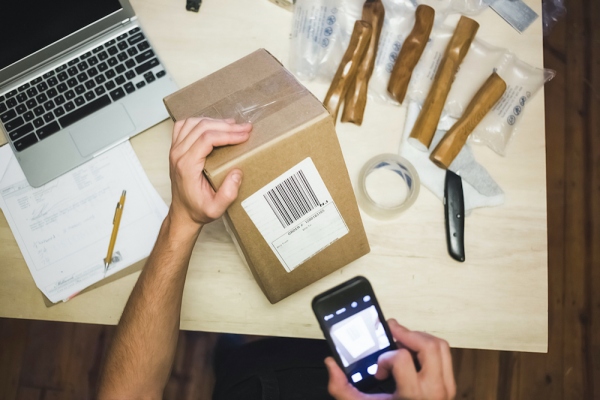 Laura Behrens Wu is the co-founder and CEO of Shippo, which is building a shipping platform for 21st century e-commerce.

Like electricity, telephones and the freeway system, it’s part of our greater story and what binds the United States together. But it’s also something that’s easy to take for granted. USPS delivers 181.9 million pieces of First Class mail each day without charging an arm and a leg to do so. If you have an address, you are being served by the USPS — and no one’s asking you for cash up front.

As CEO of Shippo, an e-commerce technology platform that helps businesses optimize their shipping, I have a unique vantage point into the USPS and its impact on e-commerce. The USPS has been a key partner since the early days of Shippo in making shipping more accessible for growing businesses. As a result of our work with the USPS, along with several other emerging technologies (like site builders, e-commerce platforms and payment processing), e-commerce is more accessible than ever for small businesses.

And while my opinion on the importance of the USPS is not based on my company’s business relationship with the Postal Service, I want to be upfront about the fact that Shippo generates part of its revenue from the purchase of shipping labels through our platform from the USPS along with several other carriers. If the USPS were to stop operations, it would have an impact on Shippo’s revenue. That said, the negative impact would be far greater for many thousands of small businesses.

I know this because at Shippo, we see firsthand how over 35,000 online businesses operate and how they reach their customers. We see and support everything from what options merchants show their customers at checkout through how they handle returns — and everything in between. And while each and every business is unique with different products, customers operations and strategies, they all need to ship.

In the United States, the majority of this shipping is facilitated by the USPS, especially for small and medium businesses. For context, the USPS handles almost half of the world’s total mail and delivers more than the top private carriers do in aggregate, annually, in just 16 days. And, it does all of this without tax dollars, while offering healthcare and pension benefits to its employees.

As has been the case for many organizations, COVID-19 has significantly impacted the USPS. While e-commerce package shipments continue to rise (+30% since early March based on Shippo data), it has not been enough to overcome the drastic drop in letter mail. With this, I’ve heard opinions of supposed “inefficiency,” calls for privatization, pushes for significant pricing and structural changes, and even indifference to the possibility of the USPS shutting down.

Amid this crisis, we all need the USPS and its vital services now more than ever. In a world with a diminished or dismantled USPS, it won’t be Amazon, other major enterprises, or even Shippo that suffer. If we let the USPS die, we’ll be killing small businesses along with it.

Quite often, opinions on the efficiency (or lack thereof) of the USPS are very narrow in scope. Yes, the USPS could pivot to improve its balance sheet and turn operating losses into profits by axing cumbersome routes, increasing prices and being more selective in who they serve.

However, this omits the bigger picture and the true value of the USPS. What some have dubbed inefficient operations are actually key catalysts to small business growth in the United States. The USPS gives businesses across the country, regardless of size, location or financial resources, the ability to reach their customers.

We shouldn’t evaluate the USPS strictly on balance sheet efficiency, or even as a “public good” in the abstract. We should look at how many thousands of small businesses have been able to get started thanks to the USPS, how hundreds of billions of dollars of commerce is made possible by the USPS annually and how many millions of customers, who otherwise may not have access to goods, have been served by the USPS.

In the U.S., e-commerce accounts for over half a trillion dollars in sales annually, and is growing at double-digit rates each year. When I hear people talk about the growth of e-commerce, Amazon is often the first thing that comes up. What doesn’t shine through as often is the massive growth of small business — which is essential to the health of commerce in general (no one needs a monopoly!). In fact, the SMB segment has been growing steadily alongside Amazon. And with the challenges that traditional businesses face with COVID-19, more small businesses than ever are moving online.

USPS Priority Mail gets packages almost anywhere in the U.S. in two to three days (average transit time is 2.5 days based on Shippo data) and starts at around $7 per shipment, with full service: tracking, insurance, free pickups and even free packaging that they will bring to you.

In a time when we as consumers have become accustomed to free and fast shipping on all of our online purchases, the USPS is essential for small businesses to keep up. As consumers we rarely see behind the curtain, so to speak, when we interact with e-commerce businesses. We don’t see the small business owner fulfilling orders out of their home or out of a small storefront, we just see an e-commerce website. Without the USPS’ support, it would be even harder, in some cases near impossible, for small business owners to live up to these sky-high expectations. For context, 89% of U.S.-based SMBs (under $10,000 in monthly volume) on the Shippo platform rely on the USPS.

I’ve seen a lot of talk about the USPS’s partnership with Amazon, how it is to blame for the current situation, and how under a private model, things would improve. While we have our own strong opinions on Amazon and its impact on the e-commerce market, Amazon is not the driver of USPS’s challenges. In fact, Amazon is a major contributor in the continued growth of the USPS’s most profitable revenue stream: package delivery.

While I don’t know the exact economics of the deal between the USPS and Amazon, significant discounting for volume and efficiency is common in e-commerce shipping. Part of Amazon’s pricing is a result of it actually being cheaper and easier for the USPS to fulfill Amazon orders, compared to the average shipper. For this process, Amazon delivers shipments to USPS distribution centers in bulk, which significantly cuts costs and logistical challenges for the USPS.

Overall, I would expect to see the level of entrepreneurship in e-commerce slow in the United States without the USPS or with a private version of the USPS that operates with a profit-first mindset. The barriers to entry would be higher, with greater costs and larger infrastructure investments required up-front for new businesses. For Shippo, I’d expect to see a much greater diversity of carriers used by our customers. Our technology that allows businesses to optimize across several carriers would become even more critical for businesses. Though, even with optimization, small businesses would still be the group that suffers the most.

Today, most SMB e-commerce brands, based on Shippo data, spend between 10-15% of their revenue on shipping, which is already a large expense. This could rise well north of 20%, especially when you take into account surcharges and pick-up fees, creating an additional burden for businesses in an already challenging space.

I urge our lawmakers and leaders to see the full picture: that the USPS is a critical service that enables small businesses to survive and thrive in tough times, and gives citizens access to essential services, no matter where they reside.

This also means providing government support — both financially and in spirit — as we all navigate the COVID-19 crisis. This will allow the USPS to continue to serve both small businesses and citizens while protecting and keeping their employees safe — which includes ensuring that they are equipped to handle their front-line duties with proper safety and protective gear.

In the end, if we continue to view the USPS as simply a balance sheet and optimize for profitability in a vacuum, we ultimately stand to lose far more than we gain.