Huawei launches its next foldable in China – TechCrunch 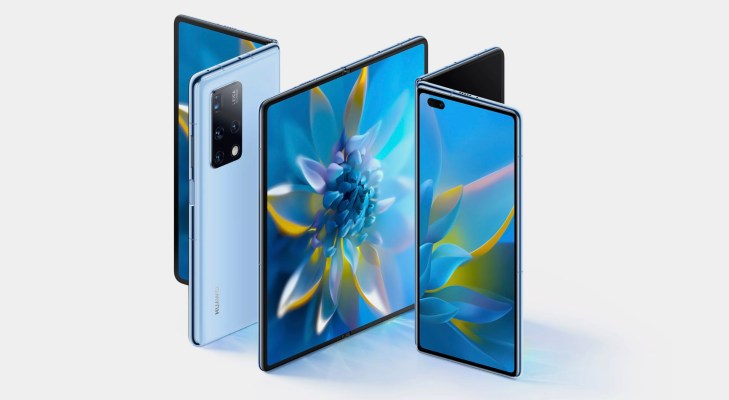 Huawei’s first foldable feels like a distant memory. Announced in 2019, the company went back to the drawing board prior to release, as Samsung ran into its own much publicized issues with the innovative form factor.

The Mate X was well-received among journalists — I had the opportunity to spend some time with it at the company’s HQ in China and was impressed with the build quality. But for various reasons, it never made its way outside of China. And there’s some reason to believe that the newly announced X2 will suffer a similar fate.

The new handset has already drawn its share of comparisons to Samsung’s early models — and rightfully so, to be honest. The X2’s form factor appears to share much more in common with the Galaxy Fold from a design standpoint than its own predecessor. And while Samsung’s model got off to a rocky start or two, the company was also the first to get things fairly right after a bit of public trial and error.

And like Samsung, Huawei is leading with improvements to the hinge mechanism as a big selling point here. It’s the sort of meat and potatoes thing that would be glossed over in most other devices, but the hinge has proven one of the major pain points for these devices — and as much as a company might test behind the scenes, there’s no replacing real-world usage.

The primary, foldable display is eight inches, with a 6.45-inch screen on the outside — a bit more than the Galaxy Fold 2, in both cases (at 7.6 and 6.2 inches, respectively). In the rendering, the front screen occupies most of the device, with a bit of a bezel and a camera cut out. There’s 5G on board, too, paired with Huawei’s proprietary Kirin 9000 chip and a 4,400mAh battery.

The system is, of course, missing a pretty significant feature, courtesy of all of those blacklists. The company is pushing the presence of the Android 10-based EMUI 11.0 (Based on Android 10). Likely the device will also feature Huawei’s own HarmonyOS, in lieu of Android. The company’s been building out its operating system in recent years with the understanding that it would likely become a flashpoint in U.S./China tensions.

We have yet to see a full version of the software, but it’s hard to imagine it being as complete or robust as Google’s 12-year-old mobile OS — not to mention Google’s various apps.