How Twitter is handling the 2021 US presidential transition – TechCrunch 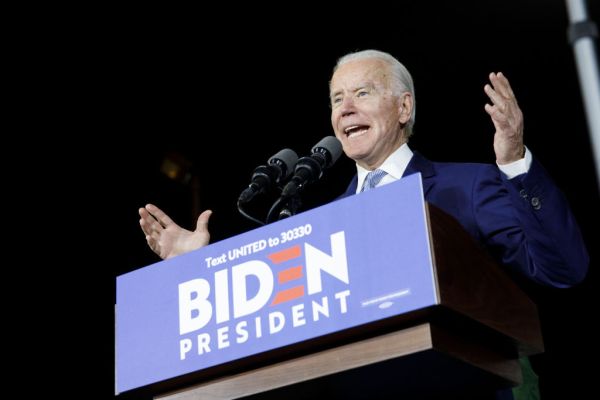 Twitter has set out its plans for US Inauguration Day 2021, next Wednesday, January 20, when president-elect Joe Biden will be sworn into office as the 46th US president and vice president-elect Kamala Harris will become VP.

“This year, multiple challenging circumstances will require that most people experience this historic ceremony virtually,” the social media firm writes in a blog post detailing how it will handle the transition of power on its platform as the Trump administration departs office.

“As Twitter will serve as both a venue for people to watch and talk about this political event, and play a key role in facilitating the transfer of official government communication channels, we want to be transparent and clear about what people should expect to see on the platform.”

The inauguration will of course be livestreamed via Twitter by multiple accounts (such as news outlets), as well as the official inauguration accounts, @JCCIC and @BidenInaugural.

Twitter will also be streaming the ceremony via its US Elections Hub, where it says it will share curated Moments, Lists and accounts to follow as well.

Once sworn into office, Biden and Harris will gain control of the @POTUS and @VP Twitter accounts. Other accounts that will transition to the new administration on the day include @WhiteHouse, @FLOTUS and @PressSec.

Twitter has also confirmed that Harris’ husband, Douglas Emhoff, will use a new official account — called @SecondGentleman. (It’s not clear why not ‘SGOTUS’; aside from, well, the unloveliness of the acronym.)

As it did when president Obama left office, Twitter will transfer the current institutional accounts of the Trump administration to the National Archives and Records Administration (Nara) — meaning the outgoing administration’s tweets and account history will remain publicly available (with account usernames updated to reflect their archived status, e.g. @POTUS will be archived as @POTUS45).

However Trump’s personal account, which he frequently used as a political cudgel, yelling in ALL CAPS and/or spewing his customary self-pitying tweets, has already been wiped from public view after Twitter took the decision to permanently ban him last week for repeat violations of its rules of conduct. So there’s likely to be a major gap in Nara’s Trump archive.

Since late last year we’ve known the transitioning @POTUS and institutional accounts will not automatically retain followers from the prior administration. But Twitter still hasn’t confirmed why.

Today it just reiterated that the current (33.3M) followers of @POTUS and the other official accounts will receive a notification about the archival process which will include the “option” to follow the new holders of the accounts.

That’s another notable change from 2017 when Trump inherited the ~14M followers of president Obama’s @POTUS. Biden will instead have to start his presidential tweeting from scratch.

Given the chaotic events in the US capital last week, when supporters of the outgoing president broke through police lines to cause mayhem on the hill and in the House, there’s every reason for tech platforms to approach the 2021 transition with trepidation, lest their tools get used to livestream another historic insurrection (or worse).

Since then Trump has also continued to maintain his false claim that the election was stolen through voter fraud.

Although he avoided any new direct reference to this big lie when he circumvented Twitter’s ban on his personal account earlier this week, by posting a new video of himself speaking on the official @WhiteHouse account.

In the video he decried the “incursion at the US capital”, as he put it; claimed that he “unequivocally condemns the violence that we saw last week”; and called for unity. But Twitter has put tight limits on what Trump can say on its platform without having his posts removed (as well limiting him to the official @POTUS channel). So he remains on a very tight speech leash.

In the video Trump limits his verbal attacks to a few remarks — about what he describes as “the unprecedented assault on free speech we have seen in recent days” — dubbing tech platforms’ censorship “wrong” and “dangerous”, and adding that “what is needed now is for us to listen to one another, not to silence one another”.

There’s a lot going on here but it should not escape notice that Trump’s seeming contrition and quasi-concession and his very-last-minute calls for unity have only come when he actively feels power draining away from him.

Most notably, his call for unity has only come after powerful tech platforms acted to shut off his hate-megaphone — ending the years of special dispensation they granted Trump to ride roughshod over democratic convention and tear up the civic rulebook.

It’s very interesting to speculate how different the 2021 US inauguration might look and feel if platforms like Twitter had consistently enforced their rules against Trump from the get-go.

Instead we’re stuck in all sorts of lockdown, counting the days til Biden takes office — and above all hoping for a smooth transition of power.

So Twitter CEO Jack Dorsey is quite right when he said this week that Twitter has failed in its mission to “promote healthy conversation”. His company ignored warnings about online toxicity for years. Trump is, in no small part, the divisive product of that.

That said, having to ban an account has real and significant ramifications. While there are clear and obvious exceptions, I feel a ban is a failure of ours ultimately to promote healthy conversation. And a time for us to reflect on our operations and the environment around us.

In a brief section of Twitter’s transition handling blog post, entitled “protecting the public conversation”, the company refers back to a post from earlier this week where it set out steps it’s taking to try to prevent its platform from being used to “incite violence, organize attacks, and share deliberately misleading information about the election outcome” in the coming days.

These measures include permanently suspending ~70,000 accounts it said were primarily dedicated to sharing content related to the QAnon conspiracy theory; aggressively beefing up its civic integrity policy; and applying interaction limits on labeled tweets plus blocking violative keywords from appearing in Trends and search.

“These efforts, including our open lines of communication with law enforcement, will continue through the inauguration and will adapt as needed if circumstances change in real-time,” it adds, preparing for the possibility of more unrest.