How national security is being redefined by climate change – TechCrunch 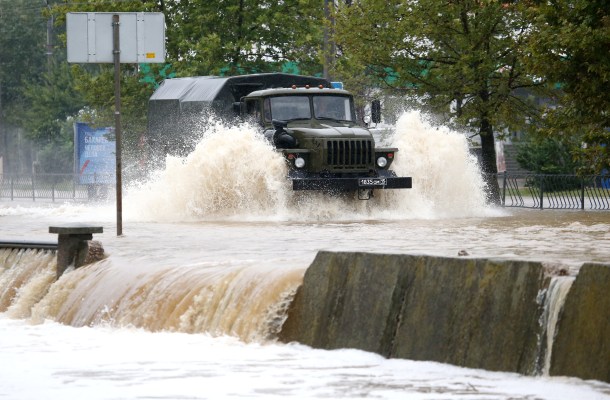 One of the most unfortunate fault lines in climate change politics today is the lack of cooperation between environmentalists and the national security community. Left-wing climate activists don’t exactly hang out with more right-leaning military strategists, the former often seeing the latter as destructive anti-ecological marauders, while the latter often assume the former are unrealistic pests who would prioritize trees and dolphins over human safety.

Yet, climate change is forcing the two to work ever closer together, as uncomfortable as that might be.

In “All Hell Breaking Loose,” emeritus professor and prolific author Michael T. Klare has written a meta-assessment of the Pentagon’s strategic assessments from the last two decades on how climate will shape America’s security environment. Sober and repetitive but not grim, the book is an eye-opening look at how the defense community is coping with one of the most vexing global challenges today.

Climate change weakens the security environment in practically every domain, and in ways that might not be obvious to the non-defense specialist. For the U.S. Navy, which relies on coastal access to shipyards and ports, rising sea levels threaten to diminish and even occasionally demolish its mission readiness, such as when Atlantic hurricanes hit Virginia, one of the largest centers for naval infrastructure in the United States. 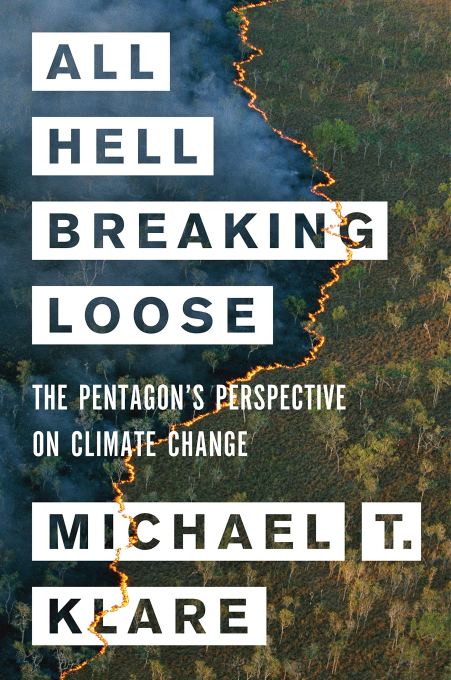 While perhaps obvious, it bears repeating that the U.S. military is as much a landlord as a fighting force, with hundreds of bases spread across the country and around the world. A large percentage of these installations face climate-related challenges that can affect mission readiness, and the cost to harden these facilities is likely to reach tens of billions of dollars — and perhaps even more.

Then there is the question of energy. The Pentagon is understandably one of the greatest users of energy in the world, requiring power for bases, jet fuel for planes, and energy for ships on a global scale. Procurement managers are obviously concerned about costs, but their real concern is availability — they need to have reliable fuel options in even the most chaotic environments. That critical priority is increasingly tenuous with climate change, as transit options for oil can be disrupted by everything from a bad storm to a ship stuck in the Suez Canal.

This is where the Pentagon’s mission and the interests of green-minded activists align heavily, if not perfectly. Klare provides examples of how the Pentagon is investing in areas like biofuels, decentralized grid technology, batteries and more as it looks to secure resiliency for its fighting forces. The Pentagon’s budgetary resources might be scorned by critics, but it’s uniquely positioned to pay the so-called green premiums for more reliable energy in ways that few institutions can realistically afford.

That political alignment continues when it comes to humanitarian response, although for vastly different reasons. One of the Pentagon’s chief concerns with global warming is that it will be increasingly waylaid from its highest priority missions — such as protecting against China, Russia, Iran and other long-time adversaries — into responding to humanitarian crises. As one of the only American institutions with the equipment and logistical know-how capable of deploying thousands of responders to disaster zones, the Pentagon is the go-to source for deployments. For Defense, the difficulty is that the armed forces aren’t trained for humanitarian missions — they’re trained for fighting wars. Attacking ISIS-K and managing a camp of climate refugees are decidedly different skills.

Climate activists are fighting for a more stable and equitable world, one that doesn’t lead to millions of climate refugees fleeing from famine and scorching temperatures. The Pentagon similarly wants to shore up fragile states in the hopes of avoiding deployments outside of its core mission. The two groups speak different languages and have different motivations, but the objectives are much the same.

The most interesting dynamic of climate change and national security is, of course, how the global strategic map changes. Russia is a major winner, and Klare provides an exacting account on how the Pentagon is securing the Arctic now that the ice has melted and shipping lanes have opened at the pole for much of the year and soon to be year round. For the first time, America has run training missions for its armed forces on how to operate in the Arctic and prepare for potential contingencies in the region.

Klare’s book is readable, and its subject is electrifyingly fascinating, but this is not a brilliantly written text by any stretch of the imagination. I dubbed it a meta-assessment because it absolutely reads as if it was written by a team of defense planning specialists in the E Ring. It’s a multi-hundred page think tank paper — and as a reader, you either have the stamina to read that or you don’t.

More caustically, the book’s research and primary citations center on the Pentagon’s assessment reports and Congressional testimony and some secondary reporting in newspapers and elsewhere. There are few to no mentions of direct interviews with the participants here, and that’s a major problem given the extremely political nature of climate change in modern U.S. discourse. Klare certainly observes the politics, but we don’t know what generals and the civilian defense leadership would really say if they didn’t have to sign off publicly on a government report. It’s a massive gulf — and begs the question of how much we really get a true picture of the Pentagon’s thinking with this volume.

Nonetheless, the book is an important contribution, and a reminder that the national security community — while protective of its interests — can also be an important vanguard for change on climate disruption. Activists and wonks should drop the animosity and talk to each other a bit more often, as there are alliances to be made.