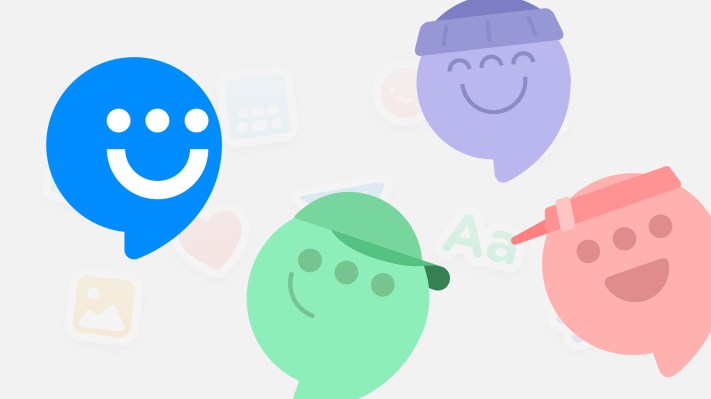 A new mobile app called Honk aims to make messaging with friends a more interactive, real-time experience. Instead of sending texts off into the void and hoping for a response, friends on Honk communicate via messages that are shown live as you type, with no saved chat history and no send button. The end result is a feeling of being more present in a conversation, as Honk will notify users the moment someone leaves a chat. And if you really want to get someone’s attention, you can send them a “Honk” — a hard-to-miss notification to join your chat.

If it’s even more urgent, you can even spam the Honk button by pressing it repeatedly. This sends notifications to a friend’s phone if they’re off the app, or a flood of colorful emoji if they have the app open.

🗣️ Need to get someone’s attention fast? Honk them! They’ll get a notification to come to the chat. If it’s super important, you can spam the Honk button — that’s hard to miss. pic.twitter.com/VqcinmeeT2

After setting up an account by customizing your profile pic, selecting a username and adding friends, you can then tap on a friend’s name in your list to send them a message.

When you enter a chat in Honk, you’ll be presented with two large conversation bubbles. The gray one on the top is where your friend’s messages are shown, while you type in the blue one. (You can change the colors and theme, if you choose.)

As you type, the other person will see the text you’re entering into this box in real-time — including the pauses and typos that would normally be missed. This “live typing” experience is reminiscent of older communication technology, like the early instant messaging app ICQ, or the innovative collaboration tool Google Wave, for example.

In Honk, you’re given 160 characters to type out your thoughts, and this is counted down on the right side of screen below the conversation bubbles. But you don’t tap a “Send” button to share the message — the recipient saw the text as it was entered, after all. Instead, you just tap the double arrow “refresh” button to clear the screen and type something new.

There are also buttons for sending emoji, snapping a photo or accessing photos from your Camera Roll to share in the chat. The emoji here work more like iMessage’s “Send with Echo” screen effect, as you’re not just sending a single emoji when you use this feature — you’re sending several huge emoji that temporarily fill the screen.

✨ With Magic Words, you can assign any emoji to any word or phrase, which automatically trigger effects as you type. It’s the best way to personalize your chats and bring them to life. Set up to 50 unique Magic Words per chat! pic.twitter.com/2BYUyNrEzz

You can also optionally assign emoji to any word or phrase within an individual chat, using a “Magic Words” feature that will trigger effects as you type (see above). Plus, you can customize chat themes on a per-conversation basis or turn off notifications from an individual user, if you don’t want to hear from them as much.

None of the conversations are stored and there’s no history to look back on. This is similar to messaging apps like Snapchat or Messenger’s Vanish Mode, for instance. (Honk hasn’t clarified its position on security, however, so proceed with caution before getting into riskier content.)

And, of course, if you need to get someone’s attention, you can tap “Honk” to flood them with notifications.

If this all seems somewhat silly, then you’re probably not the target market for the Honk messaging experience.

The app is clearly aiming for a young crowd of largely teenage users. When Honk asks for your age during setup, in fact, you can select an exact number from the list that appears — unless you’re “old,” that is. The last option on the list of ages is “21+” — the “older folks” age bracket, which may sting a bit for the millennial crowd who often still think of themselves as the online trendsetters.

But Honk is aiming to grab Gen Z’s interest, it seems. It’s even marketing to them on TikTok, where it’s already generated some 140K+ “Likes,” as of the time of writing, despite having only uploaded its first video yesterday. Honk founder Benji Taylor also noted on Twitter the app has seen 550,000 “Honks” sent so far, as of Wednesday, December 23, 2020, shortly after noon Eastern.

Taylor declined a full interview when TechCrunch reached out, noting the team was focused on building the product for the time being.

“We’ve been working on Honk for a while now. Our goal is to make messaging fun, and empower people to communicate in new, creative ways that take relationships deeper,” Taylor told TechCrunch. “Ultimately though, we’re a small team building this for ourselves and our friends. If other people like it, all the better,” he said.

Honk, we should note, has been struggling under the load of new signups at launch and high usage. Honk users report the app will sometimes say they’re offline when they’re not, for example, among other bugs. Honk acknowledged the issues on its Twitter and says it’s been working to resolve them.

The app is currently a free download on iOS. It does not include in-app purchases or have any obvious business model.