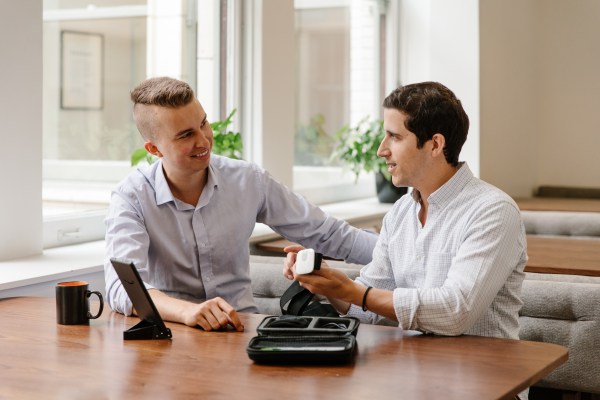 Hinge Health, the San Francisco-based company that offers a digital solution to treat chronic musculoskeletal (MSK) conditions — such as back and joint pain — has closed a $310 million in Series D funding, according to sources.

The round is led by Coatue and Tiger Global, and values 2015-founded Hinge at $3 billion post-money, people familiar with the investment tell me. It comes off the back of a 300% increase in revenue in 2020, with investors told to expect revenue to nearly triple again in 2021 based on the company’s booked pipeline.

I also understand that Hinge’s founders — Daniel Perez and Gabriel Mecklenburg — retain voting control of the board. I’ve reached out to CEO Perez for comment and will update this post should I hear back.

Originally based in London, Hinge Health primarily sells into U.S. employers and health plans, billing itself as a digital healthcare solution for chronic MSK conditions. The platform combines wearable sensors, an app and health coaching to remotely deliver physical therapy and behavioral health.

The basic premise is that there is plenty of existing research to show how best to treat chronic MSK disorders, but existing healthcare systems aren’t up to the task due to funding pressures and for other systematic reasons. The result is an over tendency to use opioid-based painkillers or surgery, with poor results and often at even greater cost. Hinge wants to reverse this through the use of technology and better data, with a focus on improving treatment adherence.

Meanwhile, Hinge’s jump in valuation is significant. According to sources, the company’s February round produced a valuation of around $420 million, so the new valuation is more than a 6x increase.