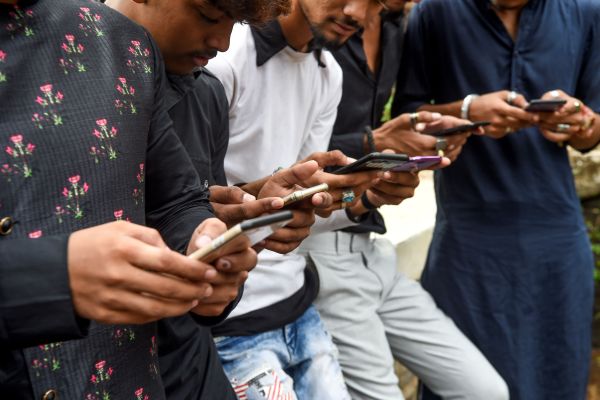 The advent of low-cost Android smartphones and the world’s cheapest mobile data has paved the way for millions of social media influencers in India to amass a following of tens of millions of users in recent years.

These influencers, also known as creators, share their daily vlogs, thoughts on a wide range of issues, and some engage with big brands to help sell their products to niche, loyal audiences. E-commerce giant Flipkart and scores of several other businesses today work with these influencers.

But India’s ban on TikTok, the Chinese short-video app that reached more than 200 million users in the country, in late June unearthed some of the biggest problems these creators face today: They are too reliant on a handful of platforms, and their work structure is not well organized.

A new startup believes it has built the platform to help creators assume more control over their work. And a number of high-profile entrepreneurs agree.

On Friday, Madhavan Malolan announced CreatorOS, a platform that enables creators to build, manage and grow their businesses. About 1,000 creators, including a number of short-film makers, teachers and consultants, have already joined the platform, said Madhavan, who co-founded the startup, formerly known as Socionity, in January this year. Prior to CreatorOS, he worked at a number of firms, including Microsoft.

“We believe that these creators will become an entrepreneur in the coming decade. So we are creating tools, connections and infrastructure that they will need to run their digital businesses. Currently, there is a lot of spray and pray happening on the creator’s part. They are producing videos in hopes that they go viral so more people in the industry discover them,” said Madhavan in an interview with TechCrunch.

The marquee tool on CreatorOS today is an app-builder that allows creators to build their own apps, push and sell their content in it and build their own communities. Madhavan said CreatorOS has overly reduced the efforts that need to go into building an app to simply drag and drop.

Madhavan said that the trust that so many established entrepreneurs showed in CreatorOS convinced him that he did not need to engage with VC firms yet and instead put the entire focus on serving creators. He said the ban on TikTok and how so many startups are trying to scale their short-video apps has created an immense opportunity for CreatorOS.

The startup expects to have more than 5,000 creators on its platform by the end of the year. It is working with creators to understand and build more features that would benefit them, said Madhavan.