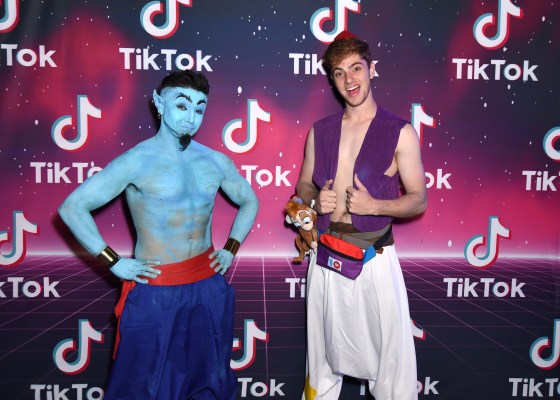 ByteDance’s TikTok app, which has gained hundreds of millions of users in India with its short-form videos, is facing criticism in its biggest overseas market after disturbing videos surfaced on the platform.

Phrases such as BanTikTok, DeleteTikTok, and BlockTikTok have trended on Twitter in India in the past three weeks after numerous users expressed disgust over some videos that were circulating on Chinese giant ByteDance’s jewel app.

The backlash has resulted in millions of Indians giving the app a one-star rating on its Google Play Store listing and posting poor reviews that are critical of the app. The app’s overall rating globally has tanked from 4.5 as of earlier this month to as low as 1.2 — until Google intervened.

A Google spokesperson said the company removed millions of negative TikTok reviews that users had posted as a corrective action to curb spam abuse. After this correction, TikTok’s rating has recovered slightly to as high as 1.6 — in Europe, it currently sits at 1.4.

At one time, the overall “sentiment” of the app that, in part, describes a user’s satisfaction with the app based on its reviews, dropped from 86% to 39%, mobile insight firm Apptopia told TechCrunch.

Outrages over an app is not a new phenomenon. In India itself, there have been a handful of cases including an incident when an alleged remark made by Snapchat co-founder upset many Indians, many of whom mistakenly deleted — and left poor ratings for — Snapdeal e-commerce app.

But the new incident, which snowballed after Faizal Siddiqui (a social media influencer) posted a spoof video of an acid attack (for which he has since apologized), has put TikTok’s content moderation efforts on spotlight in India, where its app reached 200 million users late last year.

Maneka Sanjay Gandhi, an Indian politician, claimed that TikTok — as well as the executive who sees the app’s operation in India — has not listened to the feedback and refused to take down derogatory videos and hold people who posted those clips accountable despite her reports.

In a statement, a TikTok spokesperson said, “keeping people on TikTok safe is a top priority and we make it clear in our Term of Service and Community Guidelines that clearly outlines what is not acceptable on our platform. As per the policy, we do not allow content that risks safety of others, promotes physical harm or glorifies violence against women. The behaviour in question violates our guidelines and we have taken down content, suspended the account, and are working with law enforcement agencies as appropriate.”

But ByteDance did not reveal how many content moderators it had in India and how proactively it removes objectionable videos — or if it does. This isn’t the first time when ByteDance’s efforts have come under scrutiny in India.