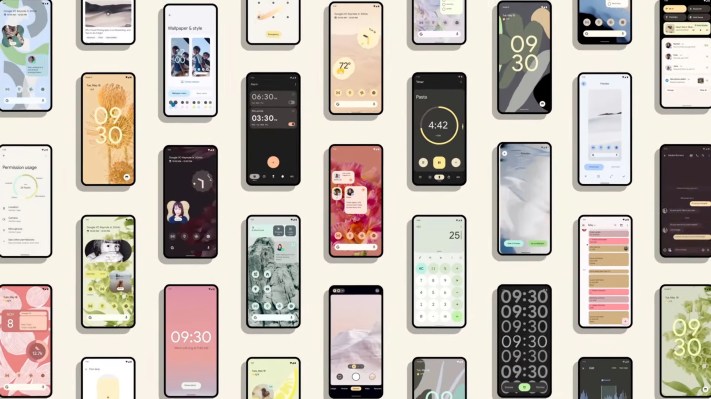 Google has now taken another step toward the public release of the latest version of the Android operating system, Android 12. The company today released the fourth beta of Android 12, whose most notable new feature is that it has achieved the Platform Stability milestone — meaning the changes impacting Android app developers are now finalized, allowing them to test their apps without worrying about breaking changes in subsequent releases.

While the updated version of Android brings a number of new capabilities for developers to tap into, Google urges its developers to first focus on releasing an Android-12-compatible update. If users find their app doesn’t work properly when they upgrade to the new version of Android, they may stop using the app entirely or even uninstall it, the company warns.

Among the flagship consumer-facing features in Android 12 is the new and more adaptive design system called “Material You,” which lets users apply themes that span across the OS to personalize their Android experience. It also brings new privacy tools, like microphone and camera indicators that show if an app is using those features, as well as a clipboard read notification, similar to iOS, which alerts to apps that read the user’s clipboard history. In addition, Android 12 lets users play games as soon as they download them, through a Google Play Instant feature. Other key Android features and tools, like Quick Settings, Google Pay, Home Controls and Android widgets, among others, have been improved, too.

Google has continued to roll out smaller consumer-facing updates in previous Android 12 beta releases, but beta 4 is focused on developers getting their apps ready for the public release of Android, which is expected in the fall.

The company suggested developers look out for changes that include the new Privacy Dashboard in Settings, which lets users see which apps are accessing what type of data and when, and other privacy features like the indicator lights for the mic and camera, clipboard read tools, and new toggles that lets users turn off mic and camera access across all apps.

There’s also a new “stretch” overscroll effect that replace the older “glow” overscroll effect systemwide, new splash screen animations for apps and keygen changes to be aware of. And there are a number of SDKs and libraries that developers use that will need to be tested for compatibility, including those from Google and third parties.

The new Android 12 beta 4 release is available on supported Pixel devices, and on devices from select partners including ASUS, OnePlus, Oppo, Realme, Sharp and ZTE. Android TV developers can access beta 4 as well, via the ADT-3 developer kit.