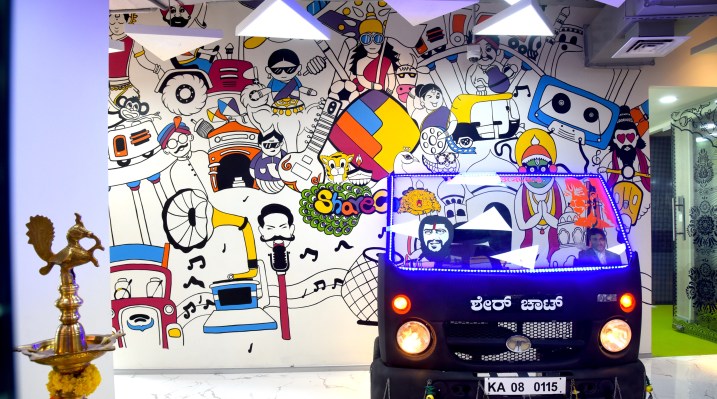 ShareChat, an Indian social network that added Twitter as an investor in 2019, may soon receive the backing of two more American firms.

The Bangalore-based startup is in advanced stages of talks to raise money from Google and Snap, as well as several existing investors, including Twitter, three sources familiar with the matter told TechCrunch.

The new financing round — a Series E — is slated to be larger than $200 million, with Google alone financing more than $100 million of it, four sources said, requesting anonymity as the talks are private. The round values ShareChat at more than $1 billion, two of the sources said.

ShareChat, Google and Snap did not immediately respond to a request for comment. ShareChat has raised about $264 million to date and was valued at nearly $700 million last year.

The terms of the deal could change and the talks may not materialize into an investment, the sources cautioned. Local TV channel ET Now reported last year that Google was in talks to acquire ShareChat.

ShareChat’s marquee and eponymous app caters to users in 15 Indian languages and has a large following in small Indian cities and towns. Twitter and Snap, on the other hand, are struggling to gain users beyond urban cities in the world’s second-largest internet market. Both Twitter and Snapchat have about 50 million monthly active users in India, according to a popular mobile insight firm.

In an interview with TechCrunch last year, Ankush Sachdeva, co-founder and chief executive of ShareChat, said the app was growing “exponentially” and that users were spending, on average, more than 30 minutes on the app each day.

If the deal goes through, it would be the first investment from Snapchat’s parent company into an Indian startup. Google, on the other hand, has been on a spree of late. The Android-maker last month invested in DailyHunt and InMobi’s Glance, both of which operate short-video apps.

Like the two, ShareChat also operates a short-video app. Its app, called Moj, had amassed more than 80 million monthly active users as of September last year, the startup said at the time. Several of these short videos apps, as well as Times Internet’s MX TakaTak (operated by MX Player), have witnessed an accelerated growth in recent quarters thanks in part to New Delhi banning ByteDance’s TikTok and hundreds of other Chinese apps mid-last year.

Google, Facebook, ShareChat, DailyHunt and Glance generate most of their revenue through ads. About 85% of the ad market in India is currently commanded by Facebook and Google, analysts at Bank of America wrote in a report to clients last year. “We estimate this market to be $10 billion by 2024 and see room for Facebook to increase its market-share by 4 percentage points in 4 years led by partnership with Jio. We estimate Facebook may have $4.7 billion revenues by 2024,” they wrote in the equity research report, obtained by TechCrunch.