Gnarbox 2.0 backup SSD is a photographer’s best friend in the field and at home – TechCrunch 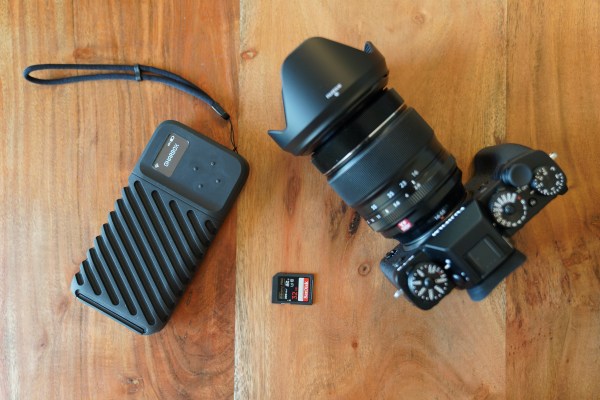 Working photographers, and enthusiasts who just love taking plenty of pictures, know that even the biggest SD cards can sometimes fill up, especially when you’re working with large file sizes, shooting both JPG and RAW, and shooting 4K video. The solution? A good mobile backup drive. There are a number of options out there that fit the bill, but the newly released Gnarbox 2.0 might be the best of them all, because it works like a miniature independent photo computer in addition to packing speedy SSD storage onboard.

This is the second generation of Gnarbox’s backup solution, and while I used the original, HDD-based version to great effect for a long time, the 2.0 version adds a ton of useful features, including super-fast SSD storage ranging from 256GB to 1TB in capacity, a new OLED display that makes it even easier to use in the field, and a removable battery that means you can pack spares to stay powered up and ready.

It’s not the fanciest feature that the Gnarbox 2.0 offers, but it might be the one you use most: Quick and painless backup of SD cards. There’s an SD port on the device itself that can transfer at speeds up of to 75MB/s, and it has USB-C ports that can transfer direct from cameras or from card readers at up to 350MB/s depending on their transfer capabilities. When you plug in an SD card or camera, you get an option on the screen to totally back up the contents of the attached drive with one click, which makes it incredibly easy to dump and delete and clear up space to keep shooting. 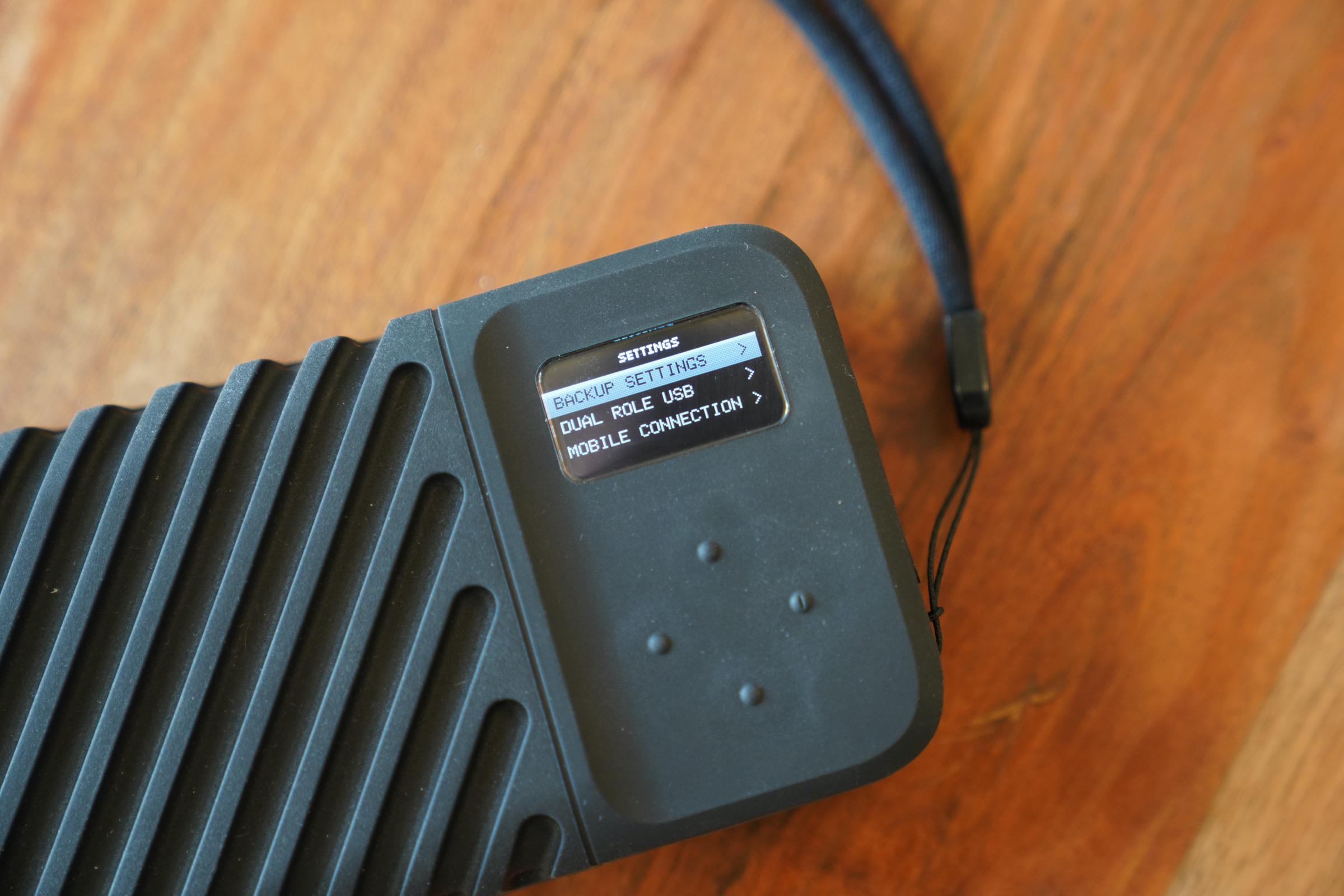 During a 9-day trip that included two events and a vacation to shoot, I made frequent use of this feature. Shooting with the new Sony A7R IV in both RAW and JPG, even my 128GB SD + 64GB SD backup cards filled up pretty quickly, but I would just slide one of the cards into the Gnarbox’s slot and hit the backup button before changing venues and it’d be fully backed up within a few minutes.

In my experience, this process has been rock-solid reliable, and gives me effectively 10x the space for a shoot vs. just relying on my cards alone (I don’t typically have a similar sized backup SD card on the road, let alone 10). By default, the Gnarbox 2.0 stores all your media in backup folders organized by capture date, too, which makes them super easy to sort through once you get back to base.

A mobile review and rating machine

Once all that great capture content is on your Gnarbox 2.0, you can also very easily connect to the drive using Gnarbox’s mobile apps to either review what you’ve got, or go through and rate your photos quickly to make the process of working through them once you’re installed at your workstation easier.

There are two apps from Gnarbox available right now, including Gnarbox Safekeep and Gnarbox Selects. Safekeep gives you access to all your device’s settings and can also act as a file browser for shuttling photos between apps. But Selects is probably what you’re going to be using most – it not only offers fast RAW previews (compatible with every major camera’s RAW formats) but also lets you quickly add ratings, keyboard tags and more to make sure your collection is primed for edit when you get back to your desktop.

With Selects, you can review either files on the Gnarbox SSD itself, or on attached memory cards or storage media (so yes, you can use this with something like a Samsung T5 if you’re already using that as a backup solution). All this info will then show up in applications like Adobe Lightroom to expedite your workflow.

This can shave hours off the process of organizing your photos, since it means you can do the rating and reviewing up front without having to wait for everything to import and then trying to recall what you were going for with the shoot in the field after the fact.

Easy sharing from the field

Speaking of saving time, the Gnarbox 2.0 also helps you move more quickly from capture to sharing, which is incredibly useful if you’re working on a live event or doing photojournalism of something happening in the moment. The device supports Lightroom mobile out of the box, meaning you can navigate to it as a source for a new collection and move files over directly when connected to your phone or tablet. This makes it awesome for adding quick edits to RAW files, exporting finished JPGs and sharing directly to social apps and websites.

With Apple’s new iOS 13 filesystem changes, the Gnarbox 2.0 can also be addressed as a mass storage device, so you should be pretty wide open in terms of options for working with various editing software. This is also great for mobile video workflows, since Gnarbox 2.0 works just as well for storing video capture as well as photos. 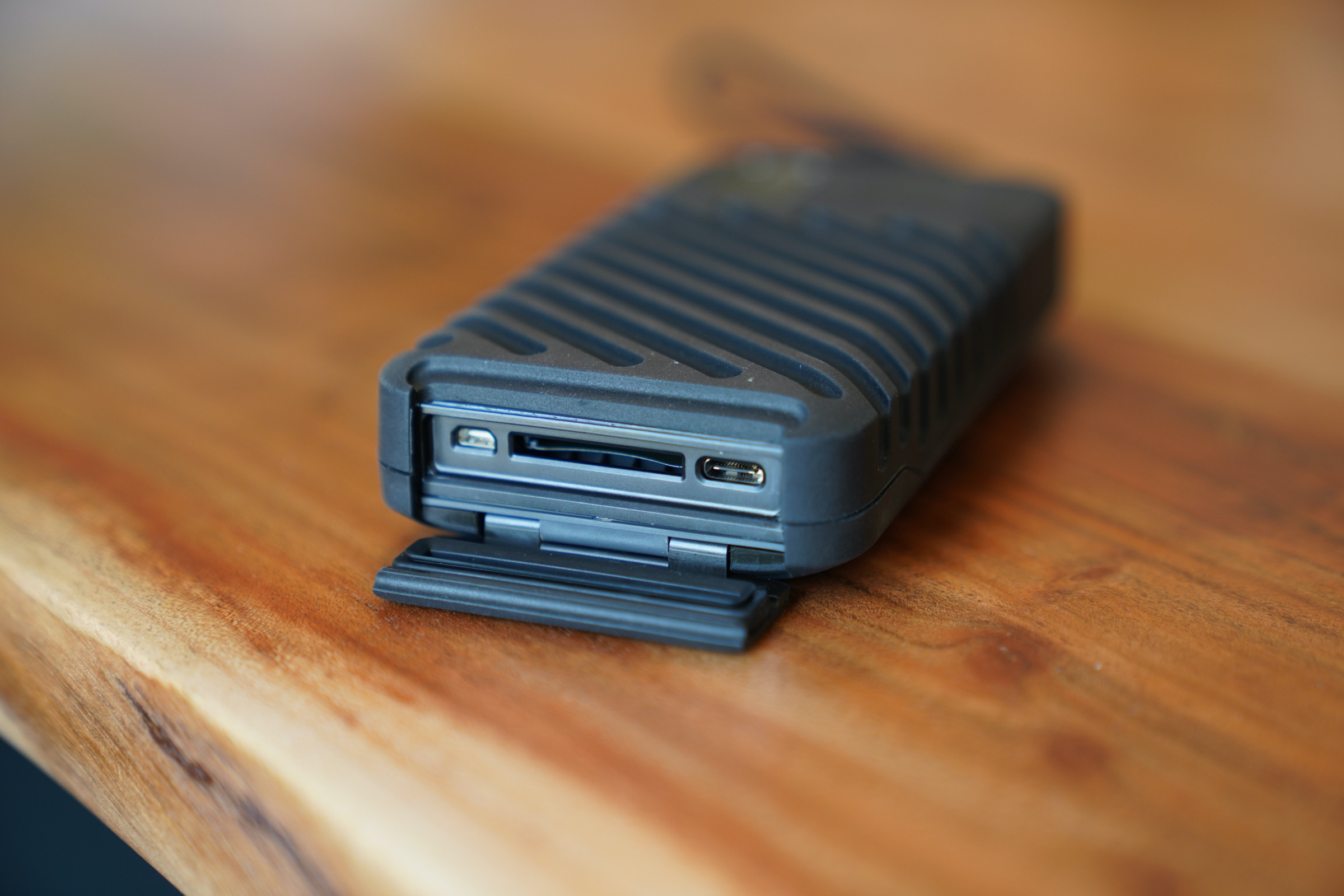 The Gnarbox 2.0 is great on the go, but it’s also perfect for plugging in as a home work drive once you’re back from the shoot. I’m reviewing the 1TB version, so the amount of available on board storage is a big advantage here, since it can essentially provide all the space you need to give you all of your working files in one place.

As mentioned, it supports high-speed USB-C transfer, which makes working with the files directly from the drive on your main workstation much more pleasant. That also means you don’t necessarily have to move things over local to get to work, which saves you a step and spares your computer’s disk space.

Gnarbox 2.0 switches to USB Mass Storage mode pretty easily, using the onboard OLED menu system. You do need to make this switch manually however, because by default the USB-C port that it uses to make the computer connection is used for charging the Gnarbox’s battery. Once you’re in that mode, however, it’s as easy as connecting Gnarbox 2.0 to your computer and then navigating to it as you would any other connected mass storage device.

Photos on the drive are organized by capture date, as mentioned (you can customize how it creates its folder structure if you want) and you can also select it as an import target in any photo editing software, like Lightroom or Capture One. 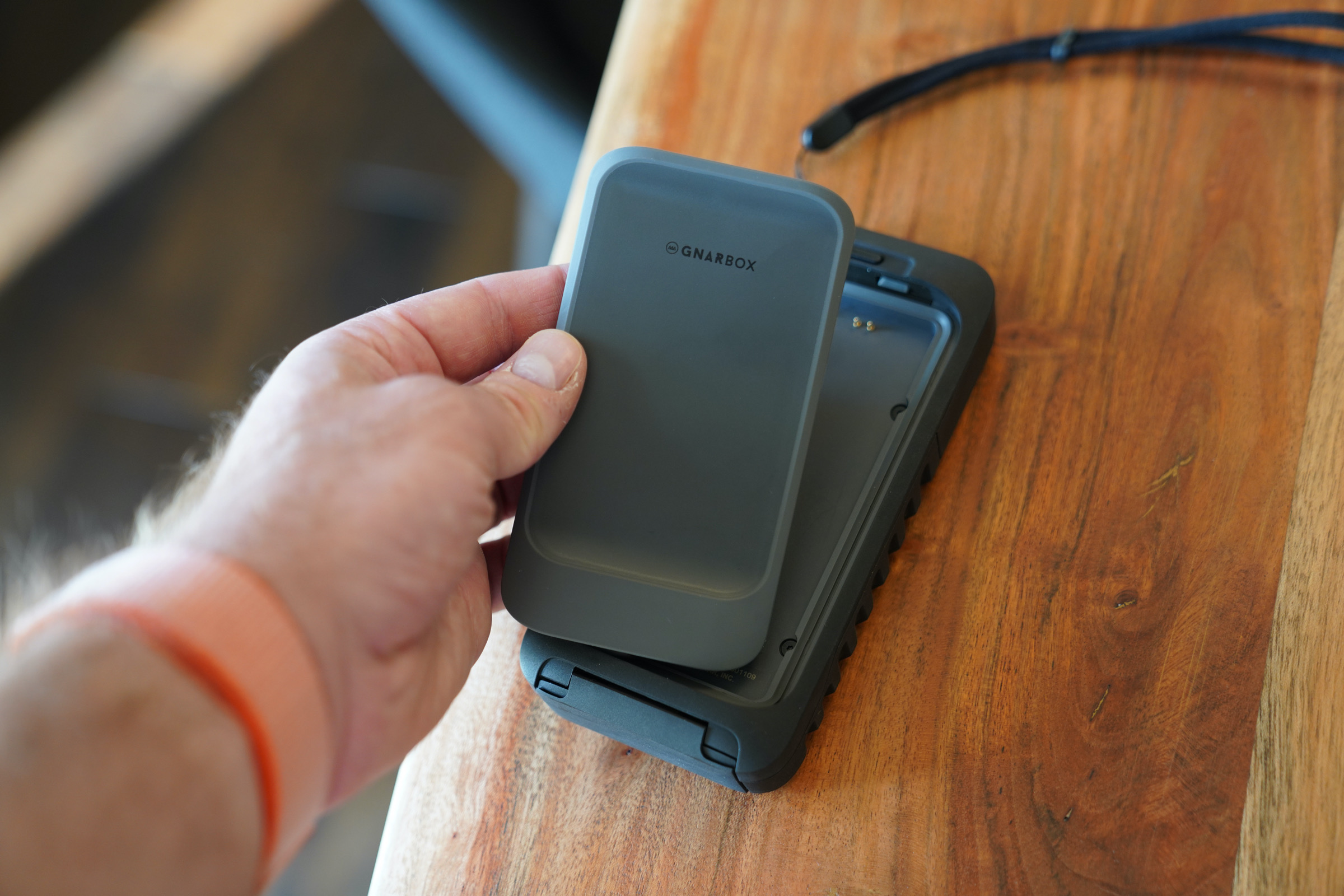 Gnarbox has taken their time to create a thoughtful and thorough successor to their original product with the Gnarbox 2.0. It’s a unique blend of field photo server and mini computer, made more versatile with clever touches like the removable battery packs and dust/splash resistance. Ultimately, there really isn’t anything in the market that can compete with the Gnarbox 2.0 on everything it provides, though devices like WD’s My Passport Wireless Pro and the LaCie Rugged Boss SSD can offer some key parts at lower prices depending on your needs.

At $899 for the 1TB version I reviewed, ($499 and $599 for the 256 and 512GB versions, respectively), the Gnarbox 2.0 clearly isn’t for everyone. It’s a professional tool for a professional workflow, and it’s priced as such. That said, the value it provides for busy photographers who need a companion storage solution with utmost flexibility for working both at home and on the road is definitely going to make it worth the cost of admission for some.