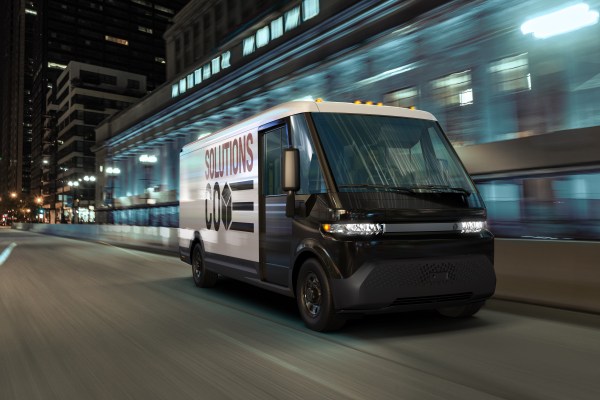 General Motors said Wednesday it is adding two new zero-emissions vehicles to its commercial portfolio as it looks to expand its first-to-last-mile business arm, BrightDrop.

The first vehicle will be a battery electric cargo van under the Chevrolet brand that will likely be similar to the popular Chevy Express van. The second will be a medium-duty truck that CEO Mary Barra said “will put both the Ultium and Hydrotec hydrogen fuel cell technology to work.”

Much has been made of GM’s commitment to invest in electric passenger vehicles, but the company has also been busy targeting commercial customers with zero-emitting technologies. GM’s go-to technologies are battery electric and hydrogen fuel cells for heavy-duty and long-haul purposes.

GM in January said it would supply Hydrotec Hydrogen Fuel Cell Power Cubes to trucking manufacturer Navistar, with the first hydrogen trucks anticipated to go on sale in 2024. The automaker also penned a deal with Wabtec to develop hydrogen fuel cells and batteries for locomotives.

GM launched BrightDrop in January in a bid to offer commercial customers, starting with a contract with FedEx, an ecosystem of electric and connected products.

BrightDrop started with two main products, an electric van called the EV600 with an estimate range of 250 miles and a pod-like electric pallet dubbed EP1. BrightDrop executives previously hinted that the business unit was working on other products, including a medium-distance vehicle that transports multiple electric pallets known as EP1 and rapid load delivery vehicle concept.

“Between these new trucks, BrightDrop, EV pickups coming from Chevrolet and GMC, and our work with Wabtec on locomotives, and Navistar on semi trucks, we will have electric solutions for almost any towing or hauling job you can imagine,” Barra said.