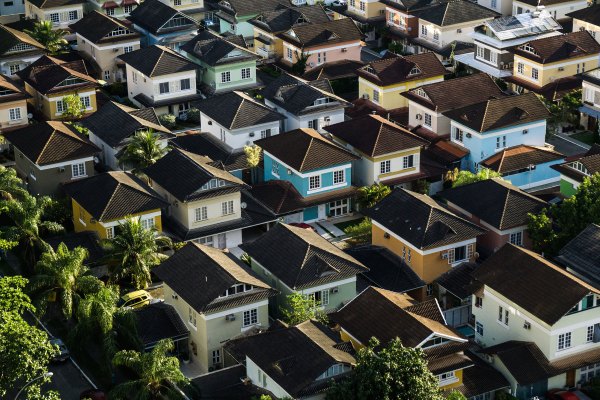 There’s a low-energy solution to home heating and cooling sitting right underneath most houses, but until recently no one has been able to tap it.

That solution is geothermal energy, using the earth’s own heat to provide temperature-controlled comfort to homeowners is the mission that Kathy Hannun set for herself while working at Google X (the skunkworks division within Google) and it’s been her goal when she spun out her technology as the startup Dandelion Energy.

Her company is now helmed by chief executive Michael Sachse, a former entrepreneur in residence at the venture firm NEA and a longtime executive at the energy management company, Opower, so Hannun can focus on pushing forward the technology she developed.

Helping her advance the geothermal tech is a new $30 million cash infusion from Breakthrough Energy Ventures, the fund backed by Bill Gates and a slew of other billionaires to provide financing that can commercialize the new sustainable technologies needed to help the world respond and adapt to global warming.

In Dandelion’s case that means driving down the cost of installing geothermal systems from over $50,000 to roughly $18,000 to $20,000. The company partnered with Con Edison back in 2019 to offer Westchester homeowners $5,000 off their installations, and that project accounts for some of the 500 homes that are already using Dandelion’s system.

While the number of installations is small, Sachse and Hannun have ambitious goals, as well as some other strategic financial backers that may help them meet their targets.

Chiefly, the U.S. homebuilding giant Lennar is an investor in the company’s latest round and their presence on the cap table could mean big things if Dandelion can get its systems installed in any planned new construction.

“Our goal is to be able to do 10,000 homes per year. When we think about getting to 10,000 homes per year what that requires is for us to expand geographically,” Sachse said. “Lennar, which depending on how you measure it is either the second-largest or the largest homebuilder — they are not just an investor but we are working with them on developing communities.”

For now Dandelion’s technology is only used by folks in very specific situations who could loosely be described as upper middle class.

“We think of our typical customer as someone who is interested in making a sound economic choice. They’re in their 40s or 50s, with a college degree and good credit,” Sachse said. “Living in a home that is 2,000 to 2,500 square feet that is by definition a little bit removed from the traditional urban infrastructure. Upper middle class product in the same way that solar has found traction in homes like that.”

Currently, the company focuses on the retrofit market and is confining its operations to the Northeast, where there are roughly 5.6 million homes that use fuel oil or propane, where installing a Dandelion system can make economic sense given the current costs for the tech.

“The core target customer is someone who is using fuel oil or propane to heat their home. The reason to target them is because we think the payback for them is most attractive,” Sachse said. “Typically the customers who are investing in a Dandelion system and paying cash are going to see a five to seven-year payback. Customers who are financing are going to see a lower energy bill from day one.”

Dandelion’s innovations touch on three different aspects of making geothermal systems work: the drill, the heat exchanger and the monitoring and management system for the heating and cooling system once it’s installed.

First, the company designed a drill that could give installation operations a smaller footprint. Installers need about seven feet of space to drill down the 300 feet to 500 feet the company needs to access the 55 degree temperatures necessary to create the Dandelion heat loop.

The company then connects that loop to a novel heat exchanger located in a mechanical room of the house. That heat pump is connected to several sensors, allowing the company to integrate with things like the Nest Thermostat to enable homeowners to have more control of the temperature in their homes through their smart phones.

Dandelion’s system also includes a smart remote monitoring system that collects and stores data. The data is then uploaded about every 10 seconds and is monitored by Dandelion engineers, the company said. This means any potential problems will be caught immediately and a repair man can be sent to the homeowner’s house before the customer is even aware there might be an issue.

The company’s executives argue that massive adoption of their home heating and cooling systems represent a vital part of any energy transition away from fossil fuels, chiefly because electric heating systems are inefficient.

“If we had a grid that was large enough to support renewable supply electricity and not worry about the efficiency of the electricity demand, we’d be in an amazing spot,” Sachse said. “Realistically to electrify the grid we need to triple our capacity while becoming more efficient. I don’t see how we get there without as part of that journey finding more sustainable ways to heat our homes.”

Geothermal home heating would certainly go a long way toward stabilizing the grid, according to Hannun.

“Already air conditioners that are more efficient are putting enormous strain on the grid. Drives fuel use and transition challenges. The benefits of geothermal because of that connection to the ground is really moving out the demand peak,” she said. “The technology has a lot of benefits that it confers to the grid and help it operate much better. Which is one reason why we’ve seen utilities in New York embrace this technology and really become its champion.”

Breakthrough Energy Ventures is wholeheartedly on board with Dandelion’s solution.