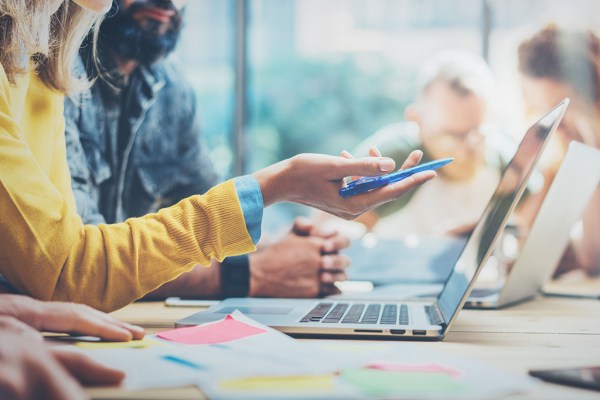 The rapid rise of Slack — which has recently broken the 100,000 mark for paying businesses using its service — has ushered in a rush of competition from other companies across the worlds of social media and enterprise software, all aiming to become the go-to conversation layer for businesses. Today, Workplace, Facebook’s effort in that race, announced a milestone in its growth along with a bigger push into video services and other improvements.

The service — priced at $1.50 per month per employee — now has passed 3 million paying users, adding in 1 million workers from mostly enterprise businesses in the last eight months.

And to capitalize on Facebook’s growing focus on video in its consumer service, Workplace is announcing several steps of its own into video: it’s releasing a special app that can be used on the Portal, Facebook’s video screen; and alongside that it’s announcing new video features: captioning at the bottom of videos; auto-translating starting with 17 languages; and a new P2P architecture that will speed up video transmission for those who might be watching videos on Workplace in places where bandwidth is constrained.

The features and milestone number are all being announced today at Flock, the Workplace user conference that Facebook puts on each year. Alongside all these, Facebook also announced several other features for its enterprise app (more on the other new features below).

The push to video comes at an interesting time for Workplace on the competitive front. Karandeep Anand, who came to Facebook from Microsoft and currently heads up Facebook with Julien Codorniou managing business development, has made a point of differentiating Workplace from others in the field of workplace collaboration by emphasizing how it’s used by very large enterprises like Walmart (the world’s largest single employer) to bring together not just white-collar knowledge workers but also frontline workers on to a single communication platform.

The company says that today, its customers include 150 companies with over 10,000 active users apiece, with other names on its books including Starbucks, Spotify, AstraZeneca, Deliveroo and Kering.

The push to video follows that trajectory: it’s a way for Workplace (and Facebook) to differentiate the experience and use cases for the product to businesses, who might already be using Slack but might consider buying this as well, if not migrating away from the other product altogether. (Teams is a different ballgame, of course, since it has a strong video component of its own and also likes to position itself as a product for all kinds of employees, too.)

Workplace’s video efforts here will mark the first time that Facebook is positioning Portal as a product for businesses. This is notable, when you consider that there has been some adoption of Amazon’s Alexa in workplace scenarios, too; and that there has been some pushback from consumers about the prospect of having a Facebook video device sitting in their homes. This gives Facebook’s $179 hardware (which will be sold at the same price to businesses) a new avenue for sales.

Video has been a cornerstone of how Workplace has been developing for a while now, with companies using it as a way for, say, the big boss to send out more personalised communications to workers, and for people in workgroups to create video chats with each other. A dedicated screen for video chats takes this idea to the next level, and plays on the fact that video conferencing services like Zoom have caught on like wildfire in modern offices, where people who work together often work in disparate locations.

There is another way that Portal could find some traction with businesses: videoconferencing solutions tend to be very expensive, in part because of the hefty hardware investments that need to be made. Offering a device at $179 drastically undercuts that investment. Codorniou declined to comment on whether Facebook might make a more concerted effort to push this as a cost-effective videoconferencing alternative down the line, but he did point out that today Facebook and Zoom have a close relationship.

The other video features that Workplace is announcing today will further enhance the experience: Facebook will now give users the option to incluce automatic captions at the bottoms of videos, with the added bonus of translation, initially in 17 languages. And the improved video quality for those with limited bandwidth is significantly not something that Facebook has rolled out in its consumer app: the aim is to improve the quality of broadcasting in scenarios where bandwidth might not be as strong but there are simultaneous people watching the same event: something you could imagine applying, say, at a company all-hands or townhall event with remote participants.

Alongside all of these video features, Workplace is adding in a host of other features to expand the use cases for the product beyond basic chatting:

New learning product. This is not about e-learning per se, but Workplace is now offering a way for HR to add onboarding teaching and videos into Workplace for new employees or new services at the company. No plans right now to expand this to educational content, Codorniou said.

Surveys are also coming to Workplace. These will be set by administrators — not any worker at any time — and it seems that for now there will be no anonymity, so that will mean it’s unlikely that these will cover any sensitive topics, and might in any case see a chilling effect in how people feel they can respond.

Frontline access is getting overhauled in Workplace, where people who do not use company email addresses will now be able to create accounts using generated codes.

Those admins that are trying to track how well Workplace is actually working for them will also be able to track engagement and other metrics on the platform.

In addition to these, Workplace is also adding in some gamification features to the platform, where people can publicly thank people, set and follow workplace goals, and award badges to individuals who have achieved something in areas like sales, anniversaries or other positive milestones.

As with the video features, the idea is to bring services to Workplace that you are not necessarily getting in Slack and other competitive products. That is the maxim also when the features are replicas of features you might have seen elsewhere, but not all in one consolidated place.

Asked what he thought about the claims that Facebook is too much of a “copycat” when it came to building new features, Codorniou was defensive. “I think Workplace itself is getting to a market that has been untouched before. When it comes to badges or goals, for example, yes people have but these before, but the difference is that we are offering them to a wide network of people. If you have to use a separate app, it’s not a great experience.

“Everything that we ship is the result of customer feedback and requests. If they tell us they want these, it means they’re not finding what they needed on the market.”