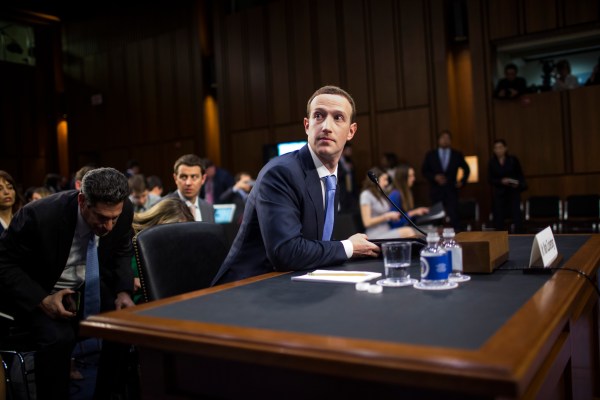 Facebook’s controversial policy-setting supergroup issued its verdict on Trump’s fate Wednesday, and it wasn’t quite what most of us were expecting.

We’ll dig into the decision to tease out what it really means, not just for Trump, but also for Facebook’s broader experiment in outsourcing difficult content moderation decisions and for just how independent the board really is.

The Oversight Board backed Facebook’s determination that Trump violated its policies on “Dangerous Individuals and Organizations,” which prohibits anything that praises or otherwise supports violence. The the full decision and accompanying policy recommendations are online for anyone to read.

Specifically, the Oversight Board ruled that two Trump posts, one telling Capitol rioters “We love you. You’re very special” and another calling them “great patriots” and telling them to “remember this day forever” broke Facebook’s rules. In fact, the board went as far as saying the pair of posts “severely” violated the rules in question, making it clear that the risk of real-world harm in Trump’s words was was crystal clear:

The Board found that, in maintaining an unfounded narrative of electoral fraud and persistent calls to action, Mr. Trump created an environment where a serious risk of violence was possible. At the time of Mr. Trump’s posts, there was a clear, immediate risk of harm and his words of support for those involved in the riots legitimized their violent actions. As president, Mr. Trump had a high level of influence. The reach of his posts was large, with 35 million followers on Facebook and 24 million on Instagram.”

It is not permissible for Facebook to keep a user off the platform for an undefined period, with no criteria for when or whether the account will be restored.

In applying this penalty, Facebook did not follow a clear, published procedure. ‘Indefinite’ suspensions are not described in the company’s content policies. Facebook’s normal penalties include removing the violating content, imposing a time-bound period of suspension, or permanently disabling the page and account.”

The Oversight Board didn’t mince words on this point, going on to say that by putting a “vague, standardless” punishment in place and then kicking the ultimate decision to the Oversight Board, “Facebook seeks to avoid its responsibilities.” Turning things around, the board asserted that it’s actually Facebook’s responsibility to come up with an appropriate penalty for Trump that fits its set of content moderation rules.

Is this a surprise outcome?

If you’d asked me yesterday, I would have said that the Oversight Board was more likely to overturn Facebook’s Trump decision. I also called Wednesday’s big decision a win-win for Facebook, because whatever the outcome, it wouldn’t ultimately be criticized a second time for either letting Trump back onto the platform or kicking him off for good. So much for that!

Facebook likely saw a more clear-cut decision on the Trump situation in the cards. This is a relatively challenging outcome for a company that’s probably ready to move on from its (many, many) missteps during the Trump era. But there’s definitely an argument that if the board declared that Facebook made the wrong call and reinstated Trump that would have been a much bigger headache.

A lot of us didn’t see the “straight up toss the ball back into Facebook’s court” option as a possible outcome. It’s ironic and a bit surprising that the Oversight Board’s decision to give Facebook the final say actually makes the board look more independent, not less.

But: It’s worth remembering that at the end of the day, Facebook could undermine the whole thing by just refusing to do what the board says. The board only has as much power as Facebook grants it and the company could call off the deal at any second, if it chose to.

What does it mean that the Oversight Board sent the decision back to Facebook?

Ultimately the Oversight Board is asking Facebook to either a) give Trump’s suspension and end date or b) delete his account. In a less severe case, the normal course of action would be for Facebook to remove whatever broke the rules, but given the ramifications here and the fact that Trump is a repeat Facebook rule-breaker, this is obviously all well past that option.

We’re in for a wait. The board called for Facebook to evaluate the Trump situation and reach a final decision within six months, calling for a “proportionate” response that is justified by its platform rules. Since Facebook and other social media companies are re-writing their rules all the time and making big calls on the fly, that gives the company a bit of time to build out policies that align with the actions it plans to take.

In the months following the violence at the U.S. Capitol, Facebook repeatedly defended its Trump call as “necessary and right.” It’s hard to imagine the company deciding that Trump will get reinstated six months from now, but in theory Facebook could decide that length of time was an appropriate punishment and write that into its rules. The fact that Twitter permanently banned Trump means that Facebook could comfortably follow suit at this point.

In direct response to the decision, Facebook’s Nick Clegg wrote only: “We will now consider the board’s decision and determine an action that is clear and proportionate.” Clegg says Trump will stay suspended until then but didn’t offer further hints at what comes next. See you again on November 5.

If Trump had won reelection, this whole thing probably would have gone down very differently. As much as Facebook likes to say its decisions are aligned with lofty ideals — absolute free speech, connecting people — the company is ultimately very attuned to its regulatory and political environment.

Trump’s actions were on January 6 were dangerous and flagrant, but Biden’s looming inauguration two weeks later probably influenced the company’s decision just as much. Circumventing regulatory scrutiny is also arguably the r’aison dêtre for the Oversight Board to begin with.

Did the board actually change anything?

If it does, the Oversight Board’s recommendations could reshape how Facebook handles high profile accounts in the future:

The Board stated that it is not always useful to draw a firm distinction between political leaders and other influential users, recognizing that other users with large audiences can also contribute to serious risks of harm.

While the same rules should apply to all users, context matters when assessing the probability and imminence of harm. When posts by influential users pose a high probability of imminent harm, Facebook should act quickly to enforce its rules. Although Facebook explained that it did not apply its ‘newsworthiness’ allowance in this case, the Board called on Facebook to address widespread confusion about how decisions relating to influential users are made. The Board stressed that considerations of newsworthiness should not take priority when urgent action is needed to prevent significant harm.

Facebook and other social networks have hidden behind newsworthiness exemptions for years instead of making difficult policy calls that would upset half their users. Here, the board not only says that political leaders don’t really deserve special consideration while enforcing the rules, but that it’s much more important to take down content that could cause harm than it is to keep it online because it’s newsworthy.

So… we’re back to square one?

Yes and no. Trump’s suspension may still be up in the air, but the Oversight Board is modeled after a legal body and its real power is in setting precedents. The board kicked this case back to Facebook because the company picked a punishment for Trump that wasn’t even on the menu, not because it thought anything about his behavior fell in a gray area.

The Oversight Board clearly believed that Trump’s words of praise for rioters at the Capitol created a high stakes, dangerous threat on the platform. It’s easy to imagine the board reaching the same conclusion on Trump’s infamous “when the looting starts, the shooting starts” statement during the George Floyd protests, even though Facebook did nothing at the time. Still, the board stops short of saying that behavior like Trump’s merits a perma-ban — that much is up to Facebook.