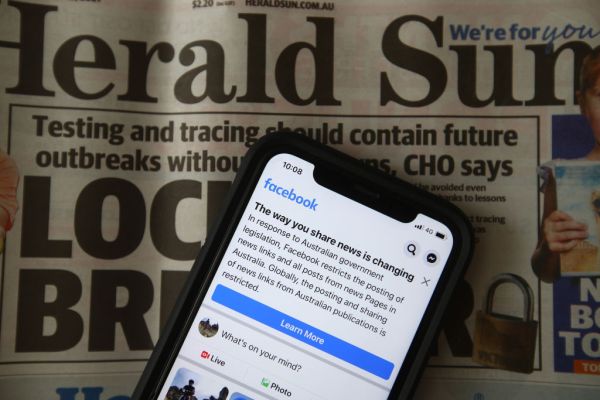 Facebook said it will begin restoring news sharing to Australian users’ feeds in “the coming days” after reaching an agreement with the country’s government. The social media giant made the drastic move of restricting news content in Australia last Wednesday after a dispute over a proposed media bargaining code that is expected to be voted into law soon. The code requires Facebook, and other major tech companies like Google, to make revenue-sharing agreements with publishers for content posted to their social media platforms.

The amendments mean the code now includes a two-month mediation period to allow digital platforms like Facebook and publishers to agree on deals before they are forced to enter into arbitration. The Australian government will also consider commercial agreements tech platforms have already made with local publishers before deciding if the code applies to them, and give them one month’s notice before reaching a final decision.

William Easton, managing director of Facebook Australia and New Zealand, said in a statement that the company was “satisfied” with the changes, adding that they addressed Facebook’s “core concerns about allowing commercial deals that recognize the value our platform provides to publishers relative to the value we receive from them.”

The Australian government announced in April 2020 it would adopt a mandatory code ordering Google, Facebook and other tech giants to pay local media for reusing their content, after an earlier attempt to create a voluntary code with the companies stalled.

As it lobbied against the proposed law, Facebook first threatened to restrict the public sharing of news content in Australia last September. Google also claimed that user experience in Australia would suffer and suggested it may no longer be able to offer free services in the country.