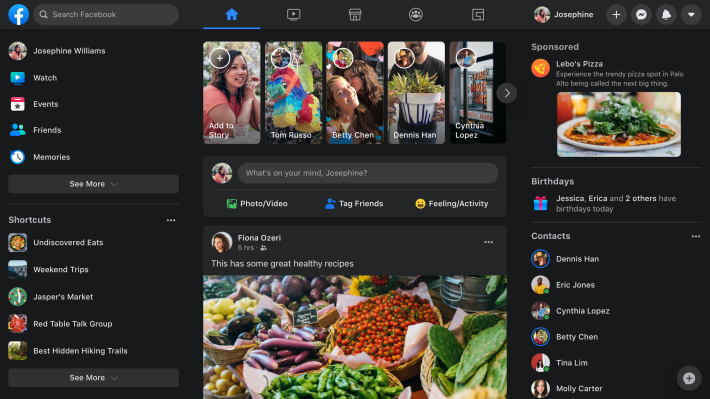 Facebook today officially rolled out its sweeping desktop redesign that offers dark mode, tabbed home screen and a cleaner profile. Facebook tells TechCrunch that “starting today, the majority of people on Facebook will have access to the new desktop design,” which it announced at last year’s F8 conference. Users can opt-in to turn on the redesign before it becomes the default for everyone later this year.

To activate the Facebook.com redesign, go to the Settings Menu -> “See New Facebook.” To disable it, users can return and hit “Switch to Classic Facebook.”

Facebook first began testing the rollout publicly in October, and it seems positive feedback led it to today’s rollout. It comes just weeks after Facebook launched a sweeping redesign of Messenger that removed its Discover tab, demoting the visibility of businesses and chatbots. The company has spent the last two years promising to simplify its apps after a decade of making them more visually complex. 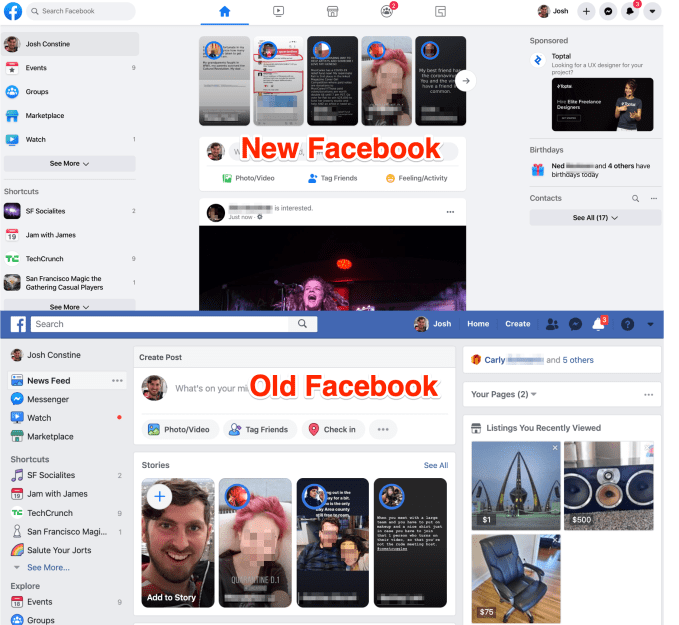 The desktop redesign offers streamlined navigation through tabs for Groups, Marketplace, Watch and more atop the home screen. The home page and transitions also load more quickly. Larger fonts and more sensible layouts make getting around easier on the eyes.

Facebook is also making it faster to create Events, Pages, Groups and ads. You’ll actually be able to see a preview of what these things look like on mobile before you share them.

Most noticeably, Facebook’s new design brings dark mode, which can be toggled on and off through a switch in the Settings drop-down menu. It’s designed to minimize screen glare while maintaining contrast so you don’t blast your eyes with a white background while in a dim room. 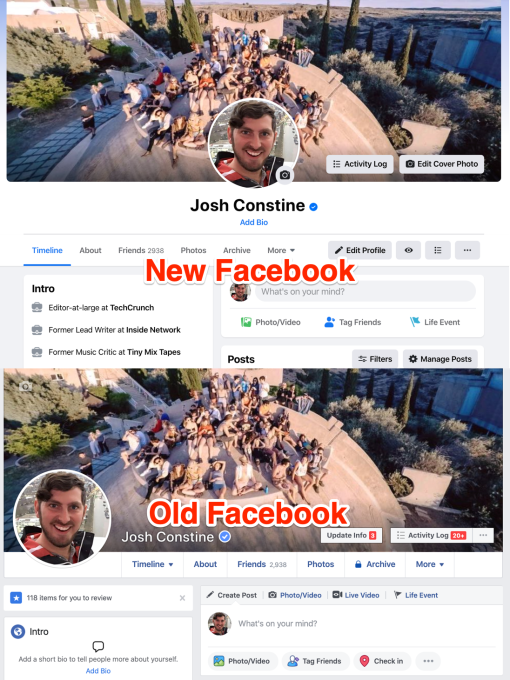 Facebook is in the challenging position of actually still being popular 16 years after its launch. That means the desktop site has built up a ton of cruft as the company ships features that appeal to only subsets of its users. While on mobile, most of that extra stuff is shoved in a navigation drawer; on desktop, it’s all laid out and can overwhelm our senses. While most Facebooking happens on mobile now, keeping happy the hardcore desktop users who create tons of content for the social network is critical to its longevity and its ad views.