Facebook launches COVID-19 data maps for the US, will take its symptom tracking efforts global – TechCrunch 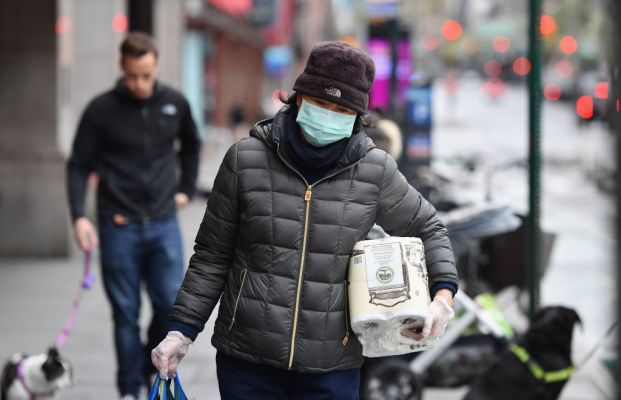 Many, many symptom trackers have launched during the coronavirus pandemic, but few have the potential to reach even a bucketful of Facebook’s vast ocean of users.

Facebook launched a symptom tracking partnership with Carnegie Mellon University’s Delphi epidemiological research center early this month, and now the company plans to expand the project outside of the U.S. In early April, Facebook began prompting some users in the U.S. with a CMU survey asking them to self-report COVID-19 symptoms. The effort is designed to help governments and health officials predict where the virus could hit next.

Facebook will work with researchers from the University of Maryland on the expansion as the team at CMU’s Delphi develops an API that would allow any researcher to tap into the data set.

Facebook is also collecting survey data onto its own symptom map, which visualizes the percentage of the population with COVID-19 symptoms by county and hospital referral region. The map also displays flu activity distinct from reported COVID-19 symptoms. With testing capacity still limited in many places, this kind of survey effort seeks to provide a more anticipatory picture of the virus and where it might be spreading next.

“The real-time estimates we’ve derived correlate with the best available data on COVID-19 activity, which gives us confidence that we may soon be able to give health care officials forecasts of disease activity that is likely to occur in their localities several weeks into the future,” Ryan Tibshirani, co-lead on Carnegie Mellon University’s Delphi COVID-19 Response Team, said in a statement.

The opt-in CMU survey asks Facebook users if they were experiencing coughing, fever, shortness of breath or loss of smell — symptoms that can show up in COVID-19 patients in more mild forms and that likely would be present prior to an individual seeking treatment and thus being tracked by healthcare systems.

CMU published its initial findings on Monday, which show the data collected on Facebook correlates with existing COVID-19 public health data. The research team is introducing a tool called COVIDcast, which collects aggregated data about COVID-19 activity, sorted by geographic area. Google has also joined CMU’s research effort and later this week the COVIDcast will integrate data from both Facebook and Google survey responses. So far, the project has collected nearly one million responses each week on Facebook and 600,000 through Google’s Opinion Rewards and AdMob apps.

In an op-ed in The Washington Post, Mark Zuckerberg touted his company’s efforts.

“Getting accurate county-by-county data from across the United States is challenging, and obtaining such focused data from across the whole world is even harder,” Zuckerberg wrote, adding that Facebook is “uniquely” suited to aid research efforts that require surveying large subsets of the population.

After a long season of criticism, social media companies are striving for relevance in the fight against the virus. Facebook, particularly dogged by negative press and privacy scandals in recent years, was early to add UI elements promoting COVID-19 information from health experts on its platform. Still, Facebook and other social networks remain plagued by coronavirus misinformation, scammers and conspiracies, which spread quickly and have proven difficult for companies to stamp out.

Last week, a handful of U.S. anti-government protests organized on Facebook and promoted by President Trump defied the advice of state governments and public health officials, calling users to gather in public — an act of defiance that could potentially spread the virus to new communities in spite of the best efforts by state governments to protect their residents.