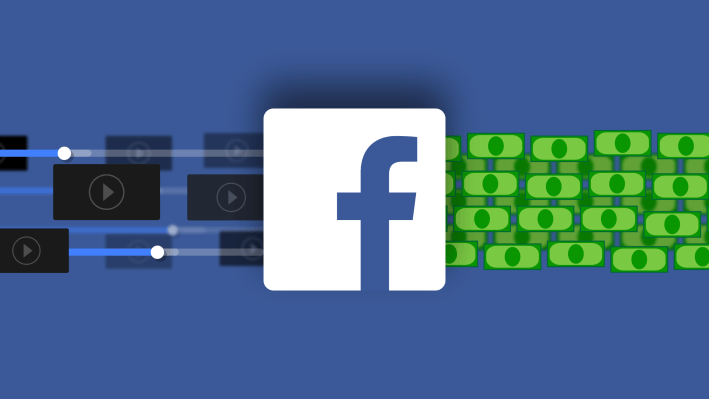 Apple’s upcoming operating system iOS 14 (currently in public beta) could have a big impact on publishers who work with Facebook’s ad network — at least, according to Facebook.

The company published a couple of blog posts yesterday outlining the potential impact of a major privacy change that Apple announced at WWDC — namely, the fact that Apple will explicitly ask users whether they want to opt-in before sharing the IDFA identifier with app developers, who can then use it to target ads.

In response, Facebook said it will not be collecting this data on its own apps, but it suggested that the bigger impact will be on the Facebook Audience Network, which uses Facebook data to target ads on other publishers’ websites and apps.

In fact, the company said that in testing, it found that without targeting and personalization, mobile app install campaigns brought in 50% less revenue for publishers, and it warned, “The impact to Audience Network on iOS 14 may be much more.”

To get a sense of how serious this might be, I reached out to a number of companies and investors in the adtech world. Ron Thomas, general manager for analytics at App Annie (which is moving into ad analytics), described this as “an acknowledgement from a top publisher that IDFA is truly gone and attribution in this post IDFA world is changing.”

“The possibility of losing Facebook Audience Network as a major source of revenue can potentially devastate the smaller publisher and developer communities on a global scale, which in turn would impact users worldwide that value and utilize apps as they navigate through their daily lives,” Quinn told me via email. “The ability to deliver relevant ads to users – and prove their effectiveness through attribution – is integral for publishers and developers to build sustainable businesses around their apps and deliver quality content that users love.”

He went on to suggest that “it’s possible to give users control over their data and still provide developers transparency through privacy-centric attribution solutions.”

Others have been more skeptical about the way Facebook is framing the news. For example, famed gadget reviewer Walt Mossberg suggested that we’ll be seeing more “griping about this from Facebook and other leaders of the toxic ad tech privacy theft industry,” but he argued that rather than hurting publishers, all the change in iOS does is “give consumers clear choices.”

Similarly, Jason Kint of Digital Content Next (a trade body representing publishers like The New York Times and Condé Nast) scoffed that Facebook is “pretending to be the messenger of what’s good for publishers,” and he suggested that the company is using Audience Network publishers to deflect from its broader data collection practices.

“A majority of Facebook’s data collection happens across other company’s services and feeds the mothership,” Kint tweeted. (At the same time, Kint and his organization have other concerns about Apple’s control over the ecosystem.)

This isn’t the first time in recent weeks that Facebook has criticized Apple. Earlier this month, the company announced support for paid online events but complained that Apple wasn’t waiving its customary 30% fee. In both cases, Facebook’s language has been mild — but in the platitude-filled world of corporate PR, it still feels remarkable for the company to be challenging Apple so openly.

In a statement emailed to reporters, James Currier of venture capital firm NFX suggested that this conflict is a sign that history is repeating itself:

In 2009 at the beginning of the Facebook platform, you could build an app on Facebook, go viral and gain millions of followers. But Facebook slowly shut down all the viral channels and put an ad server in the way, meaning app creators had to pay to get traffic. Facebook extracted what money they could from the app developers. Similarly, at the beginning of the iOS platform, Facebook could be an app on iOS and get millions of users. Now Apple is going to slowly shut off the oxygen in order to take the value for themselves. This is the law of the jungle and the network effect makes it pretty clear who has the power: iOS.

Beyond Facebook, Apple and the publishers in the Audience Network, Eric Franchi of marketing- and media-focused VC MathCapital suggested that the changing landscape around privacy and ad tracking is creating new opportunities for startups (including his own portfolio companies zeotap and ID5).

“Facebook’s commentary underscores a) how dependent the marketing ecosystem is on a couple of operating systems and platforms and b) the importance of user identification in making digital marketing work,” Franchi wrote. “We think there is opportunity here for new forms of consent-driven identity solutions to step up.”