Facebook is shook, asks for removal of FTC Chair Khan from antitrust cases against it – TechCrunch 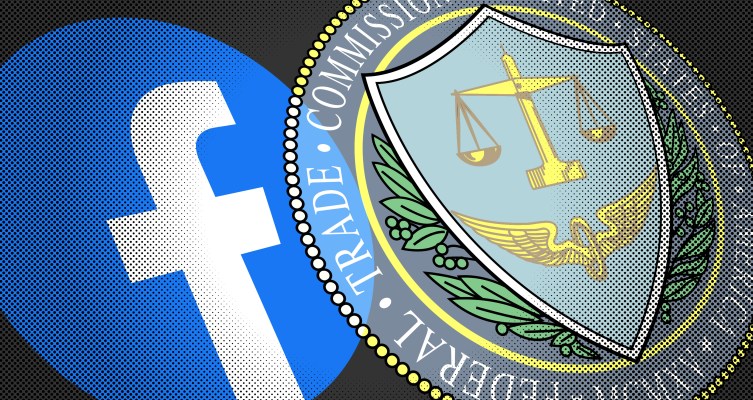 Facebook has joined Amazon in a show of alarm at the sudden rise of antitrust hawk Lina Khan to the position of FTC Chair by asking that she be recused from all decisions relating to the company. The argument, more or less identical to Amazon’s, is that before her appointment, Khan was too outspoken about her professional opinion that companies like these are in violation of antitrust rules.

In a letter filed with the FTC and obtained by the WSJ, which the agency could not provide and declined to comment on, Facebook explained that Khan’s last few years of academic publications and articles in other media amount to cause for recusal from decisions about the company. (I have asked Facebook for a copy of the petition and will update this post if I receive it.)

“Chair Khan has consistently made public statements not only accusing Facebook of conduct that merits disapproval but specifically expressing her belief that the conduct meets the elements of an antitrust offense. When a new commissioner has already drawn factual and legal conclusions and deemed the target a lawbreaker, due process requires that individual to recuse herself,” reads the petition.

Neither the FTC nor Khan in any other capacity have responded to the recusal requests from Facebook and Amazon. She did note in her nomination proceeding that recusal requests like these do happen, and are resolved on a case-by-case basis (unlike automatic recusals for things like financial or personal interest). Perhaps even now she is meeting with the ethics experts at the agency.

Khan has, however, certainly made her policy positions known in numerous articles and papers, many of which have argued that antitrust regulators have been highly conservative in their interpretation and deployment of their legal powers, and equally permissive in their oversight of the current crop of enormous tech companies. Things like acquiring competitors, artificially lowering prices to pressure a market or misrepresenting the collection and use of customer data have gone either unchallenged or minimally punished.

In particular, she acted as counsel for the House’s Investigation of Competition in Digital Markets, an antitrust report issued last fall. Amazon and Facebook lean on cases from 1966 and 1970 where an FTC Commissioner was recused for “prejudgment” of a case during a congressional investigation in which he participated. It’s a promising hook to hang a case on to be sure, but the circumstances are by no means equivalent. I’m not a lawyer, but it seems to me that no case or even specific allegations have been prejudged, only the general idea that Facebook, Apple, Google and Amazon all either have monopolies or otherwise possess market power. (They didn’t care much when the report was issued.)

The main finding of the House report, in fact, was arguably that there could be no legal case because existing laws and regulations are insufficient. Certainly Khan has shouted this from the rooftops for some years now — but the conclusion is a legislative matter, not an FTC one. It would be mighty difficult for Khan to have prejudged an antitrust case predicated on laws that haven’t yet been written.

Khan’s FTC has suffered an early setback on her watch, though not of her making, in the dismissal of some complaints in the agency’s current antitrust case against Facebook. It was for lack of evidence that the company exerts monopoly control over social media that the judge told the FTC to come back and try again. Perhaps Khan intends to remedy that with a supplemented filing, or perhaps she will take the loss and muster her forces for another go in a year or two — but either way it is probably best to resolve the question of her alleged “prejudgment” before that decision is announced. (The FTC declined to speculate as to whether the recusal request would affect the current proceedings.)

But the agency also has explicit backing from the White House in the form of President Biden’s request that it prioritize “dominant internet platforms, with particular attention to the acquisition of nascent competitors, serial mergers, the accumulation of data, competition by ‘free’ products, and the effect on user privacy.” So Khan probably isn’t feeling the sting of the aforementioned legal challenge.

The petitions filed by Amazon and Facebook have near-zero risk for the companies and an outside chance at provoking a recusal, so it makes sense strategically to file them. They also provide breadcrumbs later for their inevitable objections to the FTC’s (under Khan, equally inevitable) allegations of monopolistic practices. The legal repercussions are hard to predict but it is usually better to have a complaint on the table already rather than bring it out late in the process.

Given Chair Khan’s position that the FTC itself needs to be overhauled and empowered in order to bring actions like this against companies like Facebook, it seems clear that all these are merely the opening gambits in a long, long game.