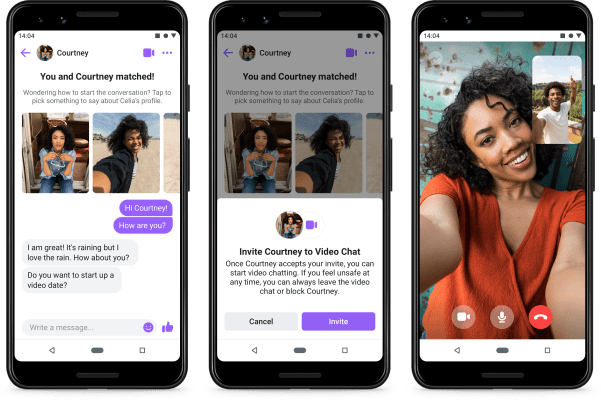 Facebook’s dating bolt-on to its eponymous social networking service has finally launched in Europe, more than nine months after an earlier launch plan was derailed at the last minute over privacy concerns.

Among the dating product’s main features are the ability to share Stories on your profile; a Secret Crush feature that lets you select up to nine of your Facebook friends or Instagram followers who you’d like to date (without them knowing unless they also add you — triggering a match notification); the ability to see people with similar interests if you add your Facebook Events and Groups to your Dating profile; and a video chat feature called Virtual Dates.

Of course if you opt in to Facebook Dating you’re going to be plugging even more of your personal data into Facebook’s people profiling machine. And it was concerns about how the dating product would be processing European users’ information that led to a regulatory intervention by the company’s lead data regulator in the EU, the Irish Data Protection Commission (DPC).

Back in February Facebook agreed to postpone the regional launch of Facebook Dating after the DPC’s agents paid a visit to its Dublin office — saying Facebook had not provided it with enough advanced warning of the product launch, nor adequate documentation about how it would work.

More than nine months later the regulator seems satisfied it now understands how Facebook Dating is processing people’s personal data — although it also says it will be monitoring the EU launch.

Additionally, the DPC says Facebook has made some changes to the product in light of concerns it raised (full details below).

Deputy commissioner, Graham Doyle, told TechCrunch: “As you will recall, the DPC became aware of Facebook’s plans to launch Facebook Dating a number of days prior to its planned launch in February of this year. Further to the action taken by the DPC at the time (which included an on-site inspection and a number of queries and concerns being put to Facebook), Facebook has provided detailed clarifications on the processing of personal data in the context of the Dating feature. Facebook has also provided details of changes that they have made to the product to take account of the issues raised by the DPC. We will continue to monitor the product as it launches across the EU this week.”

“Much earlier engagement on such projects is imperative going forward,” he added.

Since the launch of Facebook’s dating product in 20 countries around the world — including the US and a number of markets in Asia and LatAm — the company says more than 1.5 billion matches have been “created”.

In a press release about the European launch, Facebook writes that it has “built Dating with safety, security and privacy at the forefront”, adding: “We worked with experts in these areas to provide easy access to safety tips and build protections into Facebook Dating, including the ability to report and block anyone, as well as stopping people from sending photos, links, payments or videos in messages.”

It also links to an update about Facebook Dating’s privacy which emphasizes the product is an “opt-in experience”. This document includes a section explaining how use of the product impacts Facebook’s data collection and the ads users see across its suite of products.

One key privacy-related change flowing from the DPC intervention looks to be that Facebook has committed to excluding the use of Dating users’ religious and sexual orientation information for ad targeting purposes.

Under EU law this type of personal information is classed as ‘special category’ data — and consent to process it requires a higher bar of explicit consent from the user. (And Facebook probably didn’t want to harsh Dating users’ vibe with pop-ups asking them to agree to ads targeting them for being gay or Christian, for example.)

Asked about the product changes, the DPC confirmed a number of changes related to special category data, along with some additional clarifications.