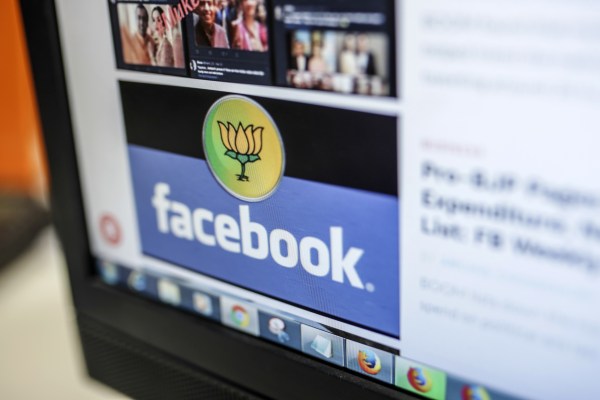 Facebook has banned a politician from India’s ruling party, Bharatiya Janata Party, for violating its policies against hate speech on its platform, the company said today, weeks after inaction on the politician’s posts landed the social giant in hot water in its biggest market by users.

The company said it had removed profiles of T. Raja Singh, who had posted about Rohingya Muslim immigrants to be shot among other anti-Muslim sentiments. Singh will no longer be allowed to create profiles across Facebook services and pages, groups, and accounts set up to represent him will be removed, too.

Singh, termed as a “dangerous individual” by Facebook, has a history of voicing problematic and hateful views on social platforms and in public appearances. Several of those posts, for which Facebook has banned him, remain online on Twitter and YouTube.

Today’s move comes weeks after the Wall Street Journal reported that a top Facebook executive in India had chosen to not take any actions on Singh’s posts because she was afraid it could hurt the company’s business prospects in the country.

A person familiar with the matter and local media reports claim that Facebook had removed some of Singh’s posts in the past. The Wall Street Journal also reported that the aforementioned Facebook executive — Ankhi Das — also showed support to BJP’s Narendra Modi before he was elected as Prime Minister in 2014 and disparaged the opposition party, Indian National Congress.

In a statement today, a Facebook spokesperson said, “the process for evaluating potential violators is extensive and it is what led us to our decision to remove his account.”

In the last few weeks, Facebook has received some of the harshest criticism to date in India, where it reaches more than 400 million users. Politicians from both sides — the opposition and ruling party — have accused the company of having political biases.

In a letter to Facebook chief executive Mark Zuckerberg, India’s IT Minister Ravi Shankar Prasad earlier this month expressed concerns about the alleged political leanings of the company’s staff and accused them of suppressing pages that support right-wing views.