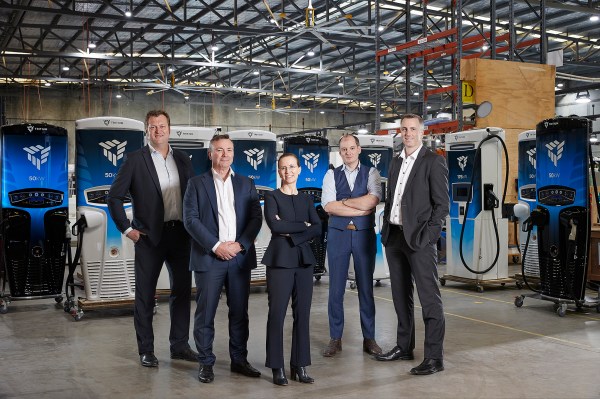 Another day, another mobility SPAC deal. This time, it’s Tritium, a Brisbane-based developer and producer of direct current fast EV chargers that is taking the SPAC path to the public market in a deal valuing the company at $1.2 billion.

Tritium said Wednesday it will be heading to the Nasdaq via a merger with special purpose acquisition company Decarbonization Plus Acquisition Corp. II, or DCRN, though it declined to provide a timeline for when the transaction is expected to close. The transaction is expected to generate gross proceeds of up to $403 million. Tritium will be listed under the ticker “DCFC.”

This particular SPAC deal is unusual in that it does not include private investment in public equity, or PIPE — a fundraising round that typically occurs at the time of the merger and injects more capital into the company.

“We didn’t need a PIPE because DCRN is a more than $400 million SPAC and our shareholder group agreed to a minimum cash closing of just $200 million, which significantly reduces redemption risk,” Tritium CEO Jane Hunter told TechCrunch. “Also, our revenue has grown at a compound annual growth rate (CAGR) of 56% since 2016 as we expand our presence in major markets where we have a significant market share, such as the U.S. and Europe. This revenue growth helps to reduce our reliance upon new funds to implement our growth strategy.”

Founded in 2001, Tritium manufactures charger hardware and software for direct current fast chargers. Its products can recharge an EV battery, adding 20 miles in a minute or 100 miles in five minutes, DPAC II chairman Robert Tichio said during an investors call Wednesday. DC chargers are more costly than alternating current (AC) chargers but they send power to the vehicle much more quickly. Generally, AC chargers are installed at home, where a driver can plug in their vehicle overnight, while DC chargers are more frequently found at public charging stations.

“Drivers will want the experience of public charging to be as close as possible to their current experience at the gas pump — just a few minutes to get enough range to get on with your day,” Hunter said.

Tritium’s largest market is Europe, which composes around 70% of the company’s revenue, followed by North America at 20% and Asia at 10%, Hunter told investors Wednesday. The company will use the capital from the transaction to expand its manufacturing capacity and grow sales.

Demand for public EV charging stations is expected to mushroom over the next two decades alongside the growing market share of EVs. According to analysts Grandview Research, the EV charging infrastructure market was valued at $2 billion in 2020. It is expected to grow by nearly 39% through 2028. President Joe Biden said building out a national EV charging network was a key priority under his proposed $2 trillion infrastructure plan.