EV charging solutions will become an asset, not a liability, to the grid – TechCrunch 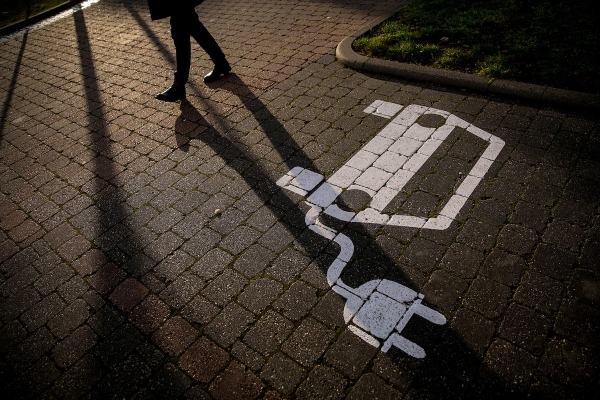 Oren Ezer is CEO and co-founder of ElectReon, a shared energy platform that provides wireless charging for electric vehicles.

President Joe Biden’s plan for electric vehicles (EVs) to comprise roughly half of U.S. sales by 2030 is a clear indication that the U.S. is making strides in decarbonizing its transportation systems, which currently account for nearly half of total U.S. emissions.

Though this kind of federal support is critical in accelerating the mass adoption of EVs, we must face the impending need to rehabilitate the ailing U.S. electric infrastructure that millions currently rely on, namely the capabilities of the power grid.

As society converts to an all-electric future and demand rises for EVs, a challenge our modern world will face is how to charge the increasing number of vehicles without overstressing the grid past its capacity. While some predict EVs will overload the power grid, others have found methods that support our energy infrastructure, including solutions such as wireless charging, vehicle-to-grid (V2G) integration or more efficient methods of utilizing renewable energy sources, to name a few.

Amid warranted concerns about the unstable grid, there is an urgent need to find solutions that can reinforce this critical infrastructure to avoid pushing the grid to its limits.

The current challenges facing the grid

According to the recent IPCC climate change report, extreme heat waves that previously only struck once every 50 years are now expected to happen once per decade or more frequently due to global warming and anthropogenic emissions. While this has already been seen in this past year through record-breaking heat waves and extreme fires in the Pacific Northwest, utilities, operators and industry experts continue to express concern about whether current energy systems will be able to withstand increasing temperatures from climate change.

And it’s not just heat: In February, a cold snap in Texas crippled energy infrastructure and left millions without power. These numbers will only continue to increase as temperatures rise and the grid overworks itself to meet electricity needs.

In addition to fluctuating temperatures impacting the grid, many are also concerned about its ability to support the increasing number of EVs expected to hit the market in the coming years. With reports indicating that transportation electrification will likely require a doubling of U.S. generation capacity by 2050, there is a need for flexible EV charging options that can increase flexibility and load times during peak charging hours. However, as it currently stands, the U.S. power grid is only capable of supporting 24 million EVs until 2028 一 well under the required number of EVs needed to successfully curb road transport emissions.

Despite these challenges, one thing that industry experts have pointed out is that EVs have the potential to play a massive role in managing demand as well as aid in stabilizing the grid when necessary. However, as EVs are more widely adopted across the U.S., utilities need to ask themselves critical questions such as when people will likely charge their vehicles, how many users are charging their vehicles and when, what types of chargers are in use, and what types of vehicles are charging (such as passenger vehicles or medium- to heavy-duty fleets) to determine the additional demand for electricity and how they must upgrade their grids.

EV charging solutions will become an asset, not a liability

With long lead times for grid infrastructure upgrades paired with an increasing number of individuals and companies looking to electrify their vehicles, municipalities across the U.S. are desperately searching for methods to implement the necessary charging infrastructure to stay ahead of the rising EV tide while simultaneously ensuring the grid’s stability. However, a recent analysis by the ICCT estimates that with the current number of U.S. EV chargers at 216,000, the country will need 2.4 million public and workplace chargers by 2030 if it wants to meet its goals.

On one hand, some argue wireless electric vehicle charging will pose an additional strain on existing grid infrastructure by increasing demand variability due to fragmented charging duration caused by charging lane layouts and traffic. On the other hand, many argue that wireless charging actually decreases the demand on the power grid due to the fact that energy demand is spread over time and space throughout the day, rather than being confined to stationary chargers’ charging period between 2 p.m. and 7 p.m., which enables a reduction in required grid connections and upgrades.

Additionally, wireless charging can be deployed in locations where conductive (plug-in) charging solutions cannot — such as roads, directly under commercial facility loading docks, at exit and entry points to facilities, under taxi queues, at bus stations and terminals, etc., which means that wireless technology can charge EVs at regular intervals throughout the day with “top-up” charging.

These benefits indicate that cities and utilities alike can capitalize on efficient energy utilization strategies such as wireless charging to spread energy demand over time and space — adding additional flexibility and protection to the grid. While this method can and should be applied to passenger EVs, using it to power medium- to heavy-duty fleet vehicles will allow for a much faster transition to electric in these challenging-to-electrify fleet segments.

Can wireless charging assist the grid in supporting widespread adoption of EVs?

While passenger EVs pose challenges of their own to the grid, large-scale fleet charging will be a monumental task if utilities don’t get ahead of the transition. Wireless charging offers a cost-effective solution to operators looking to transition to meet carbon reduction goals, with projected numbers of electric commercial and passenger fleets making up 10%-15% of all fleet vehicles by 2030. Let’s take a closer look at an example comparison between plugging in large vehicles versus wireless charging and the impact both have on the grid:

Wireless electric roads accompanied by solar panel fences adjacent to the road may be the ultimate solution for decentralizing power generation and eliminating stress on the grid. According to industry calculations, approximately 0.6 miles of this electric fence solution could provide between 1.3-3.3 MW of power. This combination of solar generation coupled with wireless charging infrastructure embedded into the road can support anywhere between 1,300 to 3,300 buses per day independent of power grid supply (assuming an average speed of 50 mph and accounting for seasonal variations in solar radiation).

Furthermore, because wireless electric roads are a shared platform for all EVs, this same road would also charge trucks, vans and passenger vehicles without placing additional pressures on the grid.

Although wireless charging is still relatively new to the market, the benefits are beginning to become glaringly self-evident. Amid increasing concerns about outdated grid infrastructure in the face of widespread transport electrification efforts, rising temperatures and extreme weather conditions, innovative charging methods can provide an optimal solution.

From distributing EV charging throughout the day to avoid overloads to being able to support the energy capacity needs of both passenger vehicles and large fleets simultaneously, technologies such as wireless charging will become critical resources in adapting to an all-electric decarbonized future.