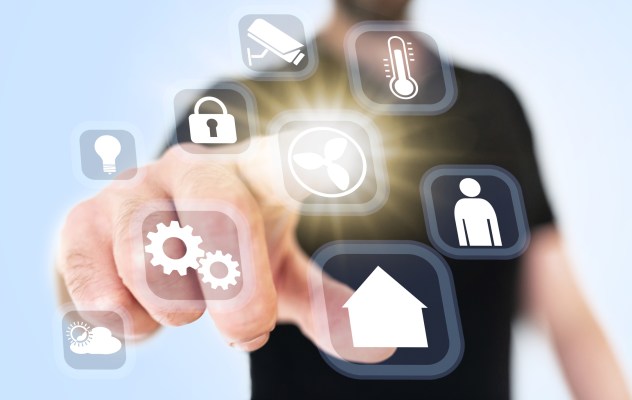 The potential for the Internet of Things to lead to distortion in market competition is troubling European Union lawmakers who have today kicked off a sectoral inquiry.

They’re aiming to gather data from hundreds of companies operating in the smart home and connected device space — via some 400 questionnaires, sent to companies big and small across Europe, Asia and the US — using the intel gleaned to feed a public consultation slated for early next year when the Commission will also publish a preliminary report.

In a statement on the launch of the sectoral inquiry today, the European Union’s competition commissioner, Margrethe Vestager, said the risks to competition and open markets linked to the data collection capabilities of connected devices and voice assistants are clear. The aim of the exercise is therefore to get ahead of any data-fuelled competition risks in the space before they lead to irreversible market distortion.

“One of the key issues here is data. Voice assistants and smart devices can collect a vast amount of data about our habits. And there’s a risk that big companies could misuse the data collected through such devices, to cement their position in the market against the challenges of competition. They might even use their knowledge of how we access other services to enter the market for those services and take it over,” said Vestager.

“We have seen this type of conduct before. This is not new. So we know there’s a risk that some of these players could become gatekeepers of the Internet of Things, with the power to make or break other companies. And these gatekeepers might use that power to harm competition, to the detriment of consumers.”

The Commission recently opened up a consultation on whether regulators needs new powers to address competition risks in digital markets, including being able to intervene when they suspect digital market tipping.

It is also asking for views on how to shape regulations around platform governance.

The IoT sectorial enquiry adds another plank to its approach towards reformulating digital regulation in the data age. (Notably competition chief Vestager is simultaneously the Commission EVP in charge of pan-EU digital strategy.)

On the IoT front, risks Vestager said she’s concerned about include what she couched as familiar antitrust behaviour such as “self-preferencing” — i.e. a company directing users towards its own products or services — as well as companies inking exclusive deals to send users “preferred” provider, thereby locking out more open competition.

“Whether that’s for a new set of batteries for your remote control or for your evening takeaway. In either case, the result can be less choice for users, less opportunity for others to compete, and less innovation,” she suggested.

“The trouble is that competition in digital markets can be fragile,” Vestager added. “When big companies abuse their power, they can very quickly push markets beyond the tipping point, where competition turns to monopoly. We’ve seen that happen before.  If we don’t act in good time, there’s a serious risk that it will happen again, with the Internet of Things.”

The commissioner’s remarks suggest EU lawmakers could be considering regulations that aim to enforce interoperability between smart devices and platforms — although Vestager also said they will be asking about any barriers to achieving such cross-working.

“For us to get the most out of the Internet of Things, our smart devices need to communicate. So if the devices from different companies don’t work together, then consumers may be locked in to just one provider.  And be limited to what that provider has to offer,” she said.

Vestager has raised concerns about the potential for voice assistant technology to lead to market concentration and distortion before — saying last year that they present an acute challenge to regulators who she said then were “trying to figure out how access to data will change the marketplace”.

The question of how access to digital data feeds platform monopolies has been a long standing preoccupation for the now second term competition chief. Although the Commission’s work on figuring out how data access changes marketplace function remains something of a work in progress.

Vestager has an open investigation into Amazon’s use of third party data on her plate, for example. It also inked a first set of rules on ecommerce platform fairness last year. More rules may be incoming in a draft proposal for reformulating wider liability rules for platforms that’s slated to land by the end of this year, aka the forthcoming Digital Services Act.

The Commission noted today that a prior sector inquiry — into ecommerce markets — helped shape new rules against “unjustified geoblocking” in the EU, although it has not yet been able to dismantle geoblocking barriers to accessing digital services across the Single Market’s internal borders.

Last year privacy concerns raised in Europe around how tech giants operate voice assistant ‘quality grading’ programs, which involved human contractors listening in to users’ recordings, led to a number of changes — including the previously non-transparent programs being publicly disclosed, and choice/controls being provided to users.