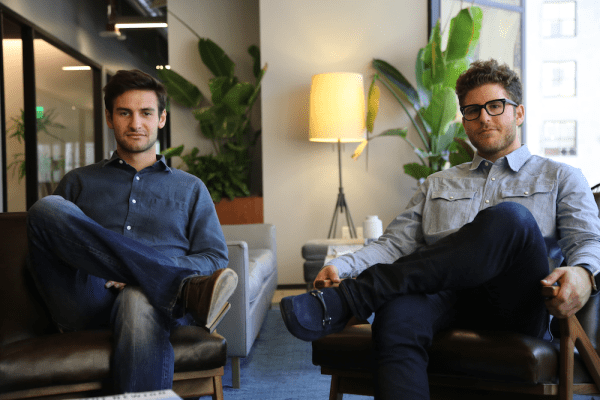 While more businesses are turning to text messages as a marketing channel, Emotive CEO Brain Zatulove argued that most marketers are just treating it as another “newsletter blast.”

“The reason the channel performs so well is it’s not saturated,” Zatulove said. But that’s changing, and as it does, companies will have to do more to “cut through the noise.”

That’s what he said Emotive provides, by enabling text marketing that feels like a real conversation with another human being, rather than just another email blast. He compared it to the sales associate who would greet you when you first walked into a department store, pre-COVID.

Emotive saw 466% year-over-year revenue growth in 2020 and is announcing today that it has raised $50 million in a Series B funding round that values the company at $400 million. It was led by CRV with participation from Mucker Capital, TenOneTen Ventures and Stripes. 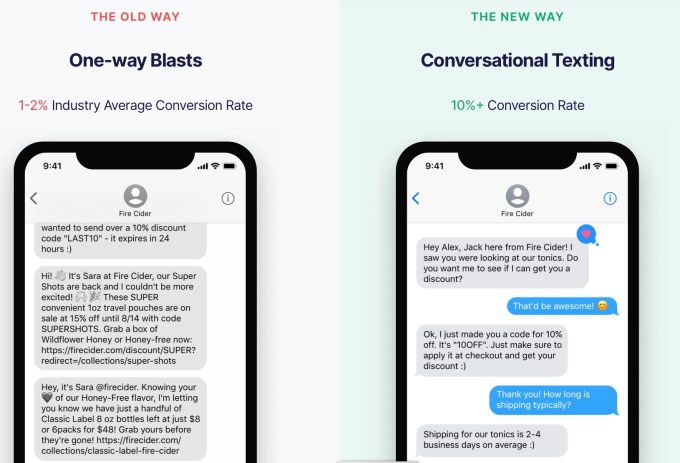 “Never underestimate the importance of building a product that your customers, and your customers’ customers adore,” said CRV general partner Murat Bicer in a statement. “One of the things that struck us about Emotive is the sheer amount of customer love Brian and Zack get from meal delivery services, manufacturing companies and even toddler shoe brands. Small businesses find it easy to set up campaigns and their customers genuinely prefer communicating with someone over text rather than email.”

Zatulove said he founded the company with Zachary Wise after they’d worked together on cannabis loyalty startup Reefer, eventually deciding there was a bigger opportunity here after their early successes with text marketing. He explained that while Emotive works with larger customers, its sweet spot is mid-sized e-commerce businesses on Shopify, Magento, Bigcommerce and Woocommerce.

Since those businesses usually don’t have any salespeople of their own yet, Emotive serves that function. It can start conversations around shopping cart abandonment and promote promote sales and new products, resulting in what the company says are 8% to 10% conversion rates (compared to 1% or 2% for a standard text marketing campaign). Zatuolove said the platform largely relied on human responders at first, and although it’s become increasingly automated over time, Emotive still has an internal team handling responses when necessary.

“We never plan on losing that human touch as part of the dialogue,” he added. “We see ourselves as a human-to-human platform. That’s our biggest differentiator.”

Emotive had previously raised $8.2 million in funding, according to Crunchbase. Zatulove said this new round will allow the company to continue developing the product, to grow its headcount to more than 200 people and to open offices in Atlanta and Boston. Eventually, it could also expand beyond texting.

“Longer term, we see ourselves more as a conversation platform, not just as a text message platform,” he said.