Elon Musk attacked for proposing a “Russia-Ukraine Peace” plan: “F#ck off is my very diplomatic reply to you” 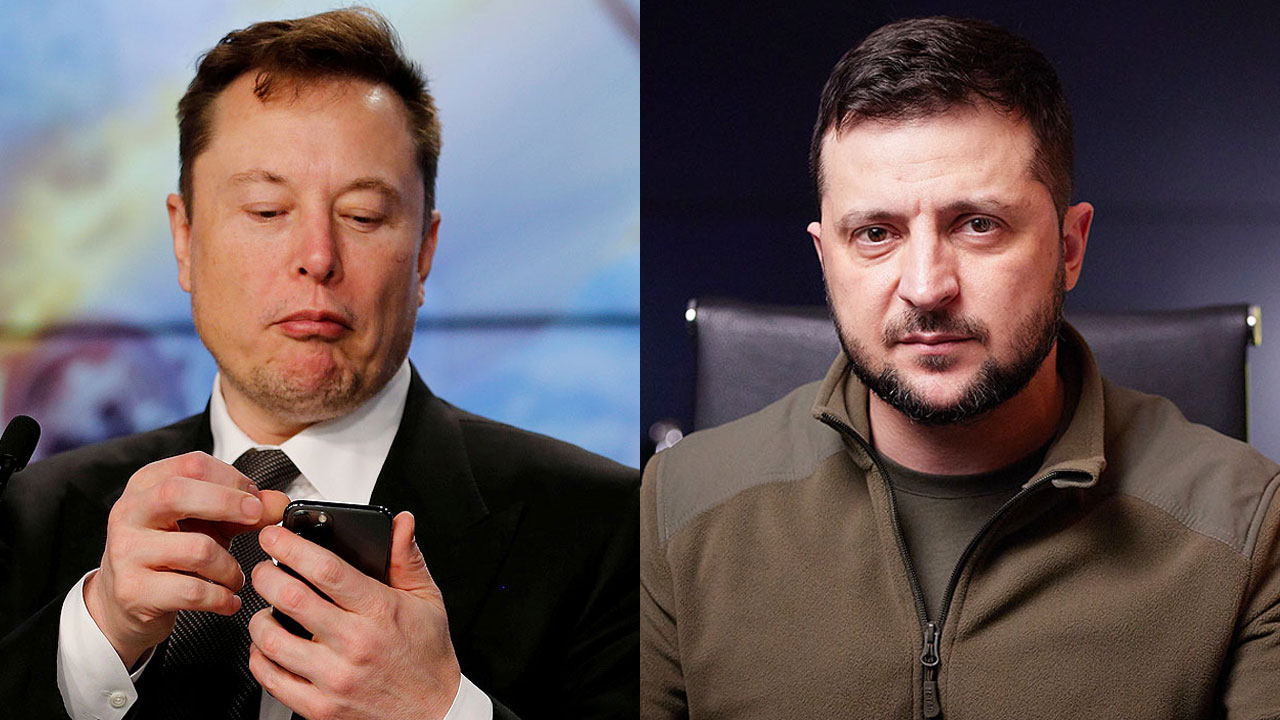 On Monday, Musk posted a tweet that offered the possibility of a peaceful resolution to bring an end to the
ongoing war between Russia and Ukraine to avoid World War III and avert a nuclear war.

In a poll titled, Ukraine-Russia Peace,” Musk asked over 100 million of his Twitter followers
to vote on whether they think it’s a good idea or not, to propose a “redo” elections of the four
annexed regions of eastern Ukraine which voted last week to be part of the Russian Federation. In addition,
Musk also said that the peace deal would also be conditioned on Ukraine remaining neutral and not becoming a
future member of NATO. 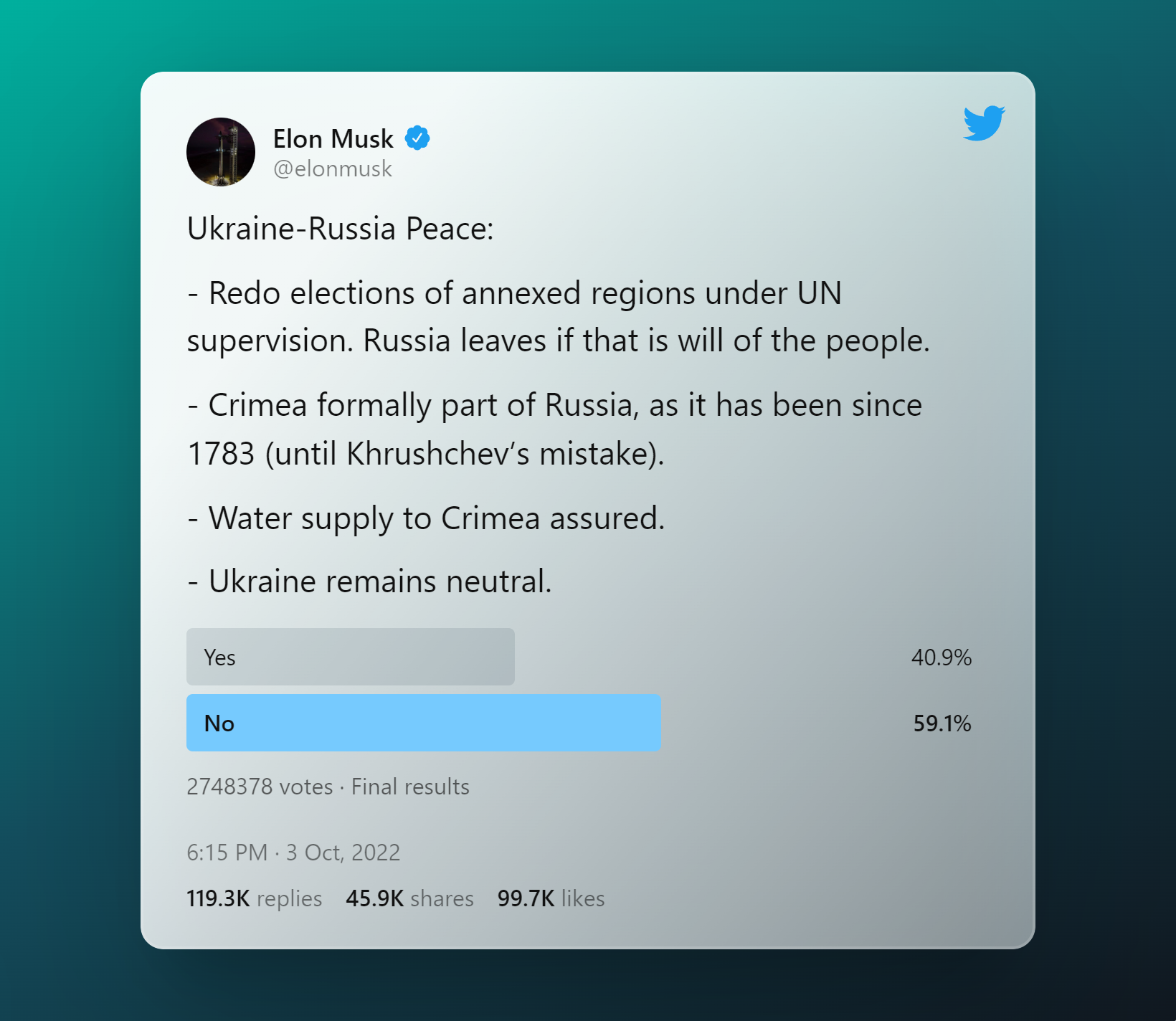 About an hour after the tweet went live, the majority of Musk fans voted Yes in favor of peace. But it didn’t
take long before Musk started to receive angry responses from pundits, politicians, government
officials, Blue-check mark gatekeepers, journalists, bots, pundits, and even bots.

Then a couple of hours after the poll went live, which by then showed almost 40% saying “yes” and just over
60% voting it down, Musk said it is being attacked by bots. 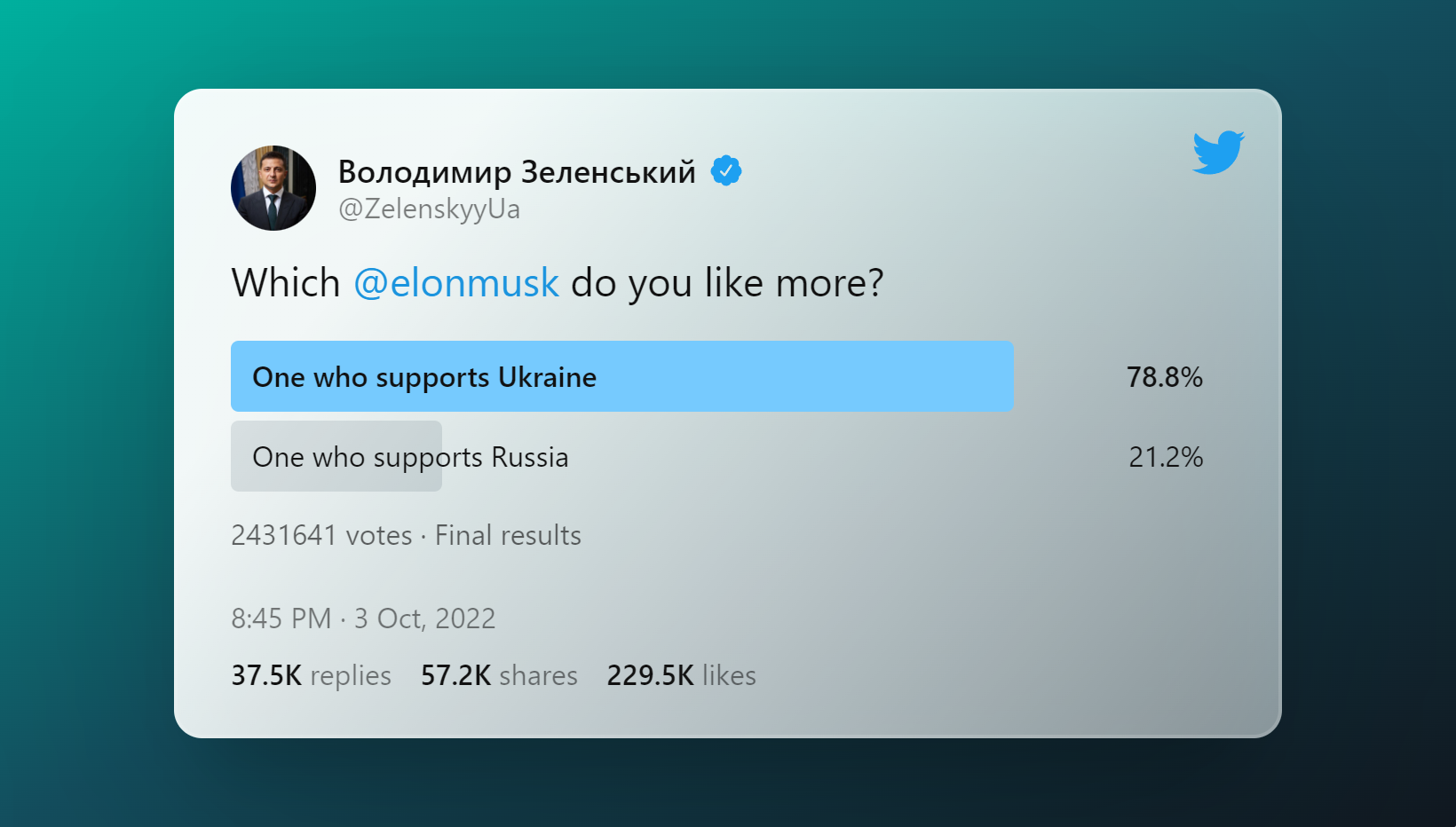 In a poll to his six million followers, Zelensky asked whether they would like Elon better if he “supports
Ukraine” or “supports Russia” – knowing fully well that Musk’s original tweet and poll did not show any
“support” for Russia.

Zelensky is not alone. Ukrainian diplomats among others, such as Kiev’s ambassador to Germany, also
lashed out at Musk… “Fuck off is my very diplomatic reply to you,” Ambassador Andrij Melnyk tweeted in
response to Musk’s poll.

It didn’t stop there as the pile-on continues. Within four hours, Musk received a trove load of hate mail and
responses accusing Musk of somehow being a pro-Kremlin stooge. 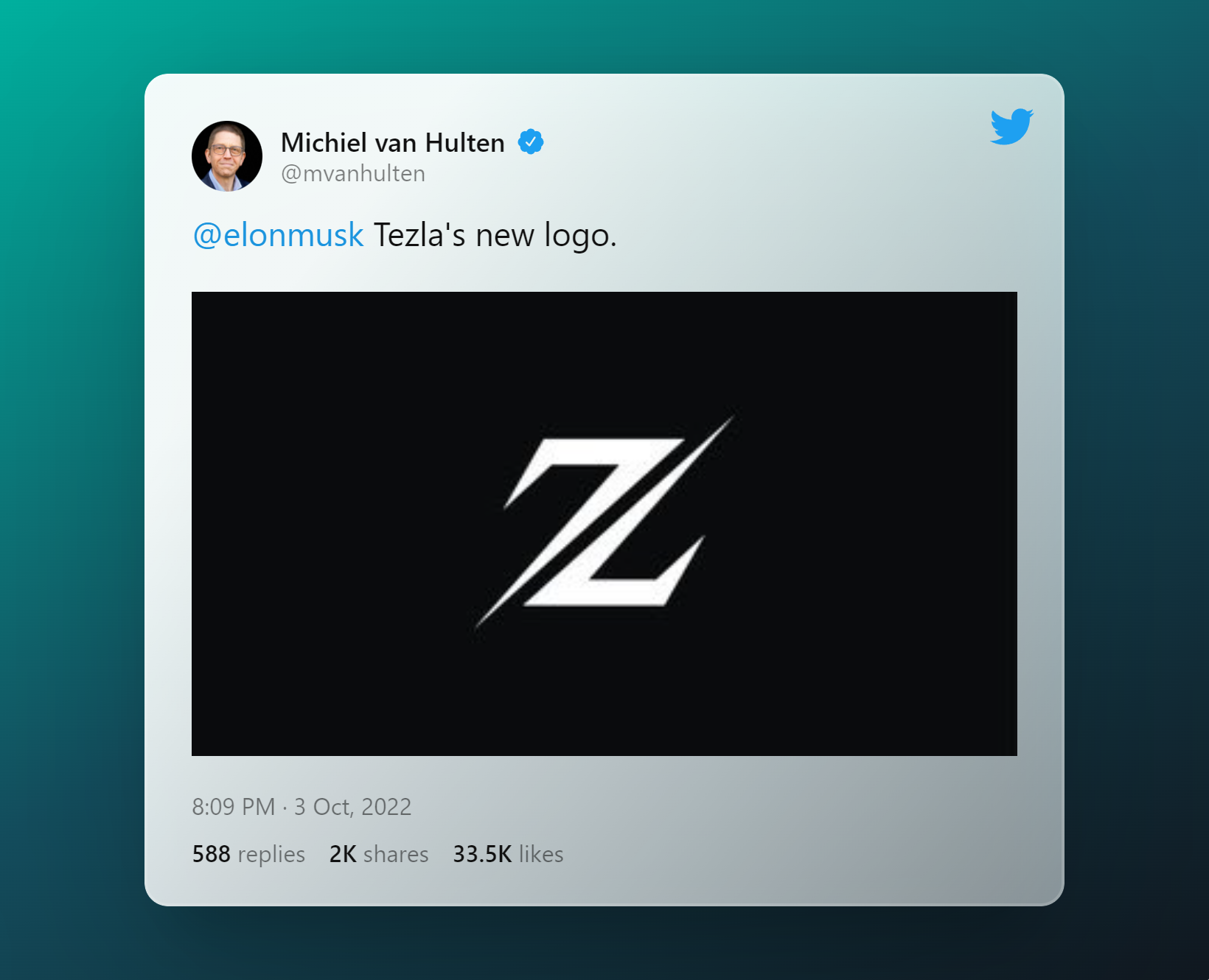 But Musk did not back down. He went on to warn about the potential outcome if a peace deal is not reached. 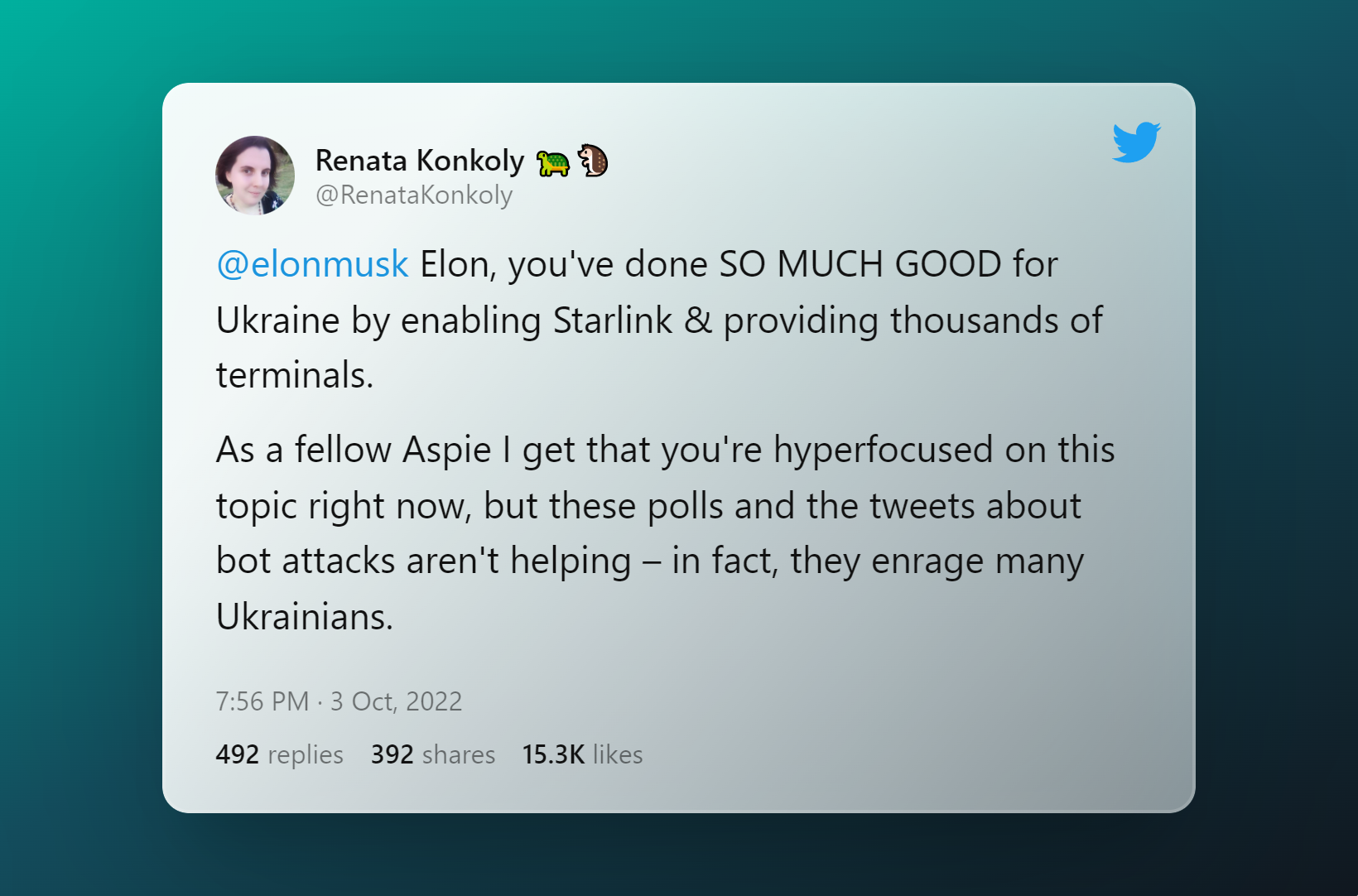 Responding to Renata Konkoly, Musk said:  “You are assuming that I wish to be popular. I don’t
care. I do care that millions of people may die needlessly for an essentially identical outcome.”

“Russia is doing a partial mobilization. They go to full war mobilization if Crimea is in danger. Death
on both sides will be devastating. Russia has >3 times the population of Ukraine, so victory for
Ukraine is unlikely in an all-out war. If you care about the Ukrainian people, seek peace,” Musk added 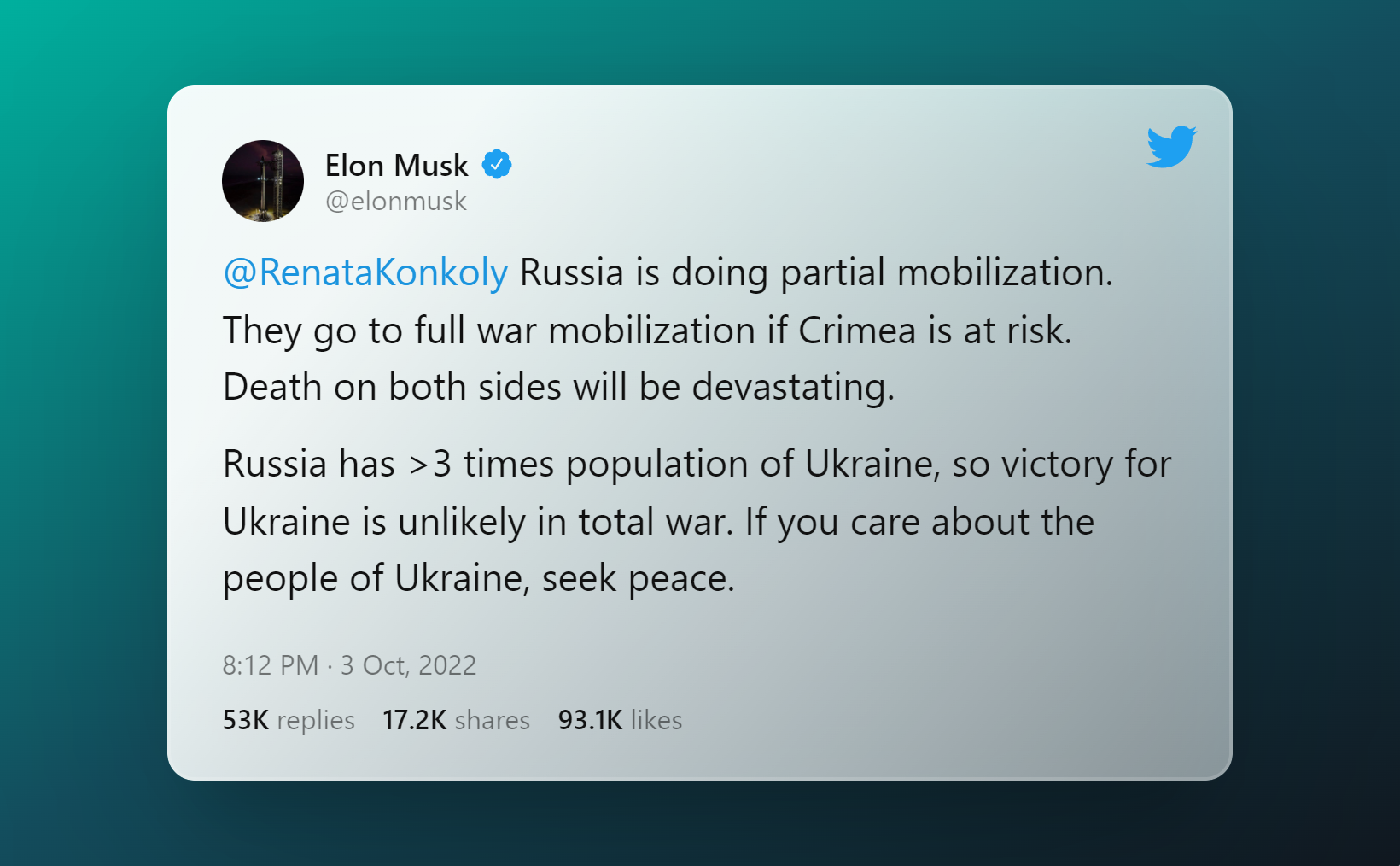 “This idea reminds me of fourth-grade social studies where we made a peace plan between the USSR and the
United States. We thought that if Gorbachev and Reagan were forced to eat an American dinner and a
Russian one, they would become friends .for real,” he tweeted.