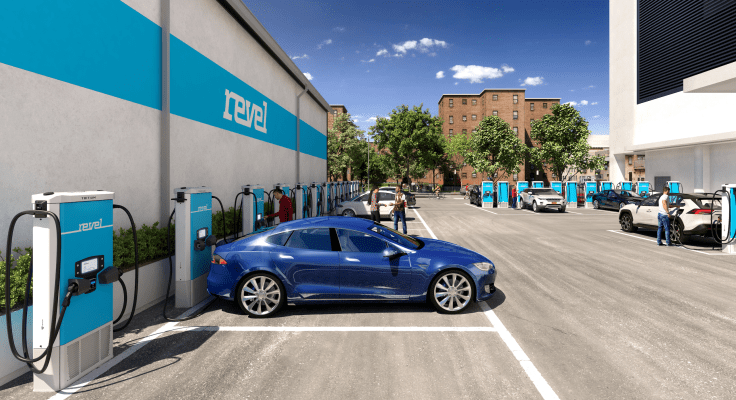 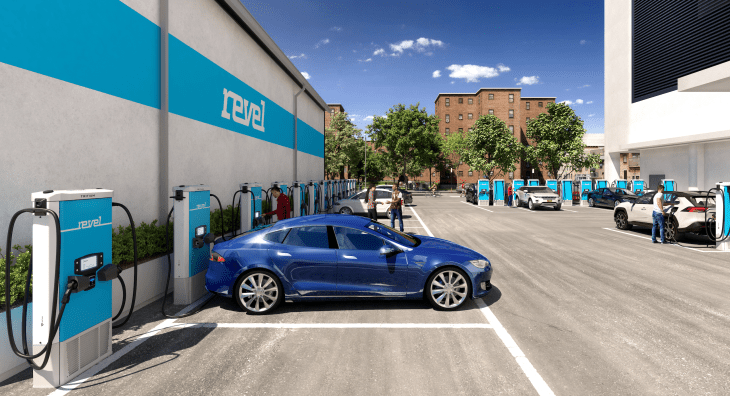 Revel, the shared electric moped startup, is building a DC fast-charging station for electric vehicles in New York City, the first in a new business venture that will eventually spread to other cities.

The company said Wednesday that this new “Superhub,” which is located at the former Pfizer building in Brooklyn, will contain 30 chargers and be open to the public 24 hours a day. This will be the first in a network of Superhubs opened by Revel across New York City, the company said.

Revel didn’t build the EV charging infrastructure in-house. Instead, it is using Tritium’s new RTM75 model for the first 10 chargers at its Brooklyn site, which will go live this spring. These chargers are designed to deliver 100 additional miles of charge to an electric vehicle in about 20 minutes, according to Revel.

The EV charging business has been couched by Revel as a mission to electrify cities. The move comes as a growing number of automakers, including legacy companies like GM, Ford and VW Group, along with new entrant Rivian and EV leader Tesla, add more electric vehicles to their portfolios.

Revel’s expansion into charging marks its first new product line since launching a shared fleet of electric mopeds in 2018. Revel, founded by Frank Reig and Paul Suhey, started with a pilot program in Brooklyn and later expanded to Queens, the Bronx and sections of Manhattan. It has been on a fast-paced growth track thanks to the $27.6 million in capital raised in October 2019 in a Series A round led by Ibex Investors. The equity round included newcomer Toyota AI Ventures and further investments from Blue Collective, Launch Capital and Maniv Mobility.

Several thousand mopeds are available to rent in New York City today. Revel expanded its shared moped business to other cities such as Austin, Miami and Washington, D.C in its first 18 months of operation. Last year, the company launched in Oakland and received a permit in July 2020 to operate in San Francisco.

Shared mopeds haven’t been successful everywhere. Revel pulled out of Austin in December. Reig said at the time that the COVID-19 pandemic, which has caused ridership to fall across shared micromobility services, along with the city’s deep-rooted car culture, was proven difficult to penetrate.