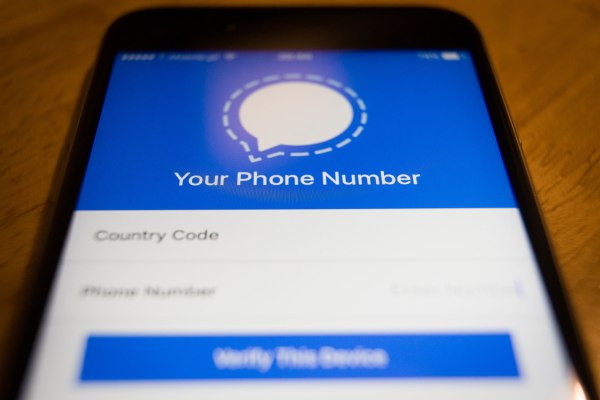 Privacy concerns that have been driving app users to alternative chat apps like Signal and Telegram in recent weeks, since Facebook-owned WhatsApp announced a T&Cs change, appear to also be generating some uplift for end-to-end encrypted email providers.

Two Europe-based Protonmail and Tutanota have reported an uptick in sign ups in recent weeks.

“We are thrilled to see so many new users coming in. We already said in 2017 that the privacy-era has started, and we have been proven right ever since. People around the world are increasingly understanding that privacy matters and are no longer okay with fuelling the surveillance capitalism and the exploitation of their data by big tech such as Facebook. That’s why alternatives like Signal and Tutanota are constantly growing,” said Tutanota co-founder Matthias Pfau in a statement.

The fully e2e encrypted chat app Signal hasn’t disclosed how many new users it’s racked up in recent weeks but WhatsApp co-founder Brian Acton — who joined forces with Signal after he left Facebook in 2018 — told us earlier this week that usage has “exploded”.

Anecdotal reports of newbies to the app — whose tagline is “say ‘hello’ to privacy” — abound.

In my case, among the UK contacts joining what had previously been a tight clique of privacy nerds, I can report a couple of ex London neighbours, an old university acquaintance, an antique Tinder date, my former landlord and two three ex colleagues — while my India-based TC colleague, Manish Singh, showed me three full screenshots of sign-ups his Signal app had alerted him to in just “the last few days”.

The platform offers end-to-end encryption as an option for one-to-one chats (via its ‘Secret Chats’ feature), although unlike Signal e2e encryption is not the default rule. Nonetheless its founder, Pavel Durov, has been a very vocal critic of how Facebook treats users and their data. And that reputation baiting looks to be paying off.

“I hear Facebook has an entire department devoted to figuring out why Telegram is so popular,” Durov wrote in his Telegram Channel on January 8, seeking to capitalize on concerns about the looming WhatsApp’s T&Cs change. “Imagine dozens of employees working on just that full-time.

“I am happy to save Facebook tens of millions of dollars and give away our secret for free: respect your users,” he added.

“These new users came from across the globe — 38% from Asia, 27% from Europe, 21% from Latin America and 8% from MENA,” he went on, implying around 6% of the new sign-ups came from North America (where there have also been reports of Trump supporters turning to Telegram as an alternative channel to organize protests as mainstream social networks have closed down accounts and pages linked to threats of violence and insurrection).

“This is a significant increase compared to last year, when 1.5M new users signed up every day,” he also said, adding: “We’ve had surges of downloads before, throughout our 7-year history of protecting user privacy. But this time is different. People no longer want to exchange their privacy for free services. They no longer want to be held hostage by tech monopolies that seem to think they can get away with anything as long as their apps have a critical mass of users.”

Durov has posted another update today — saying sign ups have “only accelerated” (and welcoming a couple more heads of state to the platform).

The privacy-flavored mass migration of users to WhatsApp alternatives has pushed the Facebook-owned company to attempt a public firefight this week — over what it couches as “rumours” about the looming T&Cs changes.

A Facebook spokesperson told us there are no changes to WhatsApp’s data sharing practices anywhere in the world with this update — which they said is about providing clearer, more detailed information to users on how and why the company uses their data, and also provides information about how businesses can use WhatsApp to connect with their customers.

But Facebook’s problem is it’s spent 15+ years torching user trust around privacy. And all those broken promises are coming home to roost as users fly elsewhere — searching for a platform whose business model isn’t predicated on exploiting their attention.

Whatever the specific detail of the latest WhatsApp T&Cs change, there’s no escaping the ugly truth that Facebook is an adtech giant. And it did already screw over WhatsApp users’ privacy — when it U-turned on data-sharing with Facebook just a few short years after it shelled out $19BN to line up all those extra eyeballs for its surveillance business.

That’s why e2e encryption in the hands of Mark Zuckerberg’s advertising empire simply can’t protect users’ privacy in the same way that a not-for-profit app like Signal can. And all those ‘personalized’ Facebook features — be they stickers, filters, lens or whatever — are just a distraction from the underlying truth that Facebook makes money by removing users privacy through an interconnected mesh of apps and tools that are dedicated to tracking Internet users and linking digital activity to eyeballs.

The techie obscurity that cloaked Facebook’s surveillance for years is now steadily being unpicked. And it’s clear that plenty of people don’t at all like what they see.