Discord rolls out threads, side conversations that auto-archive – TechCrunch

After announcing that threads were on the way earlier this year and teasing the feature on Twitter, Discord is now introducing the long-requested way to make conversations in bustling servers more comprehensible.

Starting today, any server with “community” features enabled will be able to transform messages into threaded conversations, across mobile and desktop. Threads are designated by their own subject name, making it easy to compartmentalize an off-topic idea into its own mini-conversation.

Channel members can create a thread by selecting a new hashtag symbol that now appears in the contextual menu when hovering over messages or pressing the plus sign in the chat bar and and choosing “create thread.” The feature will be enabled in all servers automatically by August 17.

“… We wanted to help communities stay engaged while avoiding having to shut down conversation to maintain organization,” the company wrote in a blog post announcing the feature, noting that hopping into a busy new channel can “feel like walking into the middle of three different movies.” Discord introduced replies last year to help the flow of conversations and threads is an expansion of that same idea.

From the flow of a channel, Discord’s new threads open up into a split-view pane instead of taking over the full screen, serving their function as side conversations naturally. Threaded topics will also show up in the list of channels and will open to the full screen if selected from the channel list. 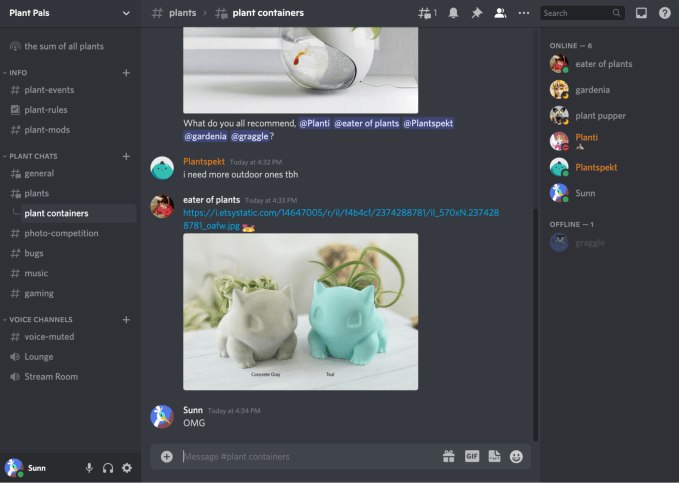 Threads will auto-archive after 24 hours of inactivity — a nice way to keep channels from being clogged up with off-topic or time-sensitive chat. Boosted servers can keep a thread around for a week instead of a single day, giving a channel’s members more time to hop into relevant side conversations.

Servers that are boosted through Discord’s premium features will also be able to create private threads that don’t show up in the channel list. Private threads only appear to users who are manually added into them or mentioned by name within a thread.

Discord designed private threads so that users could hold group conversations without adding each person in the conversation as a friend, a feature that may be a boon to moderators looking to have one-on-one or small group chats more easily.

Moderators will also be able to designate who can create threads within a channel. Channel members can be given permissions to use private threads, manage threads or just be allowed to use public threads (“send messages” must be toggled on to allow them to create new threads). Threads will work the same way regular channels do for moderation bots.