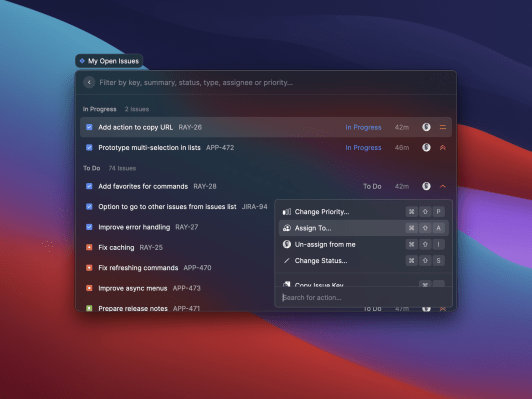 Workplace SaaS tools for teams have seen rocket ship growth in the past several years, and that adoption has given rise to a host of software tools geared toward improving individual productivity. Many of the startups behind these tools see building a cult following among individual users as the best way to set themselves up for later enterprise-wide success.

Raycast is a developer-focused productivity tool that aims to be the quickest way to get common tasks done. Today, it’s launching into public beta and sharing with TechCrunch that the team has raised new funding from Accel months after graduating from Y Combinator.

The company has closed a $2.7 million seed round led by Accel, with participation from YC, Jeff Morris Jr.’s Chapter One fund, as well as angel investors Charlie Cheever, Calvin French-Owen and Manik Gupta .

The desktop software takes a note from peers like Superhuman and Command E, allowing users to quickly pull up and modify data with keyboard shortcuts. Users can easily create and re-modify issues in Jira, merge pull requests in GitHub and find documents. The software is very much a developer-focused version of Apple’s Spotlight search that aims to help software engineers navigate with a single tool all the parts of their job that aren’t development work. 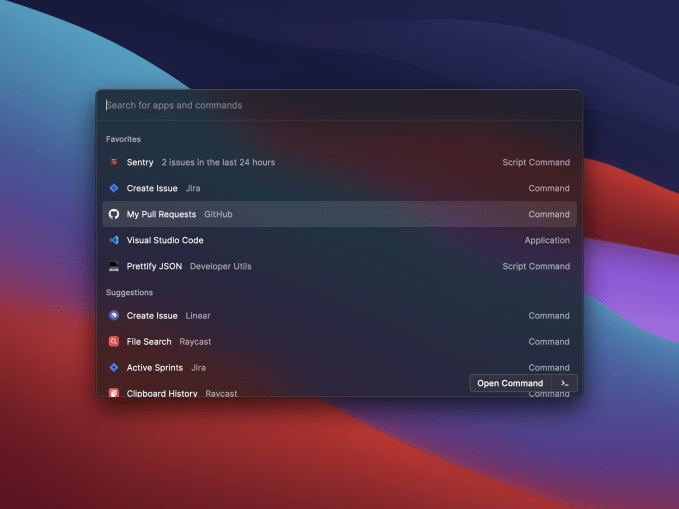 Like plenty of workplace tools startups, one of the keys for Raycast is building out a network of extensions that can encompass a user’s workflow. For now, the software supports integrations from Asana, Jira, Zoom, Linear, G Suite, Calendar, GitHub and Reminders, alongside core functionality that can help manage system settings and a calculator that can handle complex math problems. As the startup launches out of public beta, they’re looking to double down on extensions and are rolling out a developer program for early access to their API.

The Mac-only software is free while in public beta, but the company does plan on charging a monthly subscription for the service eventually, though they aren’t quite ready to talk about pricing yet.

Raycast’s team is interested in appealing to individual users for now, but might eventually expand to becoming a teams-level enterprise product that could help onboard new employees faster by quickly orienting them with their office’s software suite, but that’s all a bit down the road, the team says.