Dataminr raises $475M on a $4.1B valuation for real-time insights based on 100k sources of public data – TechCrunch 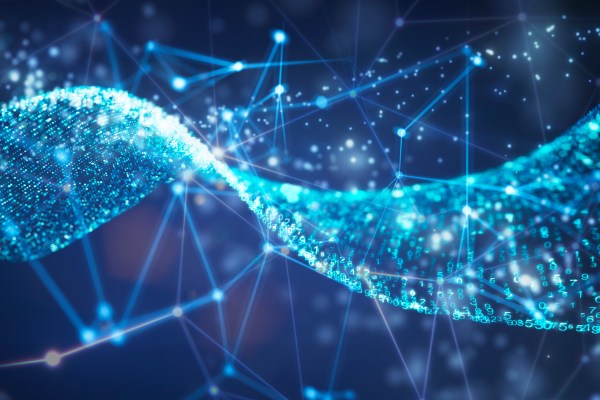 Significant funding news today for one of the startups making a business out of tapping huge, noisy troves of publicly available data across social media, news sites, undisclosed filings and more. Dataminr, which ingests information from a mix of 100,000 public data sources, and then based on that provides customers real-time insights into ongoing events and new developments, has closed on $475 million in new funding. Dataminr has confirmed that this Series F values the company at $4.1 billion as it gears up for an IPO in 2023.

This Series F is coming from a mix of investors including Eldridge (a firm that owns the LA Dodgers but also makes a bunch of other sports, media, tech and other investments), Valor Equity Partners (the firm behind Tesla and many tech startups), MSD Capital (Michael Dell’s fund), Reinvent Capital (Mark Pincus and Reid Hoffman’s firm), ArrowMark Partners, IVP, Eden Global and investment funds managed by Morgan Stanley Tactical Value, among others.

To put its valuation into some context, the New York-based company last raised money in 2018 at a $1.6 billion valuation. And with this latest round, it has now raised over $1 billion in outside funding, based on PitchBook data. This latest round has been in the works for a while and was rumored last week at a lower valuation than what Dataminr ultimately got.

The funding is coming at a critical moment, both for the company and for the world at large.

In terms of the company, Dataminr has been seeing a huge surge of business.

Ted Bailey, the founder and CEO, said in an interview that it will be using the money to continue growing its business in existing areas: adding more corporate customers, expanding in international sales and expanding its AI platform as it gears up for an IPO, most likely in 2023. In addition to being used journalists and newsrooms, NGOs and other public organizations, its corporate business today, Bailey said, includes half of the Fortune 50 and a number of large public sector organizations. Over the last year that large enterprise segment of its customers doubled in revenue growth.

“Whether it’s for physical safety, reputation risk or crisis management, or business intelligence or cybersecurity, we’re providing critical insights on a daily basis,” he said. “All of the events of the recent year have created a sense of urgency, and demand has really surged.”

Activity on the many platforms that Dataminr taps to ingest information has been on the rise for years, but it has grown exponentially in the last year especially as more people spend more time at home and online and away from physically interacting with each other: that means more data for Dataminr to crawl, but also, quite possibly, more at stake for all of us as a result: there is so much more out there than before, and as a result so much more to be gleaned out of that information.

That also means that the wider context of Dataminr’s growth is not quite so clear cut.

The company’s data tools have indeed usefully helped first responders react in crisis situations, feeding them data faster than even their own channels might do; and it provides a number of useful, market-impacting insights to businesses.

But Dataminr’s role in helping its customers — which include policing forces — connect the dots on certain issues has not always been seen as a positive. One controversial accusation made last year was that Dataminr data was being used by police for racial profiling. In years past, it has been barred by specific partners like Twitter from sharing data with intelligence agencies. Twitter used to be a 5% shareholder in the company. Bailey confirmed to me that it no longer is but remains a key partner for data. I’ve contacted Twitter to see if I can get more detail on this and will update the story if and when I learn more. Twitter made $509 million in revenues from services like data licensing in 2020, up by about $45 million on the year before.

In defense of Dataminr, Bailey that the negative spins on what it does result from “misperceptions,” since it can’t track people or do anything proactive. “We deliver alerts on events and it’s [about] a time advantage,” he said, likening it to the Associated Press, but “just earlier.”

“The product can’t be used for surveillance,” Bailey added. “It is prohibited.”

Of course, in the ongoing debate about surveillance, it’s more about how Dataminr’s customers might ultimately use the data that they get through Dataminr’s tools, so the criticism is more about what it might enable rather than what it does directly.

Despite some of those persistent questions about the ethics of AI and other tools and how they are implemented by end users, backers are bullish on the opportunities for Dataminr to continue growing.

Eden Global Partners served as strategic partner for the Series F capital round.

Early Stage is the premier ‘how-to’ event for startup entrepreneurs and investors. You’ll hear first-hand how some of the most successful founders and VCs build their businesses, raise money and manage their portfolios. We’ll cover every aspect of company-building: Fundraising, recruiting, sales, product market fit, PR, marketing and brand building. Each session also has audience participation built-in – there’s ample time included for audience questions and discussion. Use code “TCARTICLE” at checkout to get 20 percent off tickets right here.