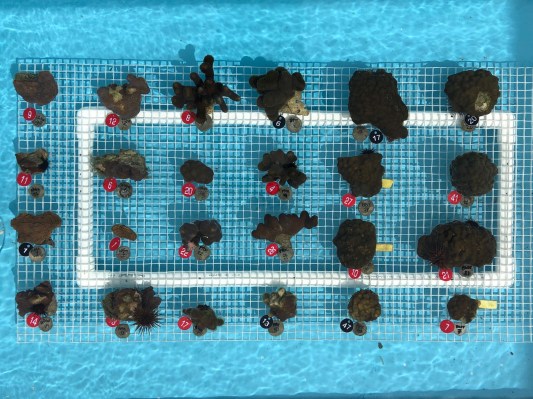 Coral reefs all over the world are struggling to survive, with millions of people and billions of dollars in business that rely on them at risk — on top of the fundamental tragedy of losing such a crucial ecosystem. Coral Vita aims to modernize both coral restoration techniques and the economy surrounding them, and has raised a $2 million seed round to kick things off in earnest.

I wrote about Coral Vita late in 2019 when I encountered co-founder Gator Halpern on the Sustainable Ocean Alliance’s Accelerator at Sea. At the time, the operation was both smaller and under siege by Hurricane Dorian, which wiped out the team’s coral farm in the Bahamas — and then, of course, the pandemic arrived just in time to spoil the team’s 2020 plans along with everyone else’s.

But despite the general chaos of the last year, Coral Vita managed to start and at last close a $2M round, with the intention to come back bigger and better and demonstrate a new global model for the field.

“We decided rather than just rebuilding our pilot farm to that pilot level, we’d just take the next step forward in our journey. We really believe this is an opportunity to jump start a restoration economy,” said Sam Teicher, co-founder and Chief Reef Officer.

To picture how reef restoration looks today, imagine (Teicher invited me) an underwater garden near the shore, with floating ropes and structures on which grow coral fragments that are occasionally harvested and transported to the area in need of young, healthy corals. 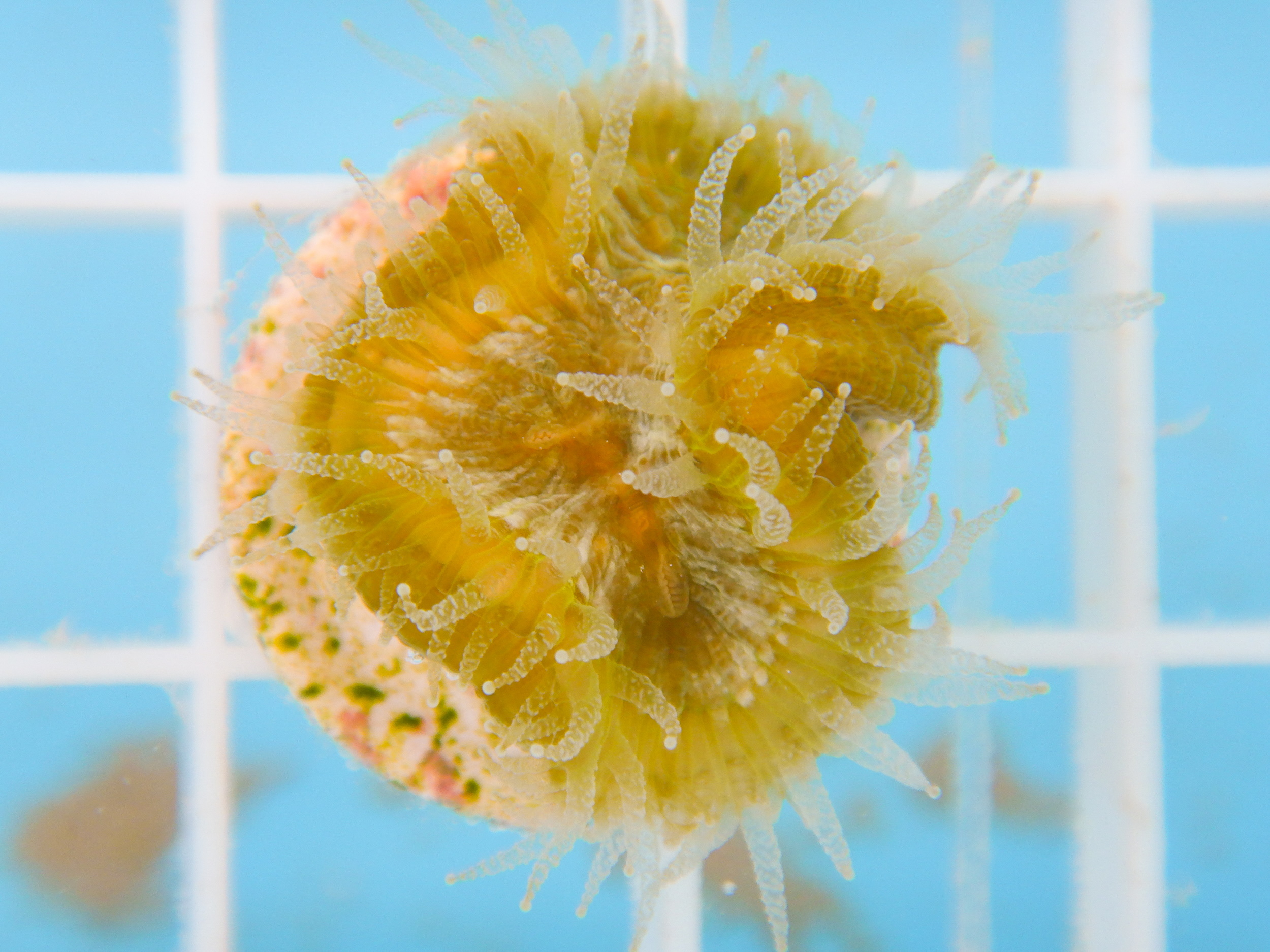 “But when you think about the scale of the problem — half the world’s reef are dead and the other half are predicted to die in the next 30 years — relying on underwater facilities isn’t possible,” he said.

The plan Coral Vita has is to transition away from ocean-based farms to land facilities that allow for much improved yield and survivability, and employ advanced techniques to speed up coral’s growth and increase its survival rate. One such technique is coral fragmenting, developed by the restoration community at large, in which corals are broken up into tiny pieces, which can grow as much as 50 times faster in aggregate. And by doing so on land they can exert much more control over the coral’s attributes.

“We’ve got tanks on land with clean sea water pumping through and the ability, among other things, to control conditions,” he explained. “So if you think of what it’ll be like off the coast of Grand Bahama in 40-50 years, we can essentially simulate that to harden the corals against those conditions. Up front, an ocean-based nursery is much cheaper, but when you start thinking about the need to grow millions or billions of corals around the world, land-based facilities start to look a lot more realistic. The cost goes down with scale, too — ocean-based nurseries go to about $30-40 per coral; we can get it down to $10 as we get up to a hundred or a thousand tanks.”

On the left, a Bahamanian tourism official (far left) listens to Sam Teicher. On the right, Gator Halpern (center) talks with others before the pandemic.

Not only is the physical scale limited at present, but the income sources are as well: often it’s government money instead of the inexhaustible well of private cash. Coral Vita hopes to be able to change that by increasing and diversifying supply and going directly to those affected.

“We’re trying to transform the space away from grants and aid — we’re selling to customers that depend on the ecosystems of reefs,” Teicher said. “If you’re a hotel that relies on scuba or snorkel tourists, if you’re a coastal property owner or insurer, a government, a development bank, a cruise line, you can hire Coral Vita to restore the reefs that you work on.”

This superficially mercenary business model where commercially important reefs get priority wouldn’t be necessary, of course, if governments and industry hadn’t systematically neglected these reefs to begin with. Not that privately funded projects are somehow fundamentally tainted, but this type of restoration work tends to be seen as the milieu of nonprofits and government agencies. One might consider this approach a direct, if late, tax that cuts out the government middle man.

The fact is this is globally crucial work that needs to start now, not in five or ten years when the correct conservation funds are organized by concerned parties. Every month counts when reefs are actively deteriorating, and private money is the only realistic option to scale up fast and do what needs to be done. Plus, as the process becomes cheaper, it becomes easier to fund projects without commercial backing. 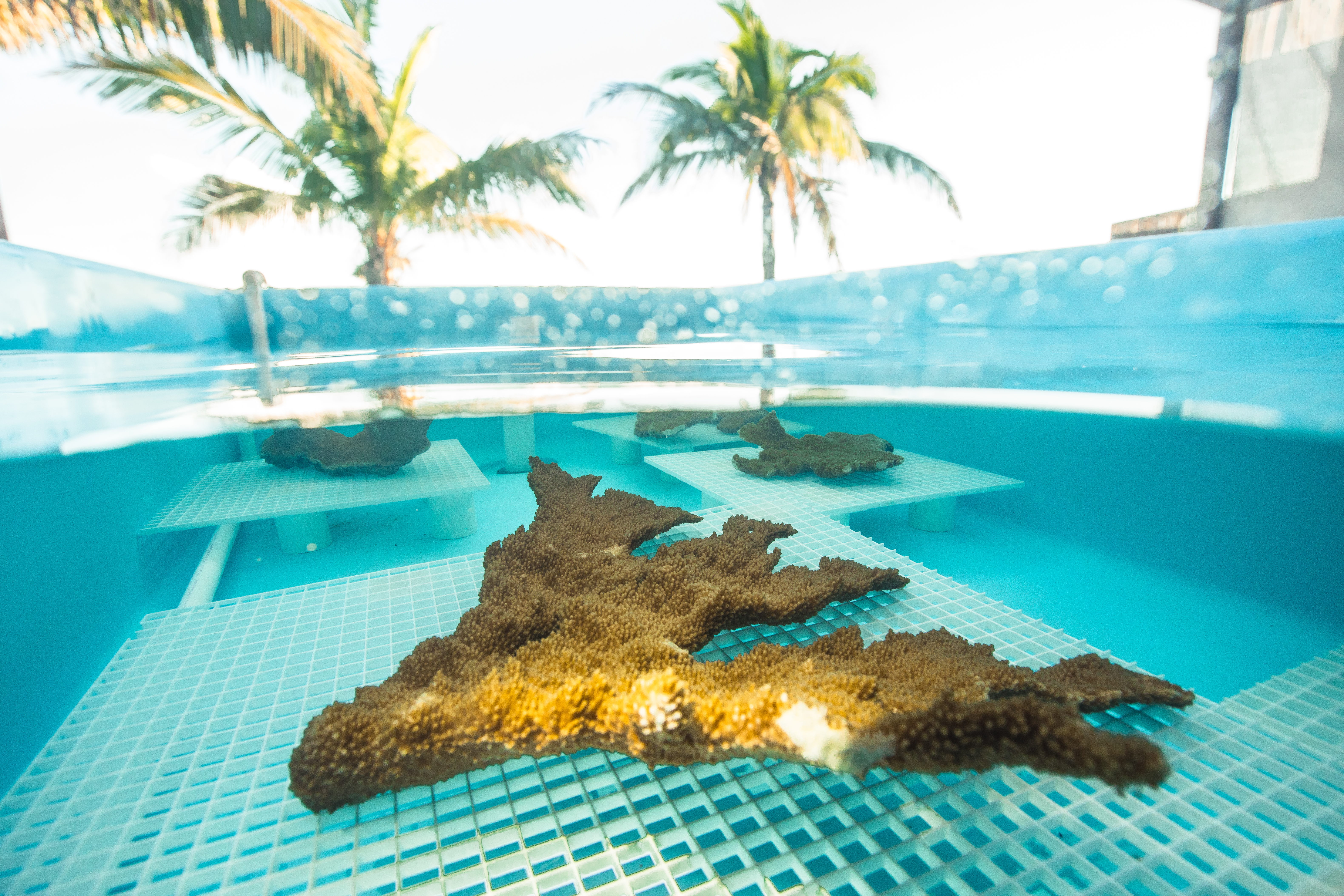 “On top of that is the ability to innovate,” added Teicher. “What we’re trying to do with this round is to make advances to the science and engineering, including 3D printing and robotics in the process. We’re launching R&D projects not just for restoration but protection.”

He cited Tom Chi, co-founder of Google X and an early advisor and investor, as someone who has pushed on the automation side, comparing the industry to agriculture, where robotics is currently having a transformative effect.

Proving out the scalable land-based farms opens up the possibility of a global presence, as well — lowering costs and lead times for corals to be brought to where they’re needed.

“We’re at a point where we need to rethink adaptation and how to fund it,” said Teicher. “The two year plan is to launch more farms in other countries — ultimately we want this to be the biggest coral farm that ever existed.”

Leading the $2M round was the environment-focused Builders Collective, with participation from Apollo Projects’ Max Altman and baseball’s Max and Erica Scherzer. Earlier investors (in a pre-seed or “Seed one” round) include the Sustainable Ocean Alliance, Tom Chi as mentioned, Adam Draper, Yale University, and Sven and Kristen Lindblad.