Conan is coming to Disrupt 2020 – TechCrunch 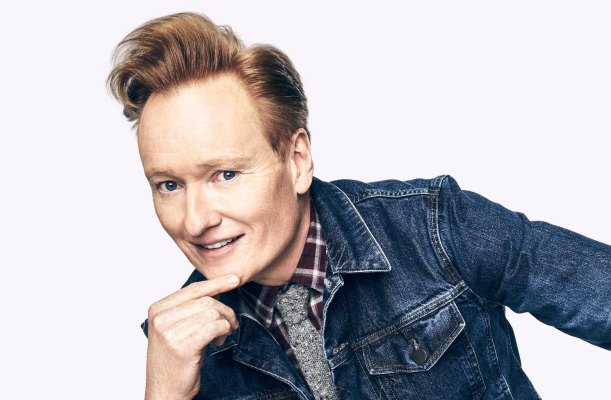 In 2010, TV show host Conan O’Brien was abruptly asked to give up the time slot he’d been handed just six months earlier by his longtime employer NBC. Instead, he famously gave the network the figurative finger, taking his act to the basic cable network TBS later that same year and — embraced by legions of fans who tweeted “I’m with CoCo” in the aftermath of the NBC fiasco — launching an online media company of his own, Team Coco.

Network executives might have tried laughing off these moves, but O’Brien has in subsequent years become more ubiquitous, and more popular, than ever because of them. While TV viewing has grown increasingly splintered, he has attracted 28.5 million Twitter followers, and Team Coco has garnered more than 8 million YouTube subscribers. Meanwhile, his nearly two-year-old podcast, “Conan O’Brien Needs a Friend,” is now among the most popular podcasts in the country.

O’Brien isn’t one to be complacent. Not only has he continued his TBS show over Zoom throughout the pandemic, hosting unstructured one-on-on interviews with a wide range of guests, but not a week has gone by that Team Coco hasn’t published O’Brien’s weekly podcast. This despite that in late July, O’Brien and his cohosts — Matt Gourley, the show’s producer, and O’Brien’s “trusty assistant” Sona Movsesian — affectionately announced they were taking a needed break from one other.

As he told Variety last year, the podcast “is a big part of people’s lives. They put on their earbuds, and you’re with them at the gym or on the subway. I never foresaw how much this show would mean to people.”

It’s partly because of O’Brien’s work ethic that we’re so ecstatic he’s joining us for this year’s TechCrunch Disrupt. We have a million questions for him, and we’re especially eager to talk about what he and his team have built so far with Team Coco — and where they plan to take the company in the coming years. More diversification seems to be in the cards, certainly. Among the other podcasts it has spun up, for example, are “Literally! With Rob Lowe,” and “In Bed with Nick and Megan.”

We also want to talk with O’Brien about working without a live audience this year for the first time; whether he ever worried that his visual brand of comedy might not work in podcast form; and how he thinks about some of the rich podcasting deals to be struck in recent years by Spotify.

Not last, we’d like to hear from O’Brien how his online momentum has him feeling about maintaining a TV show once his agreement with TBS expires at the end of 2022. As O’Brien — who has hosted a late-night show since 1993 — told Variety in that same interview, his own TV habits have changed completely in recent years. “I used to be someone who checked out late-night TV all the time. But I wouldn’t be watching me right now. I’d be binge-watching ‘Killing Eve.’”

You won’t want to miss this very special conversation with O’Brien, a self-described “national treasure” and “voice of the people.” (He adds in his Twitter profile, “Sorry, people.”)

Disrupt 2020 runs from September 14 through September 18 and will be 100% virtual this year. Get your front row seat to see O’Brien live with a Disrupt Digital Pro Pass or a Digital Startup Alley Exhibitor Package. We’re excited to see you there.