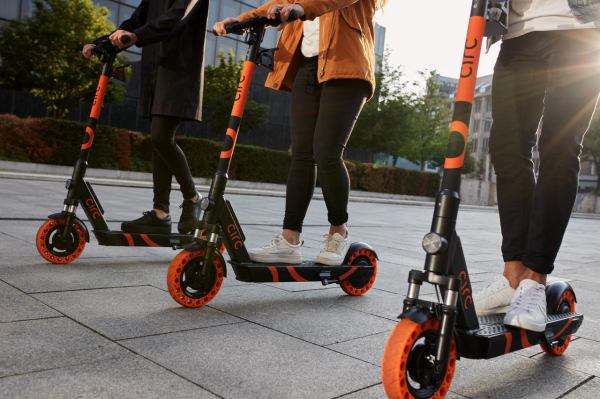 Circ, the Berlin-based e-scooter rentals — or so-called micro-mobility — company founded by Lukasz Gadowski of Delivery Hero fame, has made a number of layoff, TechCrunch has learned.

This has seen a reduction in headcount in its HQ and other regional operations. The exact number isn’t clear, although once source placed it at around 50 people or less than 10% of employees.

Confirming the restructuring, Circ issued the following statement, citing the move to swappable batteries and a shift of focus to “efficiency and ops excellence”:

After fast growth in the initial stage now we focus on efficiency and ops excellence, including switching our operations mode to swappable battery scooters, [we] just introduced the Circ “KAISER” vehicle in a few German cities. Apart from being more cost efficient that is also more sustainable (cargo bikes instead of vans).

I managed to get Gadowski on a call and he added some further context to the layoffs, citing three reasons behind the decision to reduce headcount: seasonality, operational learnings, and indeed the move to e-scooters with swappable batteries.

“It’s a seasonal business, we have less riders in the winter than summer,” explained the Circ founder. “In winter you can expect less than 50% of your summer rides, with the current micro-mobility devices. That may change in the future”.

With regards to operational learnings, Gadowski says the company needed to learn how to operate a micro-mobility service across many markets simultaneously. “Basically figure out how to be more efficient, how to run a micro-mobility operation; it’s not optimised yet and we learned over the summer”.

He also conceded that, within the micro-mobility space more generally, there had been something of a land grab strategy that is now perhaps inevitably shifting towards greater emphasis on capital efficiency. “When we started this there was a focus on time to market but now it is not about time to market but efficiency,” he tells me.

“What happens at the moment is we have warehouses where we store the scooters, maintain them and charge the batteries. Vans bring them into the city hotspots, the user rides them, then vans pick them up again where they are maintained or batteries charged. And now this changes to swappable batteries operations in which the vehicles are equipped with batteries that are swappable so you charge only the battery in the warehouse… and mechanics do light maintenance in-field. This requires less people because it is more operations efficient”. The Circ KAISER, equipped with a swappable battery system

Meanwhile, Circ shared some updated metrics with TechCrunch. The company says it has enabled approximately 10 million rides to date and has 3 million registered customers. It operates in more than 40 cities across 14 European countries, in addition to United Arab Emirates.

In addition, I’m told that this year Circ has seen “positive unit economics” in cities in about 1/3rd of its countries (5 out of 14). “In 2020 we expect to be unit economic profitable across the group,” a spokesperson tells TechCrunch.

Circ — then called Flash —raised €55 million in Series A funding in January, with Target Global leading the round via its mobility fund.