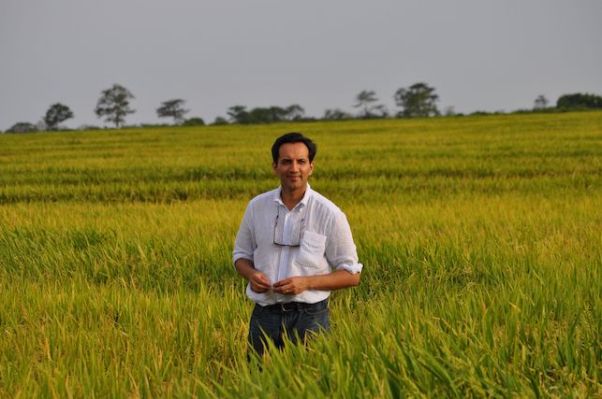 Climate risk, including extreme events and the related pressures our environment, are fundamentally affecting the way businesses and governments operate — both tactically and strategically. Increasing climate volatility is causing food supply disruptions and increasing pressure on Enterprises (including financial institutions, insurers and producers) to disclose what’s going on.

The trouble is, while there is a lot of data about all this, its complexity, incompleteness and sheer volume is too vast for humans to process with the tools available today. So just as the climate changes, we are faced with “data chaos.” Equally, other parts of the world suffer from data scarcity, making it much harder to provide useful and timely analysis.

So the challenge is to address these issues simultaneously. So a new startup, Cervest, has created an AI-driven platform designed to inform the decision-making capabilities of businesses, governments and growers in the face of increasing climate volatility.

Cervest, has now closed a £3.7 million investment round to fund the launch of its real-time, climate forecasting platform.

The round was led by deep-tech investor Future Positive Capital, with co-investor Astanor Ventures . The seed-stage funding round brings the company’s total funding to more than £4.5 million.

Built on three years of research and development by a team of scientists, mathematicians, developers and engineers, Cervest says its Earth Science AI platform can analyze billions of data points to forecast how changes in the climate will impact the future of entire countries, right down to individual landscapes.

It does this by combining research and modeling techniques taken from proven Earth sciences — including atmospheric science, meteorology, hydrology and agronomy — with artificial intelligence, imaging, machine learning and Bayesian statistics.

Using large collections of satellite imagery and probability theory, the platform can identify signals, or early-warning signs, of extreme events such as floods, fires and strong winds. It also can spot changes in soil health and identify water risk.

Cervest says the platform could do such things as reveal the optimum location to build a new factory; warn a wheat grower that their crop yield isn’t expected to meet its targets; or be used by insurers to help them set premiums for the next 12 months.

The team comes from a network of more than 30 universities, including Imperial College, The Alan Turing Institute, Cambridge, UCL, Harvard and Oxford, and has published more than 60 peer-reviewed scientific papers.

Iggy Bassi, founder & CEO, Cervest said: “Our goal is to empower everyone to make informed decisions that improve the long-term resilience of our planet. Today decision-makers are struggling with climate uncertainty and extreme events and how they are affecting their business operations, assets, investments, or policy choices.”

Sofia Hmich, founder, Future Positive Capital said: “With reports suggesting we have fewer than 60 years of farming left unless drastic action is taken, the need for science-backed decisions could not be greater. Businesses and policymakers hold the key to change and with access to Cervest’s proprietary AI technology they can start to make that change a reality at low cost — before it’s too late.”

Cervest was inspired by Bassi’s experience building a farm-to-market agribusiness whilst confronting first-hand the impacts of climate and natural resource volatilities.

The Cervest team includes eight scientists and four PhDs. Between them, they have published more than 60 peer-reviewed scientific papers with more than 3,000 citations in high-profile titles, including Nature, Proceedings of the National Academy of Sciences and The Royal Statistical Society.