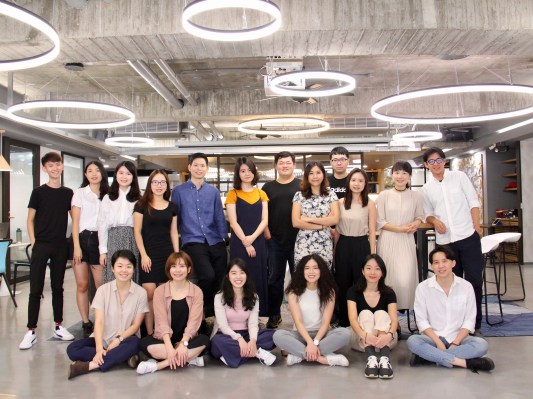 CakeResume is a startup creating an alternative for the tech industry to job search platforms like LinkedIn. The Taipei-based company, founded in 2016, announced today that it has raised $900,000 in seed funding from Mynavi, one of the largest staffing and public relations companies in Japan. The round will be used to expand CakeResume’s operations in other countries, including Japan and India.

Founder and chief executive officer Trantor Liu, who was a full-stack web developer at Codementor before launching CakeResume, said the startup’s goal is to have the biggest pool of tech talent in Asia. The platform currently has about 500,000 resumes in its database, 75% of which were created by job seekers in Taiwan. More than 3,000 employers, ranging from startups like Appier to large companies like Amazon Web Services, TSMC, Nvidia and Tesla, use it for recruitment.

The other 25% of resumes come from countries including India, Indonesia and the United States. CakeResume plans to expand in Japan with the help of Mynavi, a strategic investor, and is also seeking partnerships in Southeast and South Asia with recruiters. Liu said CakeResume has a particularly high conversion rate in India, and its goal is to build a pool of at least 100,000 resumes there.

In statement about its decision to invest in CakeResume, a Mynavi represenative said, “The global shortage of IT engineers is becoming more apparent and we are focusing on services related to IT talent in Asia. Among them, CakeResume’s service is excellent in product design, and the service is already used by many talent in the country,” adding that it expects the platform to become “the largest IT talent pool in Asia in the near future.”

In Taiwan, CakeResume’s main rivals are LinkedIn and job search site 104.com.tw. It also competes against other job sites like AngelList, Indeed and Glassdoor.

CakeResume differentiates by giving tech professionals more ways to show off their skills, since many tech companies want more in-depth resumes than the traditional one-pagers used in other fields. The startup was named because its resume builder enables job seekers to add more layers of information, like assembling a cake. For example, CakeResume’s template allows engineers to embed projects from GitHub, while designers can add data visualizations, instead of just including links to them.

“We aren’t just providing a form to fill in that you can then download as a formatted PDF resume. We want to allow you to be more creative,” said Liu. “You can easily embed project images and add descriptions, which makes it easier for HR to understand what you can contribute.”

Another difference between CakeResume and its competitors is that most people who create a profile are actively seeking new positions, instead of professional networking opportunities. Since it is also tailored for the tech industry, recruiters have a higher chance of getting responses from interested candidates, Liu said.

“We recently got a review from one of our clients, and they said when they used our platform to contact talent, they got about a 50% reply rate, but on LinkedIn it might be less than 10%,” he added.

Before the COVID-19 pandemic, many job seekers were willing to relocate, but chief operating officer Wei-Cheng Hsieh said CakeResume is now focusing more on helping people find remote jobs. More tech companies, including Facebook and Google, are extending their work from home policies until at least summer 2021.

Though many job postings still specify a location, Liu said CakeResume’s team anticipates this will change as companies continue adapting to the pandemic. While CakeResume will remain focused on matching applicants to jobs instead of networking, it also also testing some social features to help workers around the world connect with companies and each other.